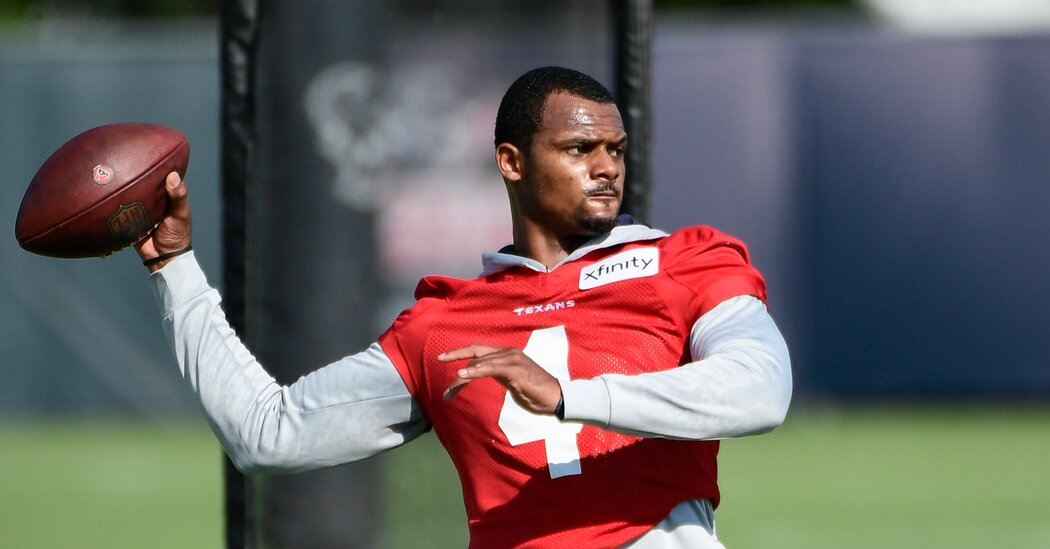 Rusty Hardin, who represents Watson, issued a statement on March 19 calling the allegations against his client “meritless” and released a more detailed statement on March 23, in which he refuted the veracity of all the claims and described the first of two allegations of sexual assault as a blackmail attempt.

In another statement, issued on March 31, Hardin highlighted firsthand testimonials of 18 massage therapists who said they had worked with Watson over the past five years without experiencing any of the behavior described by the plaintiffs in the lawsuits.

At a news conference on April 9, Hardin acknowledged that Watson took part in sexual acts with some of the women, but claimed they were all consensual.

“Never at any time, under any circumstances, did this young man engage in anything that was not mutually desired,” Hardin said.

Buzbee, in a statement released on April 13, denied that argument.

“Mr. Watson may now claim he had consent to do what he did to these victims, but let’s be clear — in their minds he didn’t have consent, PERIOD,” the statement said.

The status of the criminal investigations into Watson’s conduct is unclear.

Watson has not talked with police investigators, Hardin told The Times on Sept. 3. “The police have made no attempt to reach out to Deshaun, and we don’t expect law enforcement to do so until they complete an investigation,” Hardin said.