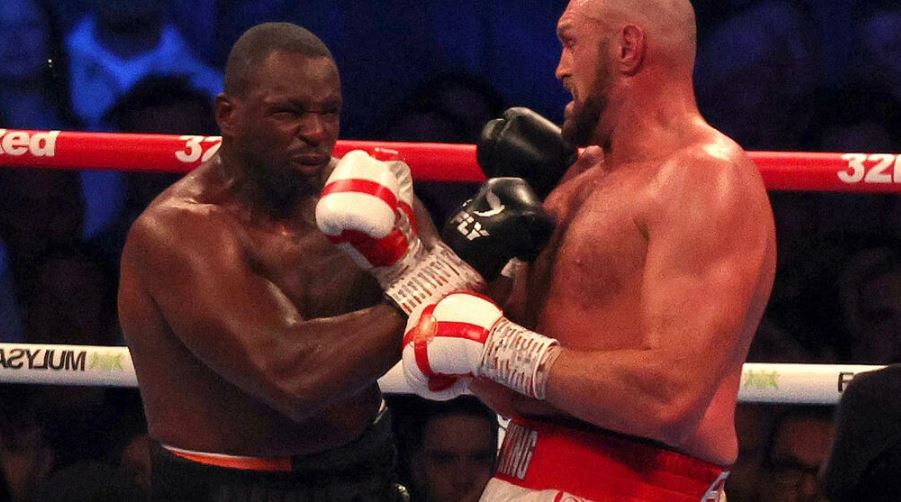 Fury retained his world title with a sixth round stoppage against Whyte, the British star ending the bout with a devastating upper cut.

However, Whyte believes the referee should have penalised Fury for shoving him before his head thumped against the canvas.

“I was buzzed but obviously I was trying to regather my senses and he proper pushed me and I fell over and hit my head on the canvas, which is illegal,” Whyte told Sky Sports on Monday.

“This isn’t wrestling, this is boxing. I should have been allowed extra time to recover and then carried on fighting.

“I got caught, no doubt about it. I got caught by a good shot. I was hurt, I was trying to get my senses together and he full on, two-handed pushed me. It wasn’t like a one-armed thing.

“I should have had time to recover, time to go back to my corner, but Tyson Fury gets away with a lot of things.”

Whyte claimed Fury headbutted him after he sustained a gash over his right eye, the first time the Briton had sustained a cut in 31 professional fights.

“He kept on leaning down to the side and putting the head in and stuff like that,” he said.

“He leans down and he put the head in, he clashed with me and I got the cut and obviously the ref started telling me off.

“The fight spiralled a bit, until he started punching me in the back of the head. I started doing it to him and then his corner started throwing water and stuff like that, which was a bit crazy.