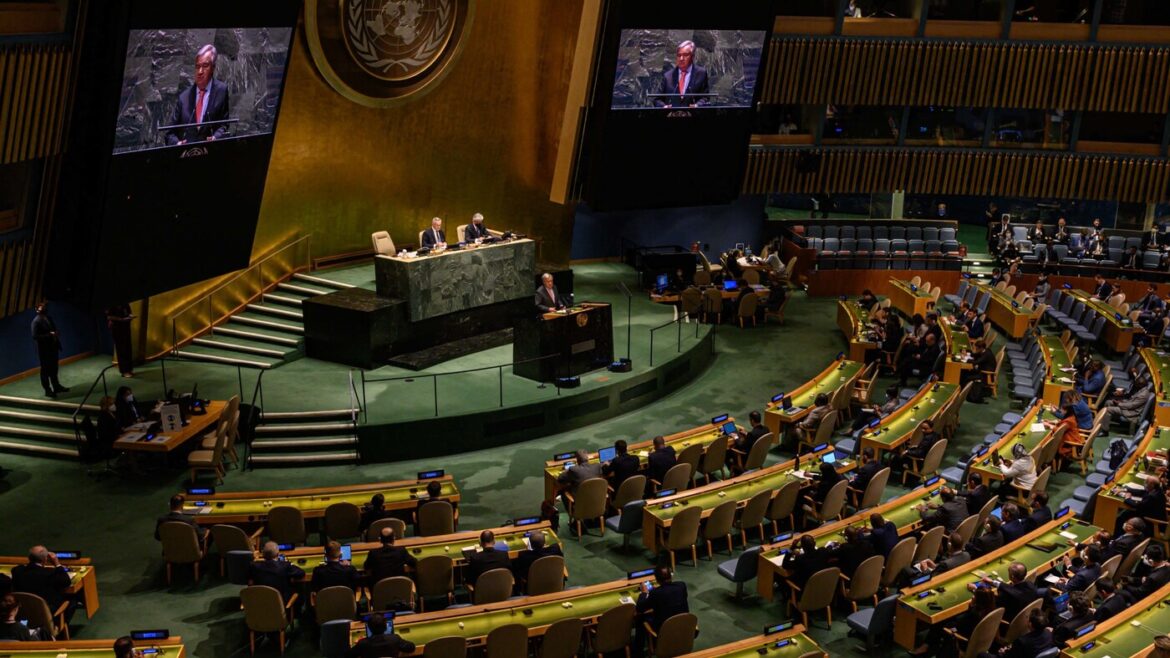 U.N. Secretary-General António Guterres says we are facing “a time of nuclear danger not seen since the height of the Cold War.” His remarks came at the 2022 Review Conference of the Parties to the Treaty on the Non-Proliferation of Nuclear Weapons at the United Nations in New York City. 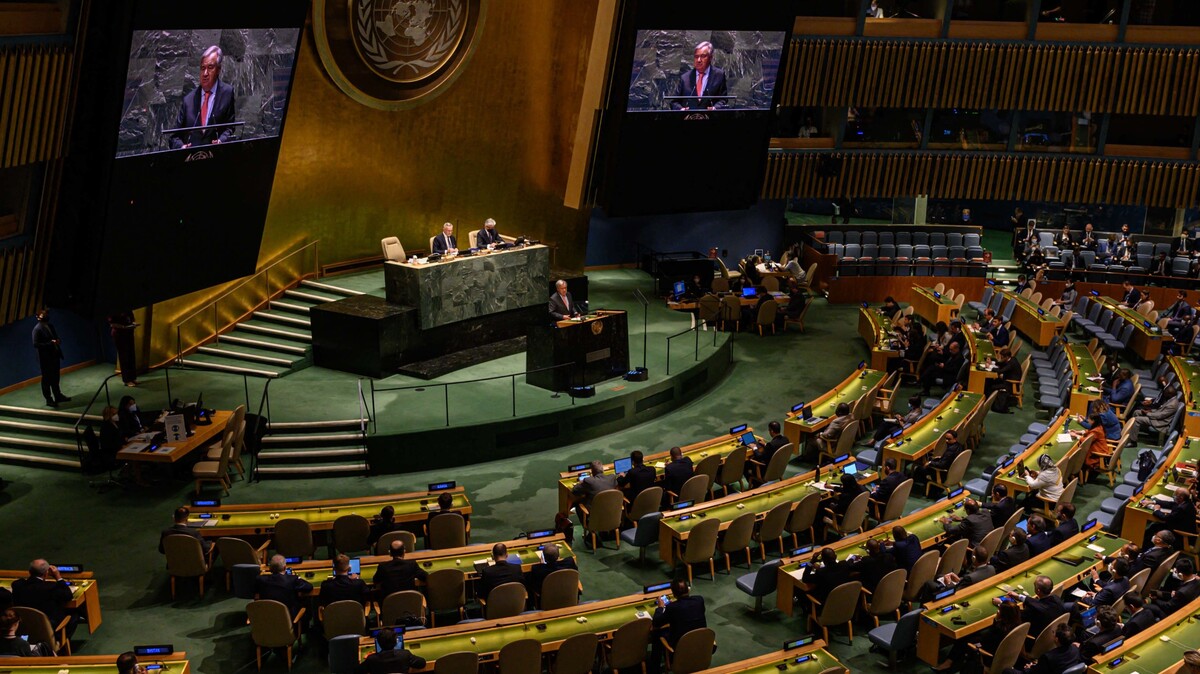 U.N. Secretary-General António Guterres says we are facing “a time of nuclear danger not seen since the height of the Cold War.” His remarks came at the 2022 Review Conference of the Parties to the Treaty on the Non-Proliferation of Nuclear Weapons at the United Nations in New York City.

The world is now enduring greater stress than any time in recent decades, according to U.N. Secretary-General António Guterres. And while humanity has so far avoided “the suicidal mistake of nuclear conflict,” he said, tensions are hitting new highs at a time when many lessons of the past seem forgotten.

“Today, humanity is just one misunderstanding, one miscalculation away from nuclear annihilation,” the world’s top diplomat said at a U.N. conference on the non-proliferation of nuclear weapons in New York City.

It’s not the first time such a dire warning has been issued about the catastrophic risks posed by nuclear weapons. Here’s a brief look at why Guterres and others are raising the alarm now:

Global politics are in dire shape

“The climate crisis, stark inequalities, conflicts and human rights violations, and the personal and economic devastation caused by the COVID-19 pandemic, have put our world under greater stress than it has faced in our lifetimes,” Guterres said.

The U.N. leader also highlighted Russia’s invasion of Ukraine, saying we are facing “a time of nuclear danger not seen since the height of the Cold War.”

Russia has repeatedly threatened nuclear retaliation against any country that directly interferes in his country’s brutal invasion of Ukraine.

Judging Russia’s willingness to use a nuclear weapon, Fred Kaplan, author of The Bomb: Presidents, Generals, and the Secret History of Nuclear War, told NPR in March that “there’s a higher chance of something like that happening maybe than any time since the Cuban missile crisis.”

Nuclear arsenals are growing and being modernized

The high tensions make it more likely countries will look to increase and modernize their nuclear holdings rather than reduce them, according to the International Campaign to Abolish Nuclear Weapons, or ICAN, which won the Nobel Peace Prize in 2017.

“At the same time, all five nuclear-armed NPT [non-proliferation treaty] member states are violating their disarmament obligations under the treaty and increasing the risk of catastrophic nuclear war,” ICAN executive director Beatrice Fihn said in a statement about the U.N. conference.

The increases in weapons stockpiles are reversing years of progress following the Cold War, Guterres said.

“States are seeking false security in stockpiling and spending hundreds of billions of dollars on doomsday weapons that have no place on our planet,” he said, noting the prevailing atmosphere of competition and distrust.

“Almost 13,000 nuclear weapons are now being held in arsenals around the world,” according to Guterres.

Even before the Ukraine crisis, the trend was well-established and wide-ranging. Late last year, for instance, India tested a newly updated version of its nuclear-capable ballistic missile — one of several advances in its nuclear arsenal, as noted by the Nuclear Information Project at the Federation of American Scientists.

The Hiroshima anniversary is approaching

Guterres is poised to travel to Hiroshima this weekend to mark the anniversary of the world’s first nuclear attack, by the U.S. on Japan.

Japanese Prime Minister Fumio Kishida, who is from Hiroshima, addressed the U.N. conference on Monday, calling on all nuclear-armed countries to act responsibly.

Kishida voiced Japan’s support for U.S.-Russia talks on potential stockpile reductions, and he said his country “encourages the U.S. and China to engage in a bilateral dialogue on nuclear arms control and disarmament.”

Kishida brought with him a folded paper crane, an homage to Sasaki Sadako, the Japanese girl who survived the Hiroshima attack when she was two years old but died of leukemia 10 years later. Her origami cranes have become a symbol of the wish to live without the threat of nuclear war.

Since the first U.N. non-proliferation conference in 1975, the roughly month-long meetings have normally been held every five years. But the pandemic forced the 2020 sessions to be postponed until now.