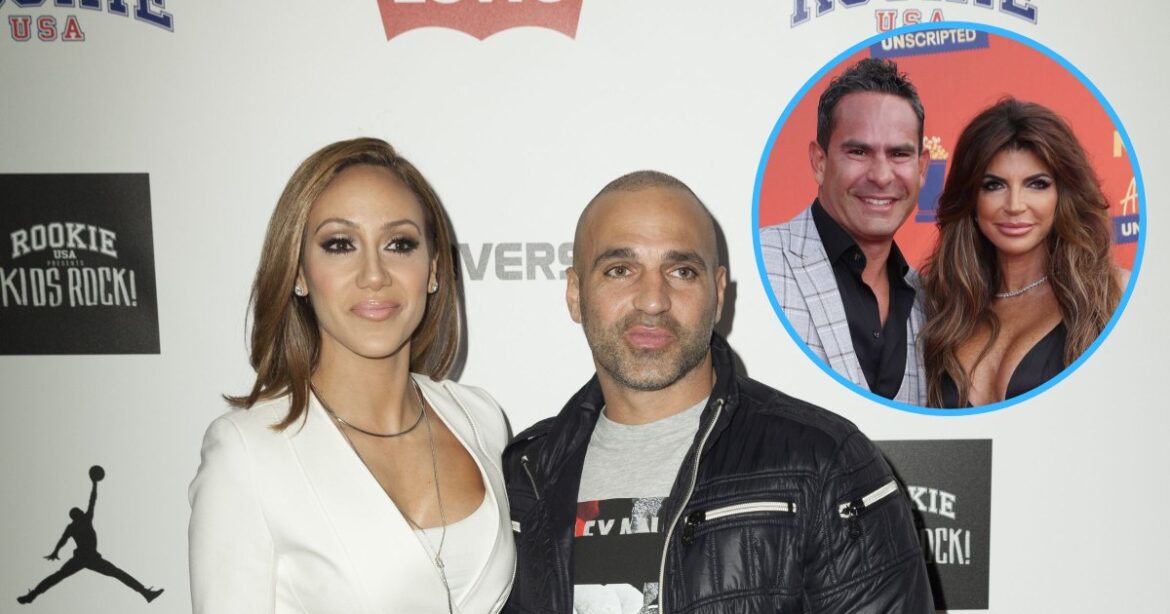 Family drama! While several Real Housewives of New Jersey cast members attended Teresa Giudice and Luis Ruelas’ wedding, two stars that weren’t in attendance were the bride’s brother, Joe Gorga, and sister-in-law, Melissa Gorga. Here’s everything we know about why they didn’t attend the ceremony.

Joe, 42, and Melissa, 43, reportedly opted to skip Teresa’s wedding after the trio had a blowout while filming season 13 of the Bravo show.

Following the ceremony on August 6, one source told People that Joe and Melissa had planned to attend the wedding up until Thursday night. They changed their minds when false rumors about their marriage surfaced while filming. According to the insider, Teresa’s involvement in the drama and Luis’ behavior led the Gorgas to skip the ceremony.

“Teresa betrayed them in a way that’s unforgivable,” one source claimed. “They’re not going to celebrate Teresa’s new marriage when all she does is try to tear apart theirs.”

“It’s telling that Teresa didn’t have one relative at her wedding,” the source added, pointing out that the longtime RHONJ star’s estranged cousins Kathy Wakile and Rosie Pierri were also not present. “But that’s the choice Teresa made.”

An additional source told the outlet that Joe and Melissa’s decision was driven by a desire to protect themselves from the attacks they’ve received from Teresa over the years. 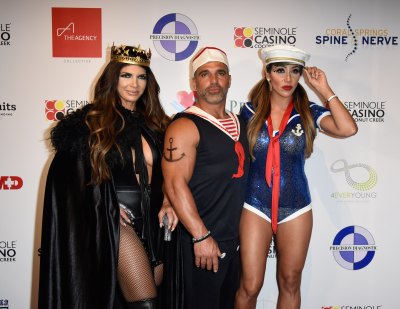 “Viewers will see, but after the continued attacks, it’s clear the healthiest thing for Joe and Melissa to do is walk away,” they said. “They just want to find peace, especially for their three children.”

“Melissa and Joe’s efforts to make family a priority with Teresa are exhausted,” the insider continued. “Sometimes removing the toxic energy from your life is the only way forward.”

According to the BestofBravo fan Instagram account, Teresa’s feud with the couple stemmed from rumors that Melissa cheated on Joe.

Melissa’s cousin alluded to the cheating rumors in an Instagram Stories post on August 5. “I’m the only other boy this girl kisses,” he wrote alongside a selfie with the TV personality.

The recent allegations are not the first time Teresa has accused Melissa of cheating. In June 2013, the mother of four discussed rumors that her sister-in-law had an affair with an ex-boyfriend. After Joe called his siter “scum” for spreading the rumor, he got into a physical altercation with Teresa’s then-husband, Joe Giudice, during a trip to Lake George.

One month later, Melissa’s former BFF Jan DeDolce further fueled rumors by telling people that she cheated on Joe with her ex.

However, Melissa denied the allegations. “I’ve never cheated on Joe,” she told Us Weekly at the time. “This is all disappointing.”

RHONJ alum Kim DePaola weighed in on the cheating rumors during the August 13 episode of the “Behind the Velvet Rope with David Yontef” podcast. “This is a hearsay thing,” Kim, 61, said, claiming the allegation is “not true” and is just “a bunch of bull.”

What Did Melissa Gorga and Joe Gorga Do Instead of Attending Teresa Giudice’s Wedding?

Instead of attending the wedding, Melissa and Joe spent time with her family. While sharing a photo of the group on August 5, Joe wrote via his Instagram Stories, “Blood doesn’t make you family.”

The Love Italian Style: The Secrets of My Hot and Happy Marriage author also seemed to snub Teresa when sharing a video of the group dancing. “God blessed me with an amazing family,” the reality star captioned a video of the gathering.

She then shared a meme of Pete Davidson, who recently broke up with ex Kim Kardashian, flashing a peace sign. “Pete, Tristan [and] the Gorga’s rolling into the weekend like …” the caption stated, while Melissa added a crying-laughing emoji.

Joe and Melissa weren’t the only people to throw shade at the bride. One of her family members shared a video of the group dancing and said the bash was “way better than a wedding.”

On August 8, a report surfaced claiming that Teresa sent a bill to Melissa and Joe for their meal since they had previously sent back their R.S.V.P. but didn’t attend the wedding. Teresa’s friend and RHONJ costar Jennifer Aydin took to Twitter to slam the claims.

“I just saw some wackadoo #fakenews and Teresa and Louie would NEVER be so petty #facts,” Jennifer tweeted.

Instagram fanpage All About The Real Housewives reposted a screenshot of Jennifer’s message and Louie took to the comments to further clarify the rumors and break his silence on the drama between him, Teresa and the Gorgas.

“We would never in a million years ask for money from Joe and Melissa – we are not petty,” he commented on August 9. “Joe and Melissa were missed ❤️.”