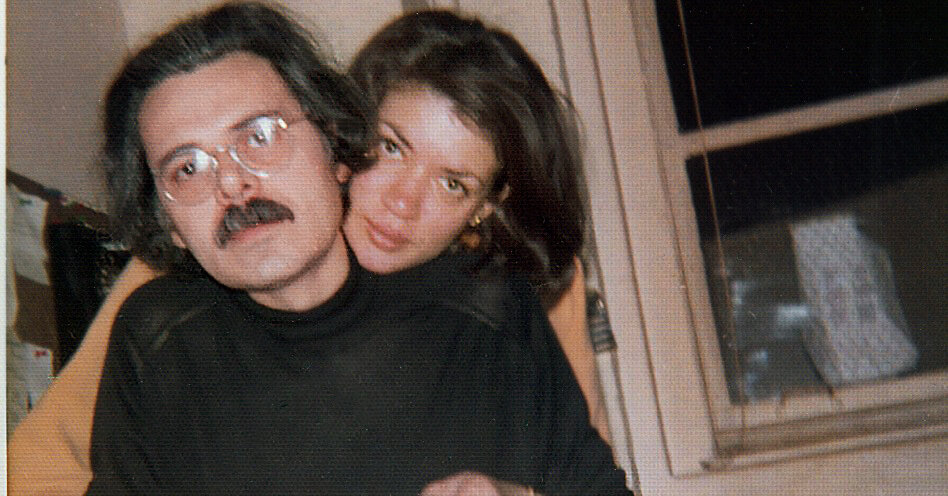 As I was reading Christopher Sorrentino’s “Now Beacon, Now Sea,” I heard Rodrigo Garcia, son of Gabriel García Márquez, on the radio, talking about his new memoir, “A Farewell to Gabo and Mercedes.” Garcia’s book is a loving chronicle of the last days of his larger-than-life father and loyal mother. Sorrentino’s book, too, is about his novelist father and his parents’ deaths. Both have the subtitle “A Son’s Memoir.” But “Now Beacon, Now Sea” is no tender tribute. Listening to Garcia speak, I realized that Sorrentino was working in a decidedly different genre: His “son’s memoir” is more autopsy than eulogy.

Sorrentino’s father, Gilbert, was an avant-gardist more prolific than famous, who died in an under-resourced hospital in Brooklyn as his son was en route; his wife, Vicki, who is the real subject of this book and a truly fascinating one, died under even grimmer circumstances. Her decaying body, discovered by her son in her Bay Ridge apartment, is the striking opening image of the book. An autopsy was never ordered.

Acute, intimate and exceedingly fair, Sorrentino’s memoir is a post-mortem that examines not the causes of his parents’ deaths but the endurance and effects of their confounding marriage. Why did two people so poorly matched willingly stay together more than half a century? What did it cost each of them? What did it cost their son?

Sorrentino begins with the inherited family narratives of Vicki, the daughter of immigrants from Puerto Rico whose birth certificate classifies her as Black but whose story of racial passing is as complicated as any other aspect of her identity. She seems determined not to be Puerto Rican, yet she vigorously disapproves of the affectations of white New York: Her son believes “she wasn’t seeking a bourgeois foothold on life, but an enlightened one.”

Vicki is a product of the kill-or-be-killed Lower East Side, and the scenes set there in the family’s early days in the 1960s, before they moved to a brittle, elite art commune in Greenwich Village, are fierce and vivid. Sorrentino writes that there was “a certain neither/nor-ness in my mother’s attitude toward the world.” She develops, almost proudly, her own collection of contradictions.

While the elder Sorrentino gains his son’s devotion — and perhaps unjustly escapes some of the parental chaos — through a maddeningly regular routine, Vicki seems consumed by her own dissatisfaction. Despite his best efforts to construct what we now call “boundaries,” Sorrentino aches to gain his mother’s acceptance, a lifelong effort that often results in disappointment.

This all probably sounds very depressing. But more than resentment or self-pity or even grief, what animates this memoir is the very human curiosity about the psychology of one’s parents and therefore the preconditions of one’s own life. One therapist diagnoses Gilbert and Vicki as “codependent”; readers might use other terms for members of the family — “narcissist,” “bully,” “abuser,” “enabler,” “victim.” But Sorrentino is wary of leaning on the language of trauma, helpful as it might be, to prescribe familiar roles to his parents, or for that matter, to himself. He is more interested in describing the way it feels to exist in a dysfunctional, sometimes estranged, always paradoxical family — unhappy in its own way — from the inside out, and each description feels truer than the last, closer to the center of the family’s shared nervous system: “I did not think about what made her happy or unhappy; I felt only that my own unhappiness with the situation was the price for having escaped from confinement within the narrowest definition of what it was to be myself.”

Sorrentino is the author of four novels himself, including the National Book Award finalist “Trance.” “Now Beacon, Now Sea,” his first memoir, is perhaps more straightforward than his voicey, plotty novels, and he indulges in novelistic and cinematic flourishes — cascading lists, lyrical still lifes — only occasionally. The book’s most deeply felt risks are in the open-veined vulnerability of a line, a stripping away of style.

This is the story of a son who is trying to dissect and understand the love that remains — and sometimes emerges — after death. We may have a greater cultural appetite for eulogies, but an autopsy, in looking directly at the cold corpse of a family in all its gruesomeness and mystery, can be just as profound, and in the hands of a writer as restrained and humane as Sorrentino, just as beautiful.