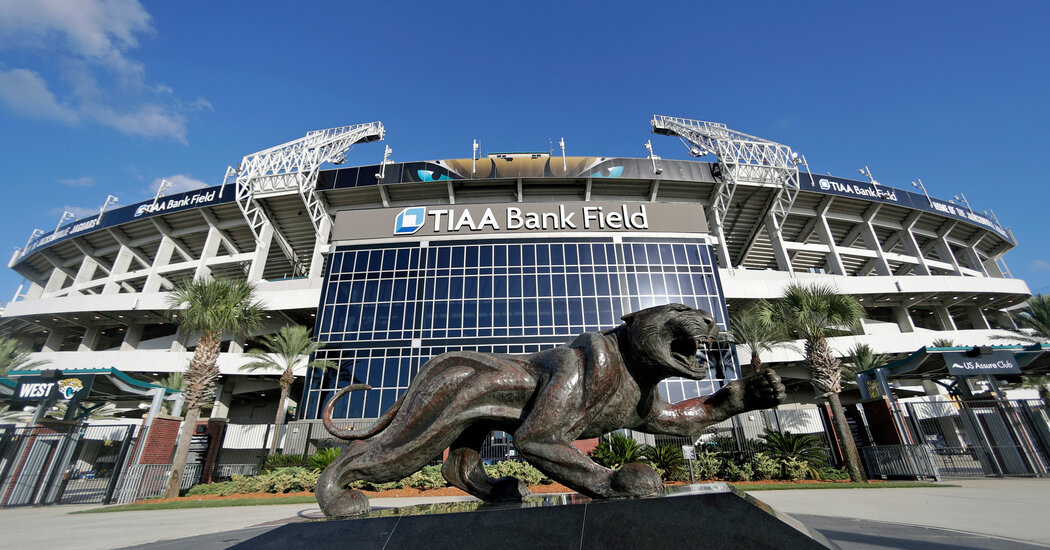 No, it’s not a misprint. Yes, the end zones at TIAA Bank Stadium, home of the Jacksonville Jaguars, really do say “SAINTS.”

The New Orleans Saints, displaced by the destruction of Hurricane Ida, will begin the season Sunday against the Green Bay Packers in the teal-tinged wilderness of Jacksonville, Fla., instead of the Superdome’s black-and-gold cacophony. The stadium was available because the Jaguars open on the road, but the site was hardly chosen at random.

After evacuating New Orleans on Aug. 28, the Saints settled in North Texas, practicing first at AT&T Stadium in Arlington before shifting to Texas Christian University, in Fort Worth. With AT&T unavailable Sunday because of a conflict, the Saints picked Jacksonville from among Florida’s three N.F.L. locales, according to the New Orleans Times-Picayune, because of its “relative inaccessibility and unattractiveness as a destination location.”

The Saints went so far as to research flights to Miami, Tampa and Jacksonville, and discovered that Jacksonville was the hardest — and most expensive — option for Packers fans.

“We’re conscious of everything, I think, when it comes to preparing for an opponent,” Saints general manager Mickey Loomis told reporters last week. “The main thing is, hey, we’ve got to have an NFL-ready stadium. Look, there’s just so many variables. I don’t want to get into all the variables that exist, but the main thing is to have a suitable place to play that both teams have access to.”

This is expected to be the only home game the Saints play away from New Orleans. Mayor LaToya Cantrell said that the Superdome, which didn’t suffer any major damage, should be ready to host the team’s Week 4 game against the Giants.