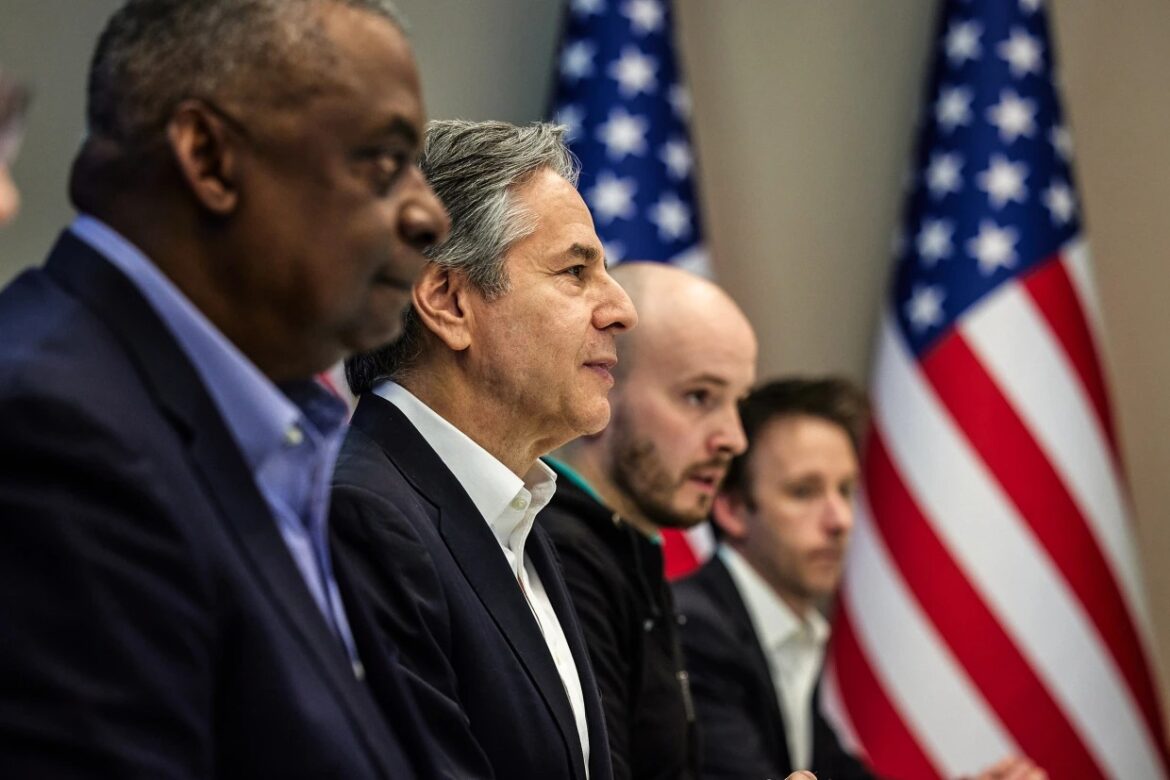 Defense Secretary Lloyd Austin and Secretary of State Antony Blinken had taken off on separate flights from southeastern Poland after their risky, high-stakes visit to Kyiv when they were conferenced into a phone call from President Joe Biden.

During their whirlwind April trip, Austin appeared to expand the U.S. goals in Ukraine, saying publicly that the administration wanted the Ukrainians to win the war against Russia, not just defend themselves, and that the U.S. hoped to weaken Russia to the extent that it could not launch another unprovoked invasion. Blinken had publicly aligned himself with the remarks. Now Biden wanted to discuss the mounting headlines that resulted.

Biden thought the secretaries had gone too far, according to multiple administration officials familiar with the call. On the previously unreported conference call, as Austin flew to Germany and Blinken to Washington, the president expressed concern that the comments could set unrealistic expectations and increase the risk of the U.S. getting into a direct conflict with Russia. He told them to tone it down, said the officials.

The secretaries explained that Austin’s comments had been misconstrued, another senior administration official said. But the displeasure Biden initially conveyed during that phone call, the officials said, reflected his administration’s belief that despite Ukrainian forces’ unexpected successes early on, the war would ultimately head in the direction it is now in two months later: a protracted conflict in which Russia continues to make small and steady advances.

U.S. officials are increasingly concerned that the trajectory of the war in Ukraine is untenable and are quietly discussing whether President Volodymyr Zelenskyy should temper his hard-line public position that no territory will ever be ceded to Russia as part of an agreement to end the war, according to seven current U.S. officials, former U.S. officials and European officials.

Some officials want Zelenskyy to “dial it back a little bit,” as one of them put it, when it comes to telegraphing his red lines on ending the war. But the issue is fraught given that Biden is adamant about the U.S. not pressuring the Ukrainians to take steps one way or another. His administration’s position has been that any decision about how and on what terms to end the war is for Ukraine to decide.