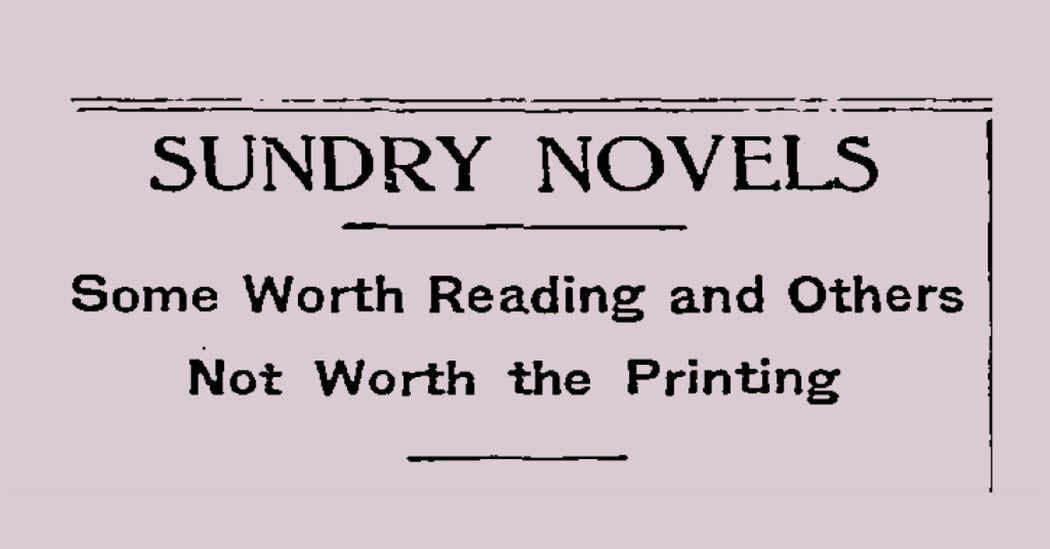 From its very first issue in October 1896, the Book Review liked to deliver blunt edicts — and, as you’ll see, even blunter headlines. An 1898 review of George Bernard Shaw’s collected plays asserted that “he has not a touch of the poetical in his composition, and the critic and satirist who is not a bit of a poet cannot reasonably hope to win wide renown as a dramatist.” In 1907, Theodore Dreiser’s “Sister Carrie” was dismissed as “a book one can very well get along without reading,” and in 1908, L.M. Montgomery’s “Anne of Green Gables” was panned because the main character “greatly marred a story that had in it quaint and charming possibilities.”

These reviews all had one thing in common: They weren’t signed, which led — no surprise! — to an abundance of potshots. In fact, it wasn’t until 1924 that the Book Review decreed all reviews had to have bylines.