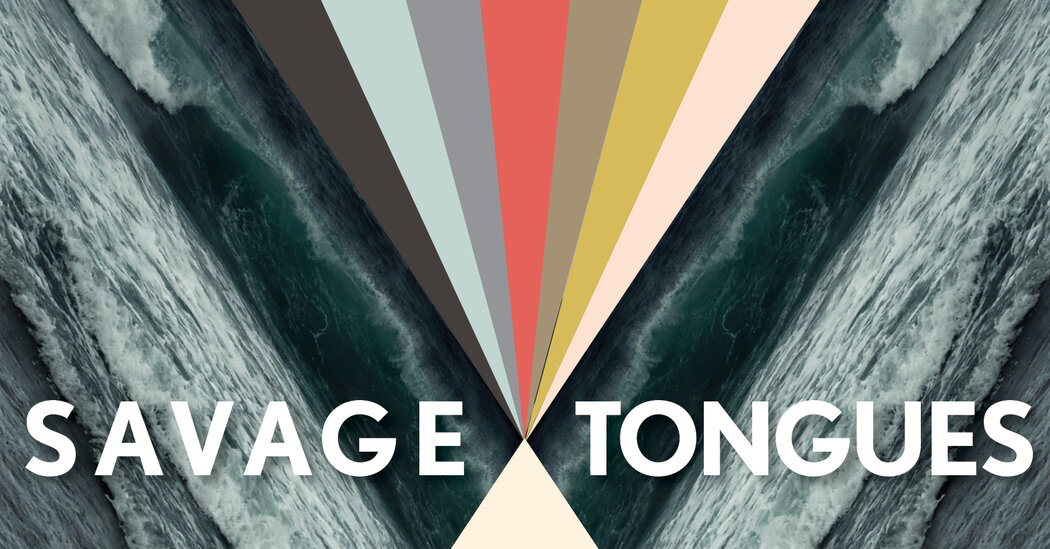 At the start of “Savage Tongues,” Azareen Van der Vliet Oloomi’s third novel, the Iranian American narrator, Arezu, is arriving in Marbella, Spain. It’s her first time back in 20 years, since she was 17 and met Omar, her stepmother’s nephew, who was then 40. He would become “my lover, my torturer, my confidant and enemy,” she tells us.

Arezu is Muslim, and her best friend, Ellie, who is Jewish, will be meeting her in Spain. Arezu tells us that she and Ellie “were both born into such deranged whirlpools of geopolitical conflict, with so many contradictory voices swirling through our minds, that locating our own could be a laborious, exhausting task.” They accompany each other to the sites of their trauma for what they call “recovery journeys.” Below, Van der Vliet Oloomi talks about the value of grief, the stylistic influences on the novel and more.

When did you first get the idea to write this book?

Not surprisingly, I started to think about it during the Trump era. But particularly around 2018, 2019, when it started to become apparent that the Obama-era decision to include MENA (Middle Eastern/Northern African) as a category on the 2020 census would be overturned by Trump. And then the Muslim ban followed on the heels of that. And the combination enabled civil rights abuses of Americans of Middle Eastern and North African descent.

As a result of all that, I started to think about the politics of belonging, and who has the right to recognition and protection under the law. It was a time when I was thinking about the connections between personal injury and historical wounds, and about the various kinds of human fragility we experience as migrants: to look for safety, only to find a different kind of ethnic-based violence.

The book begins with a hate crime committed against the narrator’s brother. She witnesses the attack, and that’s based on real-life events that I kept returning to during that time. I began to write into the novel from there.

What’s the most surprising thing you learned while writing it?

It’s a novel about complicated bereavement. What I learned was that articulated healing is a constant effort, and that it happens in community and is a far more complicated process than the public discourse accounts for, especially in America. We don’t find value in sadness or grief as something that can be transformative. The path of healing that the narrator goes on did surprise me, because her perception of reality becomes complex, and she starts to think of things as no longer black or white, good or evil. The ambiguity she embraces, and the generosity she has toward Omar, surprised me the most. It doesn’t satiate the current appetite for polarization, but for me it opened up a space for self-reflection and complexity.

When I first started writing it, I was thinking a lot about Nabokov’s “Lolita,” and I was going to write from the perspective of a Lolita. But the novel turned into a novel of ideas, where the real action of plot is the thinking. I became more concerned with the nature of grief and how it interacts with language and memory. I started thinking more about Oliver Sacks’s writing and about neuroplasticity — the ways that when we’re in very complicated grief, the grief itself shifts our sense of time and space. He also writes a lot about a liminal space where memories turn into hallucinations, and normalizes it in relation to complicated grief, which I appreciated.

You think about the people who keep you company when you’re writing. I started off thinking of Nabokov. I ended up with Clarice Lispector, Doris Lessing, Virginia Woolf. The sensibility really shifted.

What creative person (not a writer) has influenced you and your work?

Visually, Pedro Almodóvar is hugely influential for me. I understand his sensibility. I grew up in Spain as a pretty marginalized person in the ’90s. The Spain he depicts is the Spain of my dreams. I love his female characters, and how he’s so unapologetically strange and graphic. In “Bad Education,” in particular, the themes that run throughout it and the way he plays with story structure — the jump cuts between past and present and the looping of time — were particularly important to “Savage Tongues.”

Persuade someone to read the novel in 50 words or fewer.

It traces a conversation between two friends, one Muslim, one Jewish, as they come to terms with how early experiences of sexual violence, in which they perceived themselves as both innocent and culpable, further complicated their sense of belonging, their political identities and their intellectual commitments.