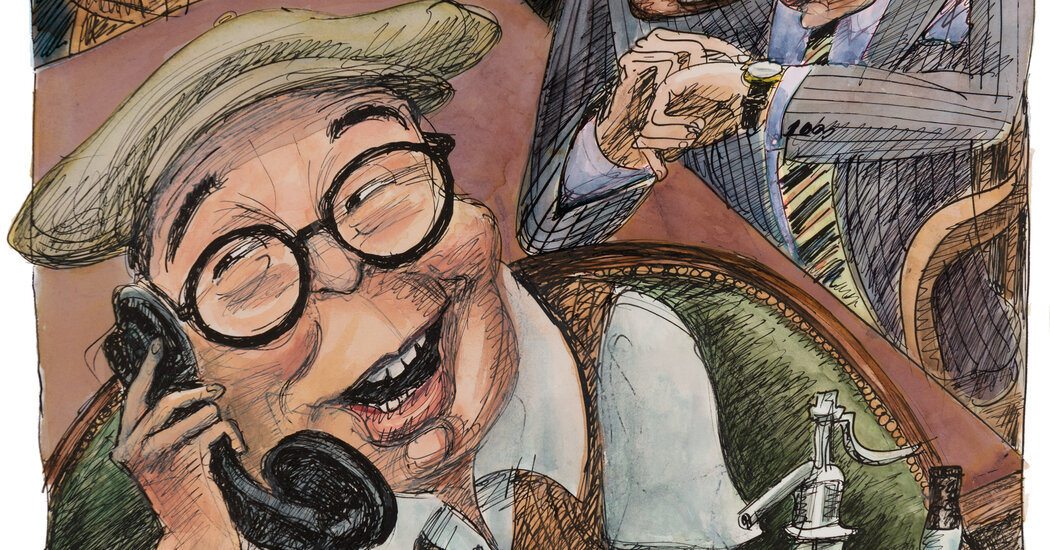 In the rat-infested trenches of France, Raymond Chandler became an alcoholic, and stayed one. In 1932, after booze had gotten him fired from a cushy job, he resolved to cut down on the gin and become a novelist. He began by selling hard-boiled detective yarns to the pulpy magazine Black Mask, then later sold his first novel, “The Big Sleep,” to Alfred A. Knopf. In 1943, Chandler’s third novel, “The High Window,” was read by the Paramount director Billy Wilder. He liked the way Chandler wrote dialogue, and offered him a contract of $750 a week for 10 weeks to work with him on a screenplay for “Double Indemnity,” James M. Cain’s novel. Chandler had never written for the screen, and didn’t like the idea of being subservient to a young Austrian-born Jew who had written dozens of screenplays in Berlin and Hollywood. But Chandler was broke, and had a sick wife to care for. He signed up.

The novelist didn’t like showing up at the writers’ building each day to find Wilder waiting for him, wearing one of those hats that he never took off. (It covered his bald spot.) Even Wilder’s casual clothing offended the always tie-and-jacketed Chandler. After Chandler submitted his first script, Wilder bluntly told him that he didn’t know the first thing about structuring a screenplay. From that point on their collaboration became even more strained. After three weeks of taking a swig of whiskey every time Wilder left their office, Chandler suddenly didn’t show up. Furious, Billy stormed into the office of Joe Sistrom, the producer, and found Sistrom reading a letter of complaint from Chandler, which contained a list of reasons he could no longer work with the director. This is how Wilder later remembered the list: “He couldn’t work with me anymore because I was rude; I was drinking; I was [fornicating]; I was on the phone with four broads, with one I was on the phone — he clocked me — for twelve and a half minutes; I had asked him to pull down the Venetian blinds … without saying please.”

Sistrom got Chandler to calm down, and Wilder to behave. Then the writers gritted their teeth and completed the script in the allotted 10 weeks. The acclaim the film received upon its release won Chandler an extension on his contract, and Wilder got the green light for his next film, “The Lost Weekend.” But the best part was that they never had to see each other ever again.

Edward Sorel is an artist and illustrator. His memoir, “Profusely Illustrated,” will be published in November.