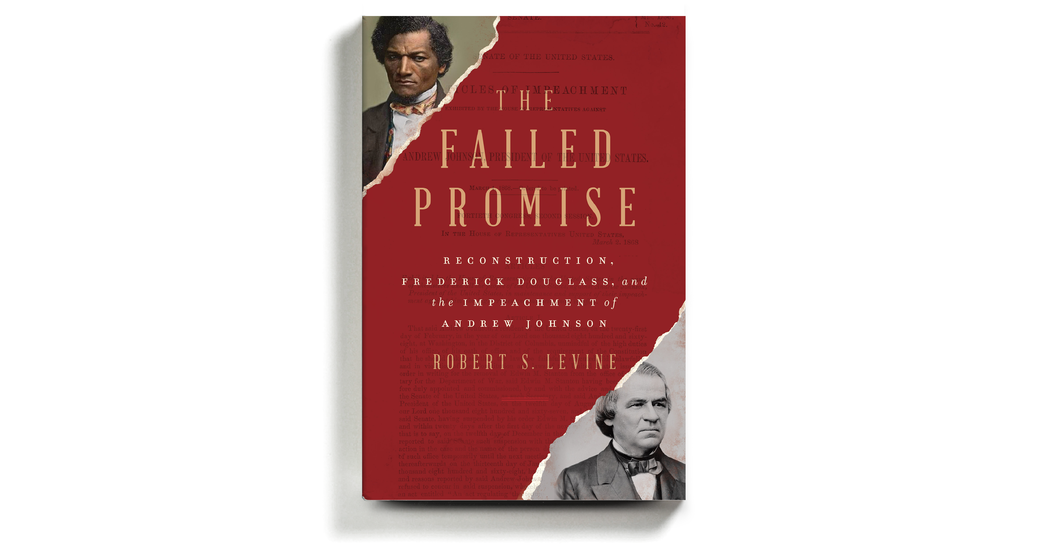 But Douglass was quick to see what Johnson was up to. Before the end of his first year in office, Johnson had announced an Amnesty Proclamation for ex-Confederates, allowing Southern landowners who petitioned him personally to hold onto their property. Instead of referring to Reconstruction, he insisted on the term “restoration.” In the South, emboldened white mobs descended on Black people, perpetrating the 1866 massacres in Memphis and New Orleans. Douglass, as part of a delegation of Black Americans that visited the White House to argue for Black suffrage, told Johnson, “You enfranchise your enemies and disfranchise your friends.”

Johnson, stubborn and thin-skinned, responded to criticism by getting indignant and defensive, even borderline “unhinged,” Levine writes. If it hadn’t been for increasing opposition, he continues, “a more benign and pragmatic Johnson might have emerged.”

The proposition is unconvincing, to put it mildly. Levine puts a lot of weight on the fact that in 1865, Johnson had privately expressed a plan for limited Black suffrage. Yet at the same time, Johnson was publicly insisting that suffrage too radical would set off “a war of the races.” And whatever Johnson may have said, what he actually did couldn’t be clearer. He used his power to undermine Reconstruction at every turn, presiding over what the historian Annette Gordon-Reed has called a “slow-motion genocide.”

Levine nimbly narrates the road to Johnson’s eventual impeachment — including a bizarre job offer that Johnson unofficially extended to Douglass to become the commissioner of the Freedmen’s Bureau, an agency that Johnson seemed to be doing everything else in his power to impair or even destroy.

But when Johnson was eventually impeached, it wasn’t for his subversion of Reconstruction; it was for failing to obtain Congressional approval before he fired his secretary of war. The articles of impeachment were “dryly legalistic,” almost all of them focused on violations of the Tenure of Office Act, passed by Congress just the year before. Republicans were trying to portray Johnson as a lawbreaker while studiously avoiding the matter of race. This fixation on technicalities, Levine says, “allowed Congress to impeach Johnson not for doing harm to hundreds of thousands of Black people in the South but for firing a white man.”

Considering how endemic racism was in both the North and the South, there were undoubtedly practical reasons for this, but Levine vividly shows how Douglass, as he did throughout the Civil War, kept trying to draw attention to the larger moral picture. Even before impeachment, Douglass was explaining to audiences how Johnson exploited the “defects” in the Constitution that allowed a “bad and wicked president” to assume “kingly powers.” After the trial, Douglass explained that Johnson should have been removed from office for attempting to return Black Americans to a “condition only less wretched than the slavery from which the war for the Union had rescued” them. Making impeachment about the Tenure of Office Act had buried Johnson’s disgrace under a pile of legalistic quibbles.

The impeachers may have been trying to be pragmatic, but playing it safe didn’t work; Johnson prevailed by a single vote. As one of his biographers, Hans Trefousse, once put it: “If you impeach for reasons that are not the real reasons, you really can’t win.”