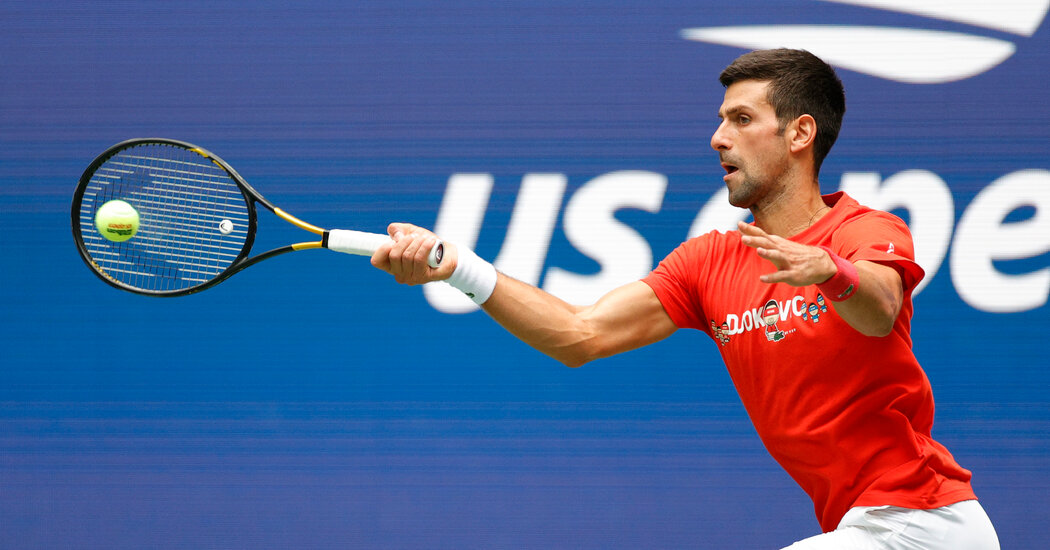 Maria Sakkari, the 17th seed, reached the semifinals of the French Open in June but has struggled on grass and hardcourts since then. Sakkari reached the round of 16 at last year’s U.S. Open, but faces a tough draw from the start here.

Marta Kostyuk, 19, boldly declared herself at the French Open by reaching the round of 16, propelling herself to a career-high ranking of 55th in the world this month. She is quite capable of upsetting well credentialed opponents, and will provide a serious test for Sakkari on the faster surface of Flushing Meadows.

Ashleigh Barty, the world no. 1, retired from the French Open in the second round, and needed to skip the preparatory grass tournaments early in the summer. Since then, she has won 12 straight matches, capturing her second major title at Wimbledon along the way.

Vera Zvonareva, a former world no. 2, has not been past the second round of a major tournament since 2014, after a shoulder surgery in 2013 necessitated multiple periods away from the tour. Against Barty, Zvonareva’s experience is likely to be overshadowed by Barty’s current dominance.

Novak Djokovic comes into the U.S. Open looking to complete a Grand Slam. After two losses at the Olympics left Djokovic without a medal, he will be looking to bounce back and win a record-setting 21st career Grand Slam event. Djokovic begins his campaign against Holger Rune, a first-time major qualifier ranked no. 145. Although Rune won the Junior French Open title in 2019, it is highly unlikely that he will present staunch opposition to a 20-time major champion.

Alex de Minuar, the 14th seed, will face off against Taylor Fritz, an American who is struggling with his form. Fritz has lost his last four matches on hardcourts, usually his favored surface. De Minuar lost in his first round at Wimbledon in June, and has won only one match since then. As the two look to restart their pushes up the world rankings, the match is likely to hinge more on mental strength than on the physical aspects that have powered their careers.

Jenson Brooksby and Mikael Ymer are two scintillating young talents on the ATP Tour. Ymer, a 22-year-old Swede, reached the third round of two major tournaments this year, upsetting players like Gael Monfils and Hubert Hurckaz along the way. Brooksby, a 20-year-old American, just broke into the world top 100 after a run to the semifinals at the Citi Open, beating Frances Tiafoe and Felix Auger-Aliassime. Both youngsters have aggressive baseline games that should create a whirlwind of exciting tennis on the outer court.