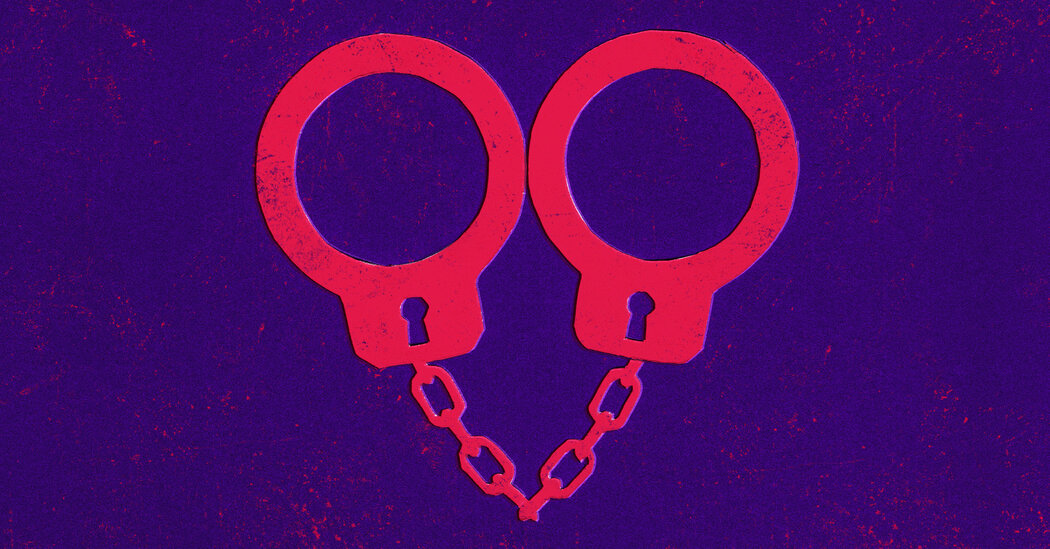 Why does pain turn people on? Can consensual hurt be good for you? Will it help you know yourself? Might it destroy you in the process?

The journalist Leigh Cowart asks many related questions in “Hurts So Good,” a book about people who covet pain — and the relief that comes after it — in seemingly disparate ways, from sexual masochists to competitive hot-pepper-eaters to ultramarathoners competing in a race with no finish line. A self-described “inveterate, high-sensation-seeking masochist,” Cowart, who uses they/them pronouns, sees “masochism everywhere. I am looking for it, I am finding it, I am obsessed with it.”

Pain has been a constant in Cowart’s life, from ballet (“toenails falling off, blisters bursting open and weeping”) to a near-fatal eating disorder. “I’m so high from this violence against my body,” Cowart writes in a harrowing section about their early 20s, when they roamed Chicago in winter, bingeing and purging. Years removed from that nightmare, Cowart no longer plans “my life around my compulsion for suffering. And yet. And yet!”

Cowart still chases pain. Today it comes in the form of consensual violent sex, which they describe in explicit detail. (Those disinclined to read a short excerpt should skip to the next paragraph.) “I’m getting Saran-wrapped to another person and hung from the ceiling and beaten hard until I stink of arousal and fear,” Cowart writes. “I’m wandering back into the house and having a little snack and taking a shower and snuggling up for a cuddle and then, maybe after all that, with an ass so sore that I cannot sit right, I might think to myself: Hmmm. I wonder how I turned out this way?”

Why Cowart — or any of the people we meet on this tour of Americans seeking pain for pleasure — are the way they are is an interesting, if generally unanswerable, question. People (and their neurobiology) are complicated, which Cowart thankfully understands. And yet! “Hurts So Good” often left me frustrated, not so much by failing to answer Cowart’s questions but by regularly approaching them in predictable and unsatisfying ways. Again and again Cowart hovers around intriguing psychological and scientific ideas but then turns to an expert for what ends up being an unilluminating conversation, sometimes conducted over email. “I don’t have an easy answer for this, nor am I trying to force some Grand Unifying Theory of Masochism,” Cowart writes in a section about the line between pathology and hobby. “I’m just trying to understand my brain a little better. So, I reached out to. …”

In this case it’s the author of a scientific paper about self-harm, but the interview, like too many others, is hampered by quotations that would be better paraphrased and ideas that feel repeated. Recycling — of phrases, questions and needless expletives that turn an otherwise engaging conversational voice into what feels like someone texting a friend or sounding off on Twitter — distracts from a deeply vulnerable book with memorable moments, including a riotous description of Cowart eating the world’s hottest pepper and a fascinating exploration of the connection between self-harm, ritual, identity and the divine.

There are also questions Cowart doesn’t ask but probably should. The book argues that “a masochist can be someone who works too much, a cuticle-biter, a ballerina, a grad student, an adventurous gourmand at a spicy salsa bar, a marathoner and, yes, someone breathing shallowly through a hole in a shiny latex gimp suit.”

I’m open to Cowart’s framing, but what binds these masochists together? Cowart promises to answer that question but doesn’t connect the dots. There are two chapters on competitions that mostly ignore the connection between pain and sport. Is an ultramarathoner a masochist — or merely a very competitive person who loves to run long distances? The organizer of a race Cowart attends shares my skepticism, writing to Cowart that “like many sports there is discomfort involved, but it is a cost of competition, not the objective.”

Cowart rejects this but doesn’t seem interested in persuading the reader why the race organizer is wrong. It’s an unfortunate misstep in a first book by a promising writer who never quite answers their own question: “What do you picture when you picture a masochist?”