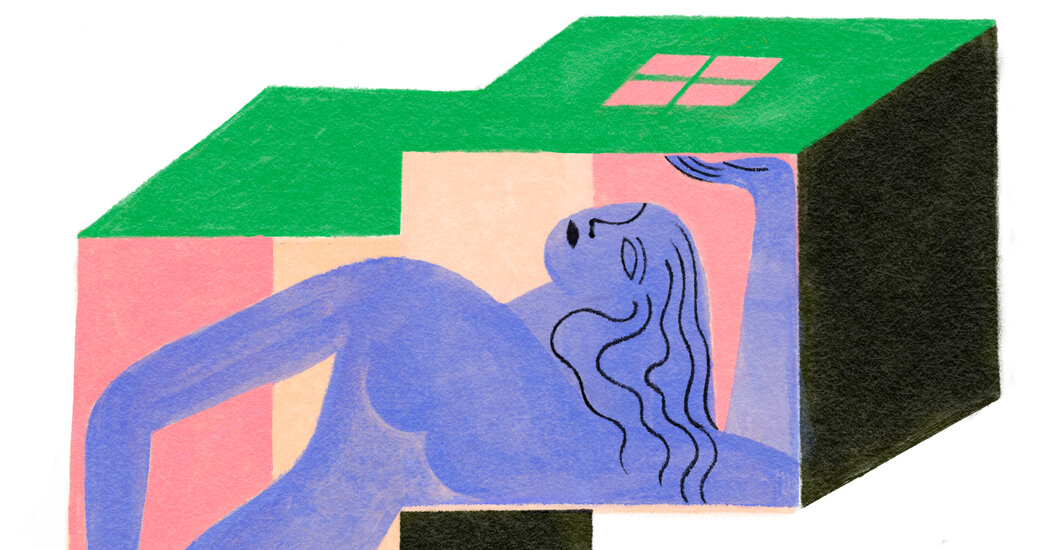 The narrator absorbs these comments, but remains undeterred in her pursuit of a room that can be called her own. The novel’s sting is in the insistent modesty of her demands, proof of the constraints placed on her imagination. Probably the most transgressive thing she does is buy a Molton Brown face wash after using it at her flatmate’s parents’ home, a small act of aspiration that will mean “forgoing all thought of lunch for a few days.”

“Three Rooms” invokes the reality of living in a world where a reasonable demand is resolutely categorized as unreasonable. “When did it become ridiculous,” the narrator wonders, “to think that a stable economy and a fair housing market were reasonable expectations?” She is criticized for the audacity of her ordinary desire, for the Molton Brown soap, for an apartment “I could have dragged a sofa into, painted … whatever color I wanted, stayed in long enough to find inviting colleagues over for dinner and drinks a worthwhile task.”

Eventually, even these hopes are neutered. As the book draws to a close, the narrator retreats to the third of the titular rooms, in her childhood home, “a house with thin walls” that “would not be mine, either.” The narrator can’t help seeing this as an admission of failure, a fall from “the highest echelons the country had to offer”; in the train station, en route to her parents’ house, she wants to ask of the crowd, “Am I invisible to you?”

In looking for accommodation, the narrator has been looking for a place that is not merely physical, but also psychological. She seeks space to unfold, to articulate the parameters of her being. On the final page, a passage from Virginia Woolf’s “A Room of One’s Own” (from which the epigraph is also taken) rushes through the narrator’s head: “It was a straight, dark bar, a shadow shaped something like the letter I.” She declares: “All year there had been a sound rising in me, I had never said it right. I stood up and over the stained seats, the smeared windows, into the carriage, screamed — I.” That brief, hard-won speech is met with the train’s indifferent rumbling, as it continues to bear her home.