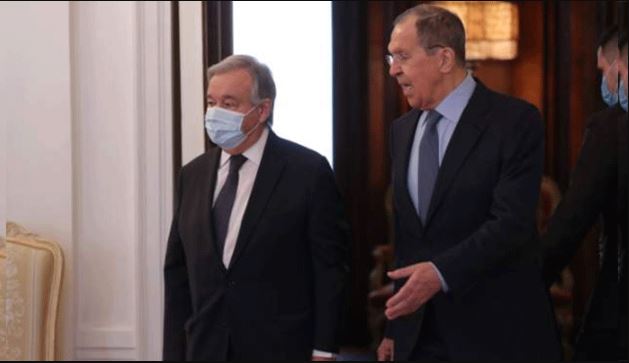 UN Secretary General Antonio Guterres is visiting the Russian capital, Moscow. There he met with the country’s foreign minister, Sergei Lavrov. At the beginning of the meeting, he called for an end to the war in Ukraine.

At the beginning of the meeting, the UN Secretary General stressed that we must do everything possible to end the war.

“I want to create an atmosphere of dialogue, a ceasefire and, above all, help establish peace,” he said.

“We need a ceasefire as soon as possible,” he said. We must focus on reducing the humanitarian crisis in Ukraine.

Russia invaded Ukraine on 24 February. Now the country’s goal is to occupy the Donbass and southern regions of Ukraine.