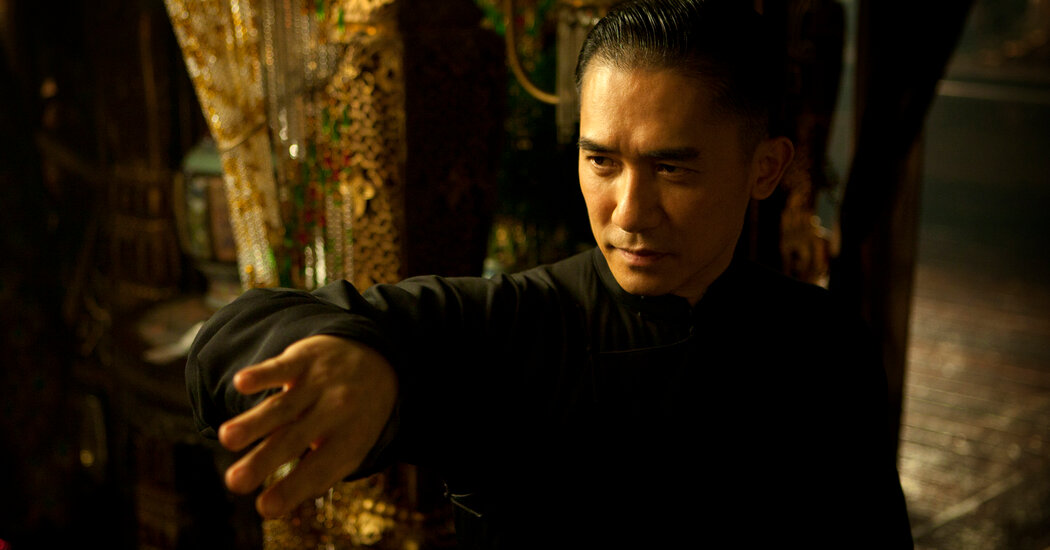 The Tony-winning playwright and Oscar-nominated screenwriter John Logan created this ingenious Showtime series, mixing up a tasty stew of Victorian-era monsters, mythology and literary flourishes. Eva Green is a marvel — scary, funny, entertainingly self-aware — as a monster hunter whose adventures in late 19th century London intersect with the worlds of “Dracula,” “Frankenstein,” “The Picture of Dorian Grey” and “Dr. Jekyll and Mr. Hyde,” as well as various gunslingers, werewolves and alienists. Those who know the characters and the books they inhabit will eagerly devour the references and intersections, but even newbies can latch on easily to the show’s dark humor, intricate narratives and copious gore.

Mainstream audiences who have discovered the charismatic Hong Kong actor Tony Leung Chiu-wai by way of Marvel’s “Shang-Chi and the Legend of the Ten Rings” would be wise to queue up this 2013 martial arts drama, one of the actor’s many collaborations with the dazzling director Wong Kar-wai. Leung stars as Ip Man, master of the Southern Chinese kung fu style known as Wing Chun, who trained a young Bruce Lee. But Wong’s film is less a biopic than a Lee-style adventure, filled with stunningly photographed fight sequences and action set pieces. Netflix is streaming the film’s U.S. version, which is shorter and simplified but less impressive. Still, even in this truncated form, “The Grandmaster” is an overwhelming experience.

“Get off my plane!” growled Harrison Ford in this 1997 action extravaganza that, put simply, is “Die Hard” on the president’s airplane. Ford plays President James Marshall, who is en route from Moscow to the White House when a band of terrorists hijack Air Force One, taking his family and staff hostage. But Marshall is a combat vet and decides to back up his “no negotiating with terrorists” rhetoric with action. The director Wolfgang Petersen knows how to direct claustrophobic action (his breakthrough film was “Das Boot”), and Ford is a sturdy anchor, retaining credibility even in the script’s sillier moments. Gary Oldman, meanwhile, has a blast, chewing up copious amounts of scenery as the leader of the hijackers.

With the second season of this supernatural drama migrating from CBS to Paramount+, it’s not too surprising that the first year is leaving Netflix to join it. Katja Herbers, Mike Colter and Aasif Mandvi star as three “assessors” for the Roman Catholic Church, almost like a Ghostbusters team for possessions, sent to determine the validity of such encounters. But “Evil” isn’t just another “Exorcist” rip-off; it has a classy pedigree, coming from the pens of Robert and Michelle King, the team behind “The Good Wife” and “The Good Fight.” It is lifted by its uncommonly intelligent dialogue and pointed characterizations — and then it delivers the genre goods.

It’s forgivable to assume that this 2008 family favorite was DreamWorks’s transparent attempt to recreate the success of “Shrek”: a potentially franchise-starting, computer-animated feature, rife with pop culture references and built around the personality of a comic superstar. And those assumptions aren’t wrong. But “Kung Fu Panda” is enjoyable in spite of its unmistakable formula, primarily because of the incalculable charisma of its star, Jack Black; he is simultaneously funny, cuddly, sympathetic and inspiring as a slapstick-prone panda who must fulfill his destiny as the “Dragon Warrior.” (The first sequel also leaves Netflix on Sept. 30.)