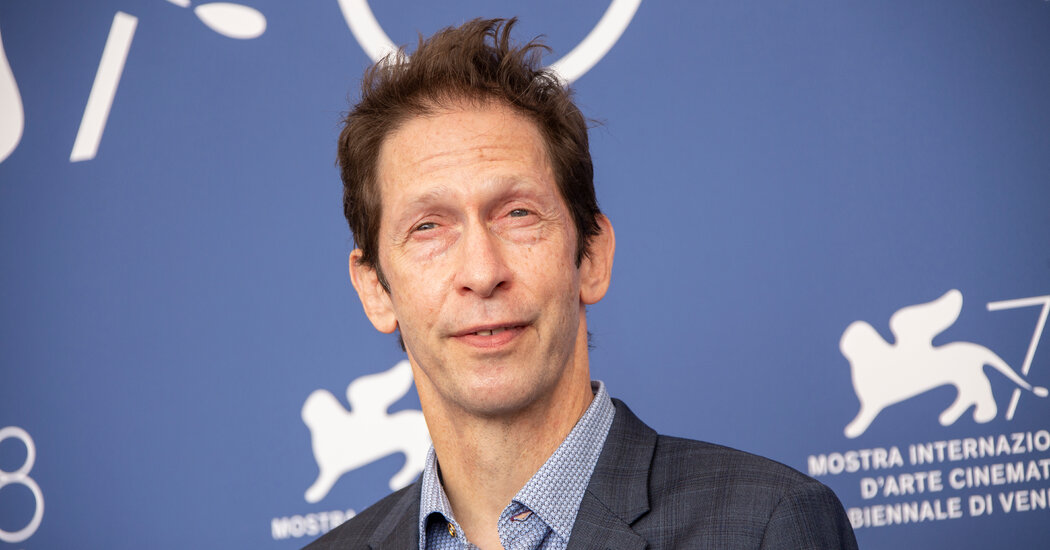 VENICE — The first time Tim Blake Nelson went to the Venice Film Festival was three years ago, as one of the featured players in the western anthology “The Ballad of Buster Scruggs,” directed by Joel and Ethan Coen. As Nelson soon learned, trailing those filmmakers around Venice can open an endless number of doors.

“Traveling to a film festival with the Coens is a completely different experience than traveling with any other movie,” said Nelson, whose breakout role came in “O Brother, Where Art Thou,” also directed by the Coen brothers. “It’s like being associated with Picasso or Matisse.”

This year, Nelson is at Venice to support “Old Henry,” a western he’s starring in. It’s a much smaller movie than “Buster Scruggs” — Nelson has even described “Old Henry” as a “micro western” — and it comes from Potsy Ponciroli, a young filmmaker who’s still earning his spurs. That means Nelson is shouldering a lot more responsibility than he did during his first trip to the festival.

“We’re on a completely different stratum,” Nelson said. “I think this might be one of the lowest-budget movies ever to premiere in Venice! This is a very small movie, and it’s kind of extraordinary that we’re here next to ‘Dune.’”

But modesty works in the movie’s favor: “Old Henry” is a solid-as-a-rock western that, as it goes on, gently suggests it’s about more than you’d anticipated. In a rare leading role, Nelson plays Henry, a widowed farmer living on a small patch of land in the Oklahoma territory. It’s 1906, and Henry’s teenage son, Wyatt (Gavin Lewis), is anxious to seek adventure, leave the farm, and wrest himself from the grip of his overprotective father.

But adventure finds them instead when Henry and Wyatt happen upon a nearly dead cowboy and his pouch full of cash. When Henry brings both back to his farm, it isn’t long before a sinister gunslinger (Stephen Dorff) comes sniffing around for that bounty. And in the standoff that follows, maybe father and son will come to learn more about each other than either was expecting.

“As an actor who’s 57 years old and has been doing this a long time, there’s something incredibly exciting about being associated with a younger filmmaker who’s created something very special,” Nelson said Monday night at da Ivo, a Venice restaurant that had been recommended to him by his “O Brother” co-star George Clooney, who held his bachelor party there.

For a supporting player like Nelson, who recently appeared in HBO’s “Watchmen,” leading roles like the one in “Old Henry” are few and far between. Still, Nelson is humble about the promotion. If anything, it just means he’s taking on more responsibility to get the film seen.

“It’s tricky because when you’re a character actor who’s been in a lot of movies, people tend to inflate your value,” said Nelson. “They think, ‘Oh, if he’s in my movie, then I can get financing or critical attention.’ They’re actually wrong, because there are a lot of character actors out there. I always say that I’m not some sort of magic bullet.”

And though the films at Venice are dominated by stars like Timothée Chalamet, Zendaya and Penélope Cruz, who can earn headlines simply for what they wear on the red carpet, Nelson harbors no such illusions.

“I’m wearing an outfit picked out by my wife,” Nelson told me, tugging at the lapel of his black jacket. “Because I forgot to pack two blazers, we actually bought this jacket today, two blocks away from here.”

So, yes, Tim Blake Nelson is headlining a movie at one of the most glamorous film festivals on earth, but no, he does not return to his room at the Hotel Excelsior to find a free Tom Ford tuxedo sent over by a stylist.

“I wish!” he said, laughing. “That’d be great. But you know, I don’t say this disingenuously: Nobody’s ever sent me any suits. And there were no offers for this. None.”