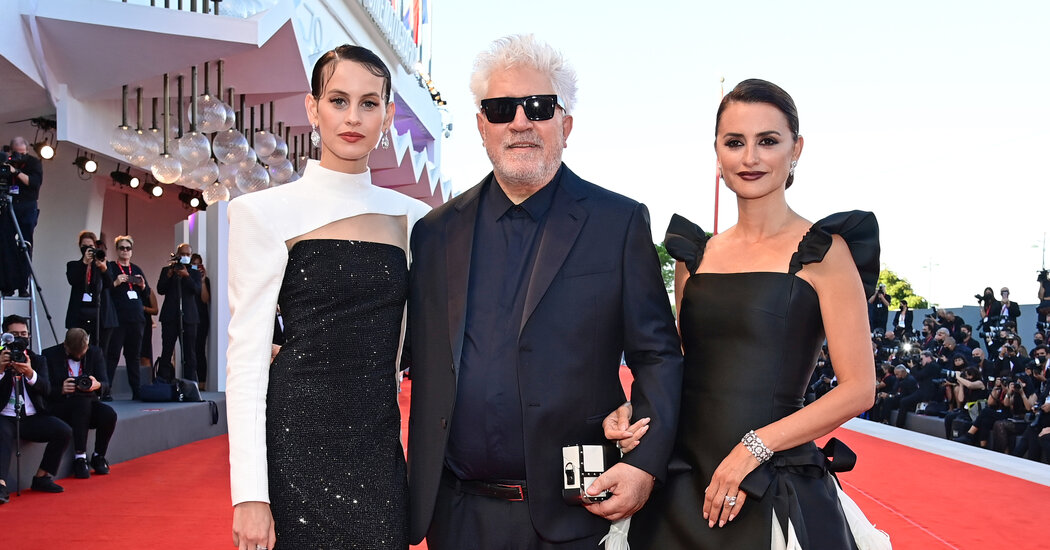 VENICE — Denis Villeneuve, the director of “Dune,” wanted to apologize in advance.

“This will be a long answer,” he said, “because of the Champagne.”

We were at the Hotel Excelsior on Wednesday night for the lavish opening-night dinner of the Venice Film Festival, where the bubbly flowed freely, guests like Isabelle Huppert and Jane Campion supped on pink prawn tartare, and a wide array of major films — including “Dune,” Ridley Scott’s “The Last Duel,” the Princess Diana drama “Spencer” and Campion’s “The Power of the Dog” — all waited to make splashy debuts on the Lido over the next week and a half.

Though Venice was one of the few major film festivals to mount an in-person edition in 2020, this year’s program is significantly more robust. Many consider Venice to be the kickoff to awards season, an expectation goosed even further by the presence on the Venice jury of the last two auteurs to direct best-picture winners: Chloé Zhao, whose “Nomadland” premiered here last year, and the “Parasite” director Bong Joon Ho, the jury president.

Will Villeneuve’s “Dune” be that kind of contender? The sci-fi drama, adapted from the Frank Herbert novel, has loftier aspirations and a more refined eye than most would-be blockbusters. Villeneuve (whose credits include “Arrival” and “Blade Runner 2049”) will debut “Dune” on Friday with a starry cast expected to show up to the premiere, including the lead Timothée Chalamet, who arrived in Venice via speedboat on Wednesday.

At dinner, Villeneuve told me Venice is “the perfect way to launch the movie and it’s the first time that I’ve had time to really finish — usually, I’m finishing movies and then releasing them three days later.”

Instead, the French Canadian director has had the better part of a year to tinker, as “Dune” was supposed to come out in November 2020 before a pandemic-induced delay. Now, on the verge of its Venice premiere (and with a release date rescheduled for Oct. 22), Villeneuve talked about “Dune” almost as if he were a proud, anxious parent about to send his young child off to school.

“I think it has a soul,” he said. “I recognize myself in it. It’s my biggest project and still, I have the most intimate relationship with it. I know it can walk by itself, but what will other people think?”

Villeneuve paused. “How do I say it in English?” he wondered, before finding the words: “I just have to let it go.”

Though Venice is limiting audiences in each theater and requiring moviegoers to wear masks (and to show proof of vaccination or a negative Covid test), the festival still offers the most glamorous launchpad for movies since Cannes in July. Still, even in ideal circumstances (or especially because of them), it can be daunting to show your film to an expectant international crowd ready to gauge its award prospects.

That goes double when you’re first in line. “You are more vulnerable if it’s the opening,” said Pedro Almodóvar, whose “Parallel Mothers” was selected as the opening-night entry of the festival. How did he feel in the hours before the premiere? Not nervous, he told me. Just a little exposed.

Fortunately, reviews were strong. This intimate, precisely judged drama stars Penélope Cruz as a Madrid photographer who suspects her newborn baby was switched at birth with the child of an unwed teenage mother (Milena Smit). Though that logline is outrageous, the film is surprisingly down to earth and accessible, even as Cruz’s character is driven to increasingly desperate decisions.

“I didn’t want to ask myself what I would have done in that situation until I had finished the movie,” Cruz said at dinner. “She and I are very different, but when I look back now, I feel I would have done something similar. The way Pedro wrote these imperfect mothers, it makes it impossible for you to judge them.”

“Parallel Mothers” is Cruz’s seventh film with the director. “I look at him and feel like he could give his life for the film,” she said. Because of that, Cruz was determined to show the camera her most vulnerable depths as an actor: “The standard is really high and he gives me a character that is a treasure, so I don’t want to disappoint him. I try every day to give him a hundred percent.”

Speaking of matters of exposure, Almodóvar was amused at the recent reaction to the poster for “Parallel Mothers,” which crops a lactating nipple as if it were the pupil in an eye shedding a single milk-tear. Upon the poster’s release last month, Instagram banned the image for nudity and then, after an online uproar, promptly unbanned it.

The 71-year-old director doesn’t use Instagram himself, but he knows what he’s up against. “What is very dangerous for all of us is that it’s a machine that decides to reject the poster,” he said. “It’s an algorithm, there is nobody in charge that I can talk to.”

But for the time being, at least, Almodóvar has conquered the algorithm. As I left the director, other guests at the dinner swooped in to take selfies with him. You’ll never guess where they posted them.