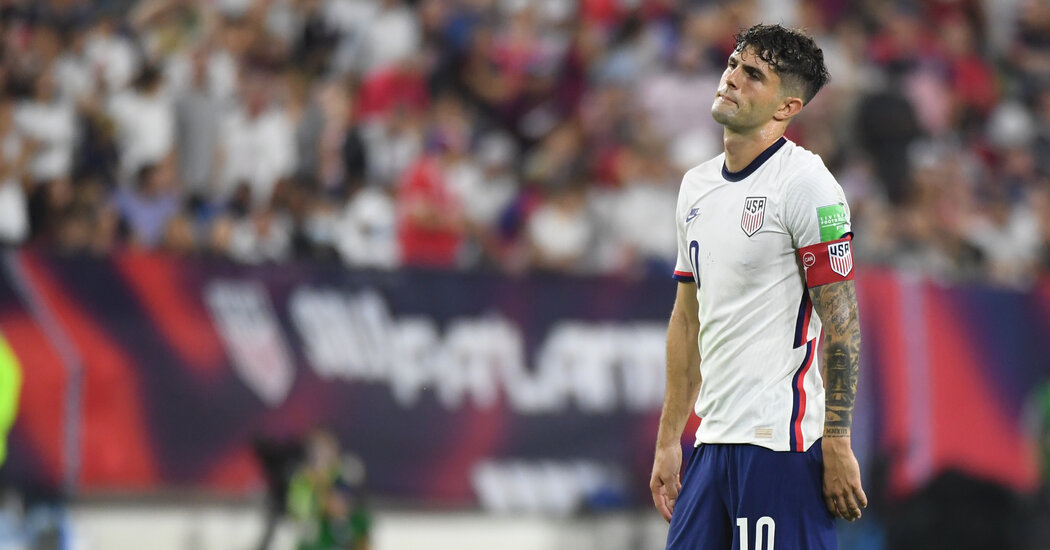 NASHVILLE — If every World Cup qualifying campaign is a roller-coaster ride of highs and lows, then the United States men’s soccer team has not yet left the ground.

The Americans have played two games in four days to start the final round of their regional qualifying tournament for the 2022 World Cup in Qatar, and though they expected to win both matches, they have settled instead for two disappointing draws.

These are early days, still. There are 12 games to go. And two points are better than none.

But there has been a restless desire within the team and its fan base for an assured start to this qualifying cycle given the disaster of the last one, when the team failed to qualify for the 2018 World Cup in Russia. This group, which includes young talents employed by some of the world’s best club teams, had hoped to begin the healing process.

Instead, there are more questions about the team’s competence, more anxieties about history repeating itself and more desperation to win the next game, which arrives Wednesday night in Honduras.

“There’s ups and downs and bumps in the road, and we just have to keep responding when we’re called on,” said Gregg Berhalter, the U.S. coach. “We can do two things. We can feel bad for ourselves or we can continue on with a positive attitude and try to get a positive result in Honduras.”

The stage was set in many ways for a restorative performance on Sunday night at Nissan Stadium in Nashville. The grass was lush. The home crowd was genteel. The novice players’ nerves were supposedly settled.

In other words, none of the excuses Berhalter had tossed around over the weekend to help explain his team’s underwhelming 0-0 tie last Thursday in El Salvador — about the knobbly field of play, the hostile atmosphere, the number of team members playing their first qualifying game — were applicable as the Americans registered another dissatisfying draw, 1-1, in their second game against Canada.

The team’s failure to meet the moment left it searching for answers.

The Americans looked ungainly passing the ball. They took the scenic route when shortcuts were needed, lumbering around the perimeter of the Canadians’ dense defensive shell. It was a familiar set of problems: copious possession, scant production. The United States kept the ball for 71 percent of the game, but Canada’s sit-back-and-counterattack game plan worked just fine, and the result seemed fair.

“We needed much faster ball movement,” Berhalter said. “Everyone could see from the outside, we took way too long on the ball.”

He added, “We have to figure out ways to break down a compact defense because I’m sure there’s going to be other teams that come to the United States and do the same thing.”

Christian Pulisic, the Americans’ captain and best player, who returned to the lineup after missing the El Salvador game while he recovered from a positive coronavirus test last month, was critical, too — even if it was unclear whether he was targeting the coaching staff, his teammates, himself, or some combination of the three.

“I think we need new ideas at times,” he said, adding: “It just felt like we couldn’t break them down. We just need some new solutions. Obviously it wasn’t good enough.”

Pulisic went on to suggest that the team could have conducted itself differently after taking the lead early in the second half by making adjustments and perhaps adopting a more defensive mind-set.

“I think it’s important in games like this, tough games, to just grind it out and win these games 1-0 at times,” he said.

Such pragmatism requires some savvy, and it is unclear how much this team possesses. The squad is populated by intriguing youngsters, many of them technically skilled in ways that subvert longstanding stereotypes about American soccer players. Trophies in two tournaments this summer — the Gold Cup and the Nations League — stoked excitement about what the group could do.

But this month the group’s youth, and acknowledged naïveté, have looked like liabilities.

“It’s a team sport,” midfielder Tyler Adams said when asked about the players’ strong pedigrees. “It doesn’t matter where we come from. If we don’t go out and do the things we’re good at, we’re just a group of names on a piece of paper.”

It has not helped matters that this team has been depleted by a combination of bad luck and indiscretion.

Before Sunday’s game, the team announced that Gio Reyna, one of its best attackers, would be out indefinitely with a hamstring injury and that Zack Steffen, Berhalter’s first-choice goalkeeper, would leave the squad, too, after testing positive for the coronavirus.

The team also announced before kickoff on Sunday that the star midfielder Weston McKennie would miss the game in Nashville after violating the team’s coronavirus policy.

“I am sorry for my actions,” he wrote in an Instagram post. “I will be cheering hard for the boys tonight and hope to be back with the team soon.”

For McKennie, who tested positive for the virus last October, the indiscretion (which the team declined to detail) hinted at a worrying pattern of behavior. In April, McKennie was suspended by his club team, Juventus, after he hosted a party at his home in Turin that violated a local curfew and needed to be broken up by the police.

Berhalter late Sunday night declined to say whether McKennie would be available for Wednesday’s game in Honduras.

These bouts of misfortune and personal slip-ups are hard to digest when each game carries so much weight. There is only so much time to get things right, only so many setbacks a team can withstand.

“The way we’ve been framing it to the guys is that every game is a final,” Berhalter said. “Fourteen finals, that’s how we have to approach it. So the urgency is always going to be there until we’re mathematically secure with qualifying.”

The Americans last month unveiled a marketing slogan — “Only forward.” — that reflected a desire to put their recent failures behind them. But Pulisic on Sunday could not help dwelling on the past, noting that in the last cycle the team had lost its first two matches. Those poor results precipitated the firing of Coach Jurgen Klinsmann.

By that standard, the Americans are in better shape now. By any other measure, they are falling worryingly short of expectations.