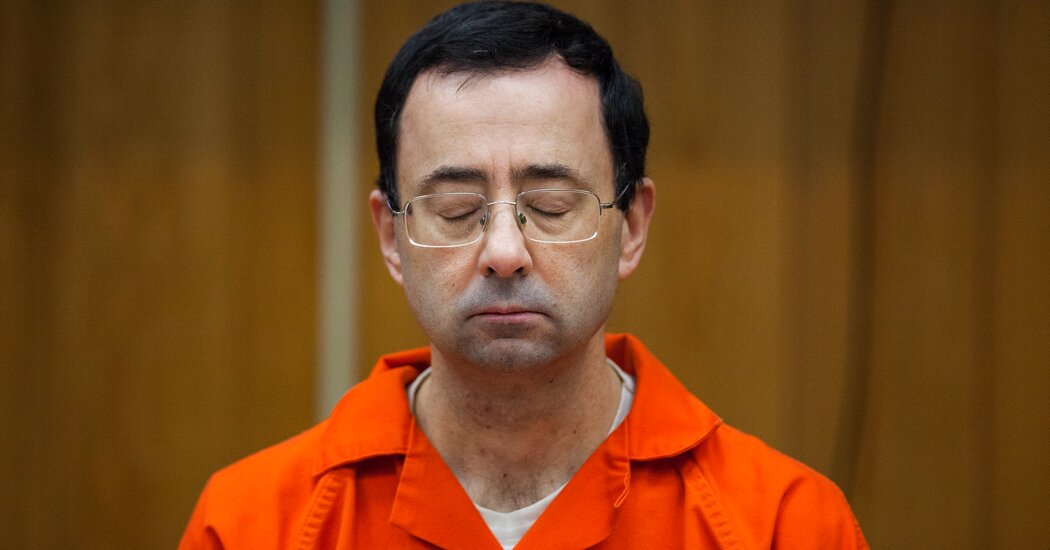 U.S.A. Gymnastics and a court-appointed committee representing sexual abuse victims of Lawrence G. Nassar, the former national team doctor, filed a joint plan on Tuesday that would allow the federation to emerge from bankruptcy and would include a $425 million settlement with those in the sport who were victims of abuse.

The plan, submitted to the U.S. Bankruptcy Court for the Southern District of Indiana, would end the onslaught of Nassar-related lawsuits against the federation and would compensate the 500 or so gymnasts — including Olympians like Simone Biles and Aly Raisman — involved in the proceedings who say they have been harmed by someone in the sport.

Many athletes abused by Nassar, who molested them under the guise of medical treatment, have been in mediation with the federation since 2018, when U.S.A. Gymnastics filed for bankruptcy protection as a way to settle the growing number of claims and compensate victims.

The $425 million offer in the current plan is nearly double the sum U.S.A. Gymnastics offered as a settlement in early 2020, when it suggested giving $215 million to the Nassar victims. That plan was immediately rejected by many Nassar survivors as too low, and it was also rejected by the court, partly because third parties, like the United States Olympic & Paralympic Committee, were not contributing funds.

To make the current plan official, all of the insurance companies involved in the settlement — including the company that insures Martha and Bela Karolyi, the former women’s national team coordinators — need to agree to fund the $425 million payout. The bankruptcy court would also have to certify the plan, and the individual victims will vote on it. A majority of the claimants would have to accept the plan, and that majority must account for at least two-thirds of the monetary settlement.

In an emailed statement on Tuesday, U.S.A. Gymnastics expressed confidence in the proposal.

“After extensive discussions, this plan has been jointly proposed by U.S.A. Gymnastics and the Committee,” U.S.A. Gymnastics said in a statement, referring to the committee of sexual abuse survivors involved in the negotiations. Many of the insurers support it as well, the federation said. “We anticipate that this plan will be confirmed later this year and greatly appreciate all parties’ efforts to get to this point.”

The current settlement offer is much lower than the $500 million Michigan State University agreed to pay the more than 300 girls and women who were abused by Nassar, a longtime employee of the university. But Rachael Denhollander, who was abused by Nassar and is a member of the survivors’ committee that helped negotiate the proposal filed in court on Tuesday, said the current plan was about more than just money.

“I will say that the survivors deserve help with their medical care, and therapy is not cheap, so I do think they deserve compensation,” she said. “But it would also be in the best interest of everyone to see actual change and reform to take place in the organization. That’s what we were hoping for. Change was our goal.”

Denhollander said that the survivors’ committee had accepted the plan only after U.S.A. Gymnastics agreed to a list of provisions geared toward reforming the organization and making the sport safer for its athletes. One calls for the establishment of a truth and justice commission, which would examine how Nassar had been able to operate in the organization for so long and molest so many athletes and would come up with ways to prevent such abuse, and the enabling of it, from happening again.

“The non-monetary provisions of this plan are absolutely key,” Denhollander said. “It is reform and change for the next generation. If U.S.A.G. does indeed work with survivors to see these provisions through, it would be groundbreaking.”