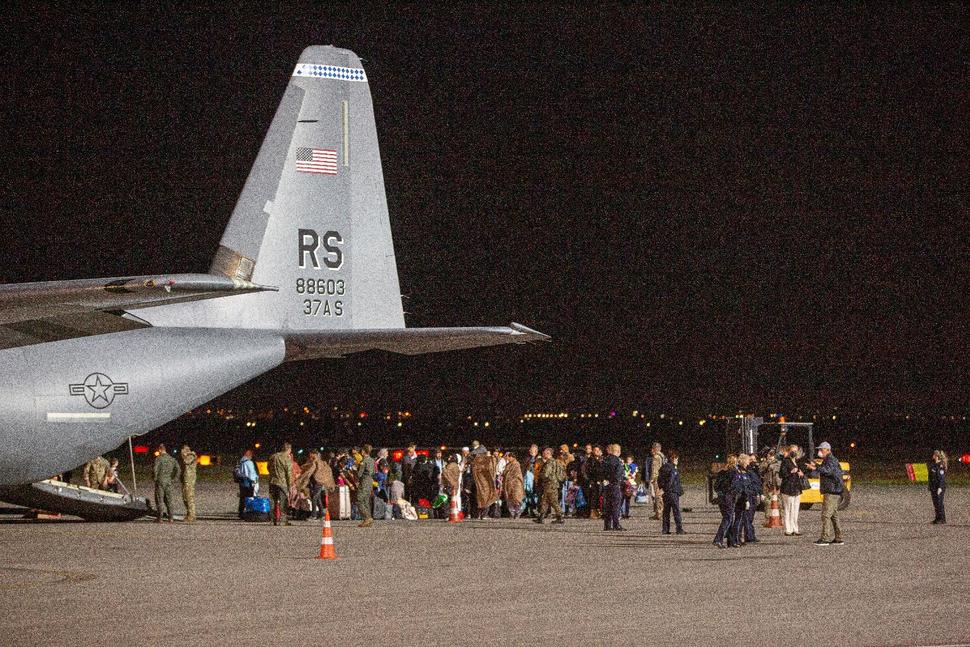 A U.S. official says the United States plans to send Afghan evacuees who require more screening to a site in Kosovo.

The United States intends to send Afghanistan evacuees who fail to clear initial screenings to Kosovo, which has agreed to house them for up to a year for additional processing, a U.S. official told The Associated Press on Saturday.

Pentagon Orders U.S. Airlines to Aid Afghan EvacuationNOW PLAYING
Afghan evacuees, refugees fleeing after Taliban seizure of Kabul
Biden: U.S.has a ‘Long Way to Go’ in Afghan Evacuation
Afghanistan crisis: Kosovo provides temporary shelter to asylum seekers
Afghan Mother Delivers After Landing in Germany
The U.S. plan is likely to face objections from refugee advocates, who already complain of a lack of public disclosure and uncertain legal jurisdiction in the Biden administration’s use of overseas transit sites to screen many of roughly 120,000 Afghans, Americans and others evacuated from Taliban-held Afghanistan.

The U.S. official spoke on condition of anonymity to discuss the plan. It was the first disclosure of what the U.S. intends to do for Afghans or other evacuees who have failed to clear initial rounds of screening or whose cases otherwise require more time.

Other countries have been reluctant to take evacuees who may pose security problems off U.S. hands.

Most Afghan evacuees are clearing processing in a matter of days at large transit sites that U.S. government employees set up quickly at military bases in Qatar, Germany and Italy, along with smaller sites elsewhere. Those evacuees then fly through Philadelphia or Washington Dulles airports for resettling in the United States.

Other U.S. officials have said they expect most or all Afghans whose cases may initially raise red flags or questions to pass further screening.

The U.S. official said the transit centers “provide a safe place for diverse groups … to complete their paperwork while we conduct security screenings before they continue to their final destination in the United States or in another country.”

The U.S. will use a military camp, Bondsteel, that houses the U.S. army near the Kosovo capital for the further screening and processing of evacuees intended for resettlement in the United States, the U.S. official said.

A site down the road that formerly housed road crews will temporarily house evacuees bound for other NATO countries, under NATO’s management and care, the official said.

Germany and Italy each have set time limits of no more than two weeks for U.S. processing of any one evacuee on their soil.

Muslim-majority Kosovo considers itself a close ally of the United States since the U.S. spearheaded a NATO air campaign against Serbian forces brutalizing Kosovo civilians in 1999. Its leaders have agreed to one-year stays for the evacuees, with a possibility of extensions.

Refugee organizations say the U.S. hasn’t been open or efficient in its treatment of evacuees at overseas transit centers.

“There’s just a staggering lack of transparency from the administration about what is happening, who is there … who to contact if there are issues” for evacuees at the sites, said Adam Bates, an attorney with the International Refugee Assistance Project, one of the main U.S. refugee working with with Afghans seeking escape from the Taliban.

He spoke before the Biden administration disclosed its plans for the Kosovo site.