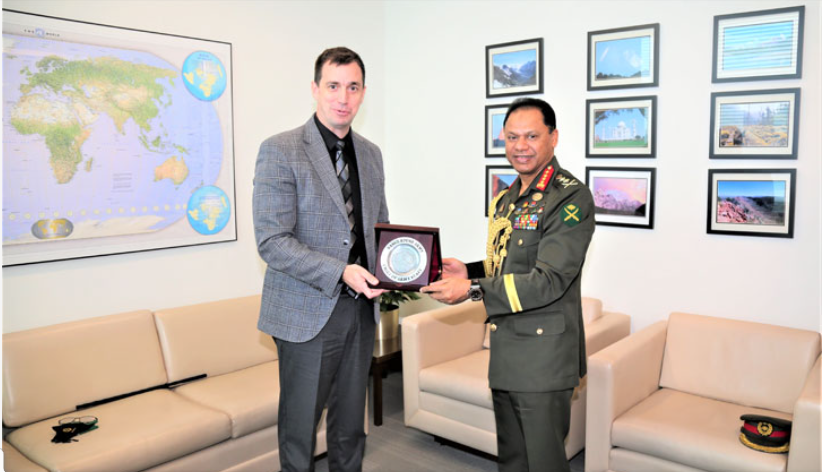 According to the Bangladesh Permanent Mission to the United Nations, Bangladesh Army Chief General SM Shafiuddin Ahmed has held bilateral meetings with a number of officials at the UN headquarters on various issues of mutual interest including peacekeeping operations. At the time, UN officials expressed this view.

During a visit to the UN headquarters in New York on April 25 and 26, UN Under-Secretary-General for Security and Safety Gilles Michaud, Acting Military Adviser Maj. The chief of staff met with General Christian Sanders and police adviser Luis Ribeiro Carrillho.

These very fruitful meetings highlighted various aspects of the significant contribution of Bangladeshi peacekeepers in the long run of UN peacekeeping operations.

The Acting Military Adviser highly praised the professionalism, ethics and discipline of the Bangladeshi peacekeepers and said that these are the reasons why Bangladesh is at the forefront of world peacekeeping operations. He expressed interest in recruiting more peacekeepers from Bangladesh in future.

ASG Khaled Khiari praised Bangladesh’s leadership in the Peace Building Commission and Peacekeeping. He also lauded the government and people of Bangladesh for transitioning from the LDC category and providing humanitarian shelter to the displaced Rohingyas.

During the meeting, the Acting Military Adviser and the ASG of the Department of Political and Peace Building Affairs requested a speedy deployment of an aviation contingent from the Bangladesh Army to the UN peacekeeping mission and the Chief of Army Staff agreed in principle.

ASG Christian Sanders praised the professionalism and logistical capabilities of the peacekeepers in Bangladesh. He hoped for Bangladesh’s assistance in building the capacity of other peacekeeping countries, including deploying Bangladeshi helicopter contingents in various missions.

On the occasion of the centenary of the birth of Father of the Nation Bangabandhu Sheikh Mujibur Rahman at the UN Headquarters, the Chief of Army Staff inspected the benches set up in the name of Bangabandhu and the planted tree-loss luqast.