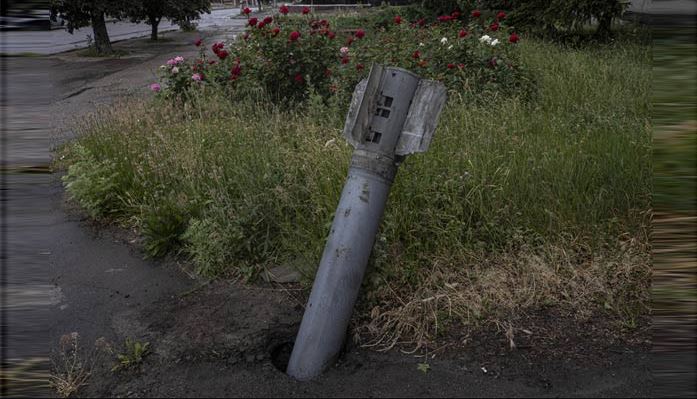 The city of Lisichansk in eastern Ukraine. Ukraine is one of the cities that became the center of the war in Russia. The city of Luhansk was hit by heavy bombardment on Wednesday. The city suffered heavy casualties in the fierce fighting.

The city, 600 kilometers (373 miles) from Kiev, is under the influence of artillery. Smoke billows from different parts of the city. The two sides have been fighting for some time.

The houses and roads are empty. Because the residents have moved to other places. Because there is no gas, electricity or water in the city. How will there be, the constant bombardment that is going on in various installations related to this!

Anadolu, a Turkish media outlet, reported the situation in the city.

Work is underway to remove people

Civilians seeking to leave the region are being brought to the city of Lysichansk with the help of Ukrainian troops. From there it is being taken by car to a safe city.

Tatiana Udavenko, a 29-year-old woman with childbearing age, was waiting for a car with her 7-year-old daughter. “We can go to the town of Dinipro,” he said.

He wants to reach that city as soon as possible. “It’s time for my baby to be delivered,” Udavenko said. Children can be born at any time. It is difficult to wait and stand in such a situation.

“We are going for the better,” he said. We have been trying to start a new life since we were young. In fact, how long we stay there depends on the war.

Their daughter, Elena, said she was terrified of the war.

Elena says she is a second grader. He misses his friends and school very much. He is dreaming that the war will end soon.

Intense fighting is also taking place in Severodonetsk, a town next to Lisichansk. The distance between the two cities is not too much. As a result, the sound of explosions and fighting can be easily heard from one place to another.

Russia launched an attack on Ukraine on 24 February. Initially, Russian troops moved closer to Kiev, but withdrew. Later it was reported that there was a change in their war plan. It is reported that the occupation of southern and eastern Ukraine is one of the goals of Moscow.