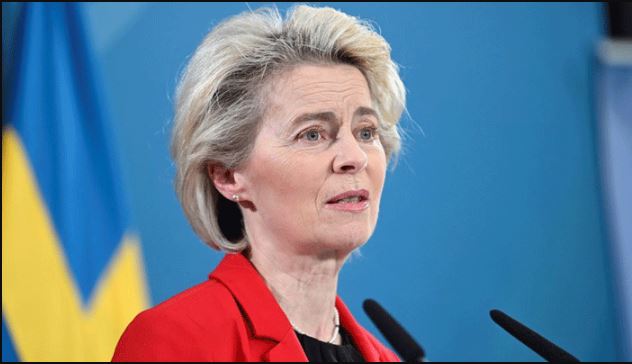 India has agreed to increase trade cooperation with the European Union (EU) and to form a technology council. An agreement in this regard has been signed after Indian officials held talks with visiting European Commission President Ursula von der Lane in Delhi.

India, meanwhile, has so far refrained from condemning Russia’s invasion of Ukraine. However, the country has called for an immediate end to the violence. And Moscow sees the operation in Ukraine as a “special military operation.”

The EU’s technical agreement with India on Monday is similar to that of the EU only with the United States.

Earlier in his introductory remarks during a meeting with Indian Prime Minister Narendra Modi, Von Dar Lane said, “I think this relationship is more important today than ever before.” We have a lot in common. But we are facing a challenging political situation now.

Following the signing of the agreement, the EU-India said in a joint statement that both sides agreed that the rapid change in the geopolitical environment has brought to the fore the need for joint strategic engagement.

The Trade and Technology Council will provide the necessary framework and political guidance to implement political decisions. It will also report to the political level to coordinate technical work in accordance with the agreement and to ensure implementation and follow-up in areas critical to the sustainable development of the European and Indian economies.

Ahead of talks with top Indian officials, a senior EU official said Von der Lane’s visit was expected to prompt India to increase its purchase of the alliance’s military equipment. It is also expected to negotiate an agreement to reopen the free trade system.

In a tweet, Indian Foreign Ministry spokesperson Arindam Bagchi said they had re-evaluated the effective progress of the India-EU partnership and agreed to strengthen cooperation in the areas of trade, climate, digital technology and people-to-people contacts.

After a meeting with Von der Lane, Indian Foreign Minister S Jayashankar said the two sides had exchanged views on the impact of the Ukraine conflict on the economy and politics.

India, like many European countries, has continued to buy oil from Russia, despite sanctions imposed on Moscow by the United States and other developed nations in the wake of the Ukraine attack.