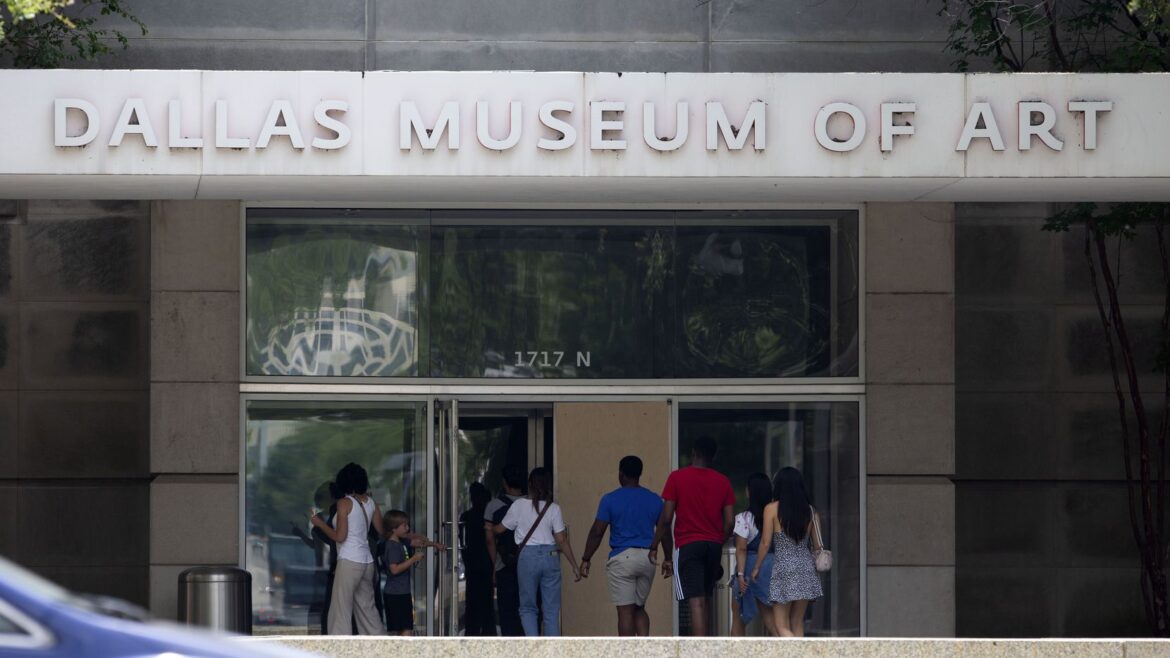 Until his retirement in 2016, John Barelli served as security chief at the renowned Metropolitan Museum of Art in New York. He worked there for 38 years. He’s also the author of Stealing the Show: A History of Art and Crime in Six Thefts.

Barelli is among the world’s leading authorities on museum security, so at the moment, he and his peers are fixated on one place

“I know all about it,” he said of the June 1 break-in at the Dallas Museum of Art. “But at the Met, we never had a case quite like this.”

Sharing his concern is one of the world’s leading preservationists of rare fine art.

Dallas’ own Robert Edsel, founder and chairman of The Monuments Men and Women Foundation, authored the bestselling book The Monuments Men, which became a Hollywood movie starring George Clooney, Cate Blanchett and Matt Damon. Edsel once owned an oil and gas company.

“The president of my company every single day began by asking, ‘What’s the worst thing that can happen to us today?’ And a couple of my executives used to say, ‘God, this guy’s got such a negative attitude.’ And his response was, ‘We don’t need to have a meeting to discuss all the good stuff that can happen to us. But if something really catastrophic happens, we’re out of business.’

With 25,000 works of art in its global collection, the DMA is the only municipal art museum in the Dallas-Fort Worth region sited on city property. All others are independent charitable organizations.

Police said Brian Hernandez, 21, approached the museum’s front entrance on North Harwood Street at about 9:40 p.m. on June 1 before shattering it with a metal chair and walking inside about six minutes later. He was not arrested until police arrived at 10:10 p.m.

By the time they got there, he had roamed freely through three floors of the building including its ancient Mediterranean gallery, decorative arts and design gallery and concourse — where two security guards located him, according to police.

Along the way, he shattered display cases and damaged other museum property such as phones, signage and computer equipment, police said. He backtracked at least once, they said, leaving the ancient Mediterranean gallery to retrieve from the museum’s entrance a metal stool, which he then wielded.

The biggest casualties were the artwork: Three ancient Greek vessels from the 5th and 6th centuries B.C. broke into pieces when Hernandez, according to police, struck the display cases containing them. A contemporary Native American artwork went the same way when Hernandez threw it to the ground, police said.

Related:These are the 4 artifacts smashed at the DMA by an intruder
Hernandez has been charged with criminal mischief of $300,000 or more, a first-degree felony. He seemed to seal his own fate when, amid the rampage, he picked up a phone and called 911, police said. When a dispatcher called back, museum security picked up and “stated that they did not call 911 and that there should not be anyone inside of the museum.”

Hernandez’s bail was set at $100,000. On Friday, he remained in Dallas County jail. His public defender declined to comment on the charges.

In a statement the day after the incident, the museum said he was unarmed.

Barelli said he could not understand how Hernandez “was able to do all that damage without somebody responding.”

But in Edsel’s mind, the questions are even more severe. He sees it as nothing less than an institutional failure that, if not corrected, poses potentially dire consequences.

For nearly 30 minutes, he said, “The assets of the city were in grave jeopardy.”

Edsel grew up in Dallas, graduating from St. Mark’s School of Texas and Southern Methodist University. In 2014, he received the highest honor given by the Foundation for the National Archives, whose recipients include filmmakers Steven Spielberg and Ken Burns, author David McCullough and newsman Tom Brokaw.

Edsel has authored four books, each of which tells the story of the men and women who protected some of the world’s most valuable art from theft by the Nazis and the inherent destruction of war.

When it comes to the DMA, “I would be focused on the failure — of leadership,” Edsel said. “The director of the museum’s primary responsibility is to protect the assets of the museum. The assets are the contents and the reputation. Both have been damaged.”

Damaged pieces “can be glued back together. But they’ll never be what they were. And now, the DMA’s reputation is damaged. What institution is going to feel comfortable loaning something to the DMA after this?”

Even then, he says, it could have been so much worse.