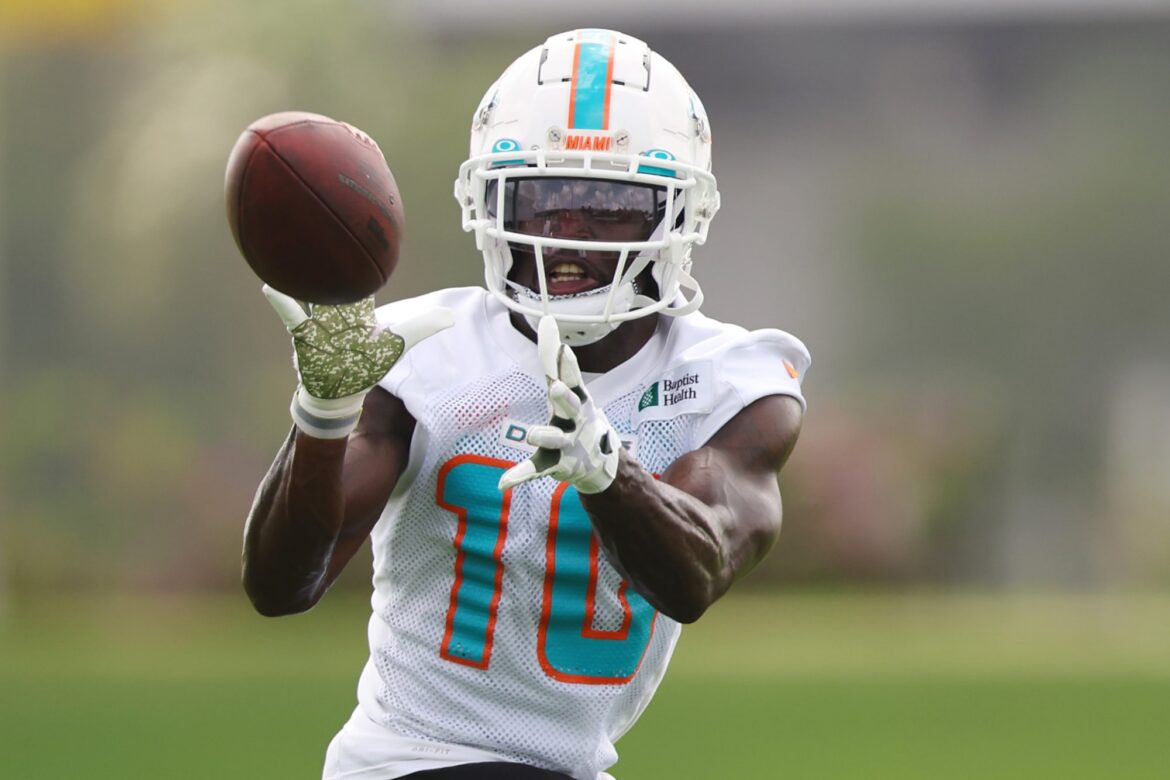 Braves rumors: Reds trade could give Atlanta another big bat at the deadline by Tim Boyle

The connection between Miami quarterback Tua Tagovailoa and wide receiver Tyreek Hill is off to a white-hot start at Dolphins training camp.

Since heading to Miami, Tyreek Hill has raved about his new quarterback.

Now Tua Tagovailoa and the star wide receiver are putting their connection to the test as Dolphins trading camp opens.

It doesn’t look like they’ll have a hard time building some explosive chemistry.

Tagovailoa tossed a 65-yard bomb to Hill, who beat his defender and scored to the delight of the present crowd. It was exactly the kind of play everyone there will have turned up hoping to see.

The Dolphins acquired Hill via a trade with the Chiefs earlier this year. The cost of a package of picks, including a first and second-round pick for 2022, will definitely be worth it if Tagovailoa and Hill are able to beat opposing defenses over the top consistently this year.

Miami drafted Jaylen Waddle last year and he broke out with 104 catches for 1,015 yards as a rookie. Fielding an offense with Waddle and Hill should make the Dolphins considerably more dangerous in 2022. Opposing defenses will have their hands full with the two of them.

Hill has been a Pro Bowler every season he’s been in the NFL so far. His connection with Chiefs quarterback Patrick Mahomes was one of the most productive duos. Now the wide receiver is tasked with forging that kind of connection with a new passer throwing his way.