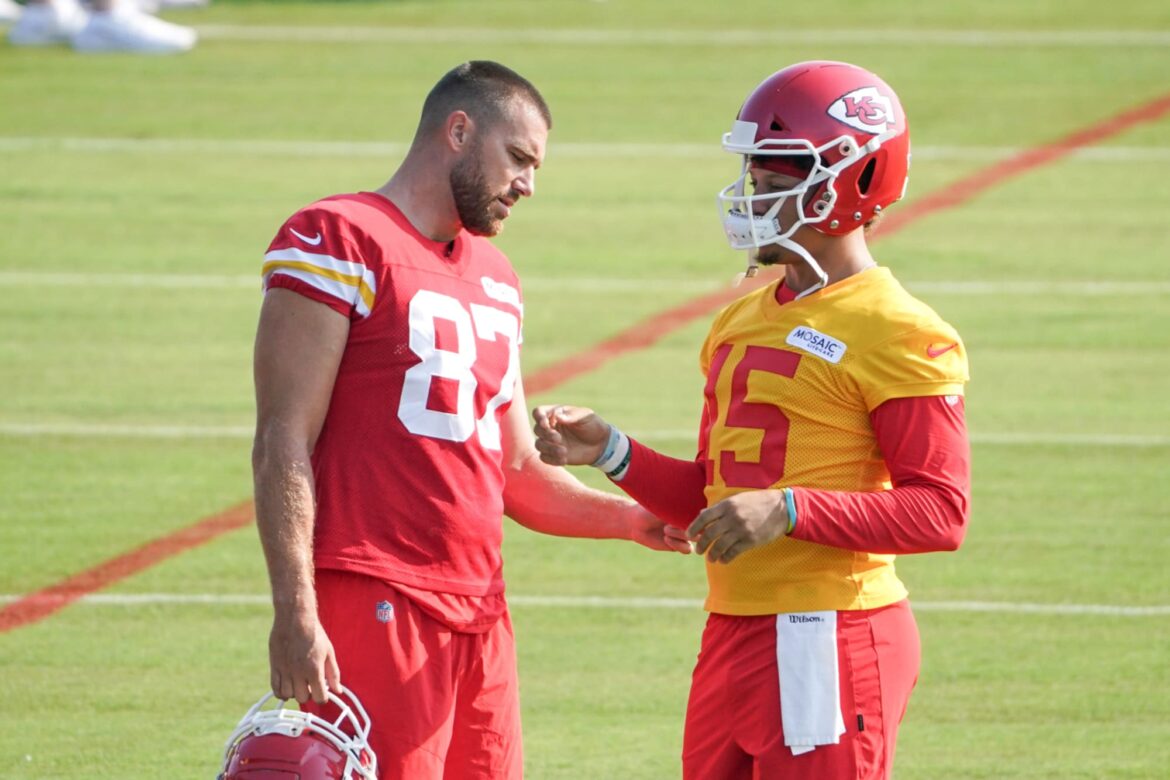 The way Travis Kelce is hyping Chiefs quarterback Patrick Mahomes this year should have the rest of the NFL bracing for what’s to come.

Patrick Mahomes wasn’t at his best in 2021, which is a scary thought since he still led the Chiefs to a 12-5 regular season record and two playoff victories.

He’s still only 26 years old, with a birthday coming up in September. He isn’t even in his prime.

One of his favorite targets, tight end Travis Kelce, is making it clear Mahomes continues to grow and learn each year. And this offseason has been particularly fruitful for the quarterback.

“What Pat’s able to do is keep developing,” Kelce said after Chiefs practice on Monday. “He keeps finding ways to get better as a quarterback. And that, by far, is what’s made this offense take off and go into more of a passing offense than what we’ve had in the past.”

Mahomes has already impressed Kelce as “one of the smartest guys [he’s] ever been around on the football field.”

The tight end praised his QB for continuing to develop his ability to read defenses.

“I think his development over the offseasons has got a lot to do with taking it to that next step, whether it’s the next read or understanding what the defense is doing so you know where to go even more precise with the ball instead of just feeling out the defense,” Kelce said. “I’ve really seen that out of him in this camp more than any other.”

Fans aren’t going to see a different Mahomes this season but they will see one that matures with each passing season.

After throwing a career-high 13 interceptions last year, there are definitely things he needs to improve. If he does that, opposing defenses will have their hands even more full than before.