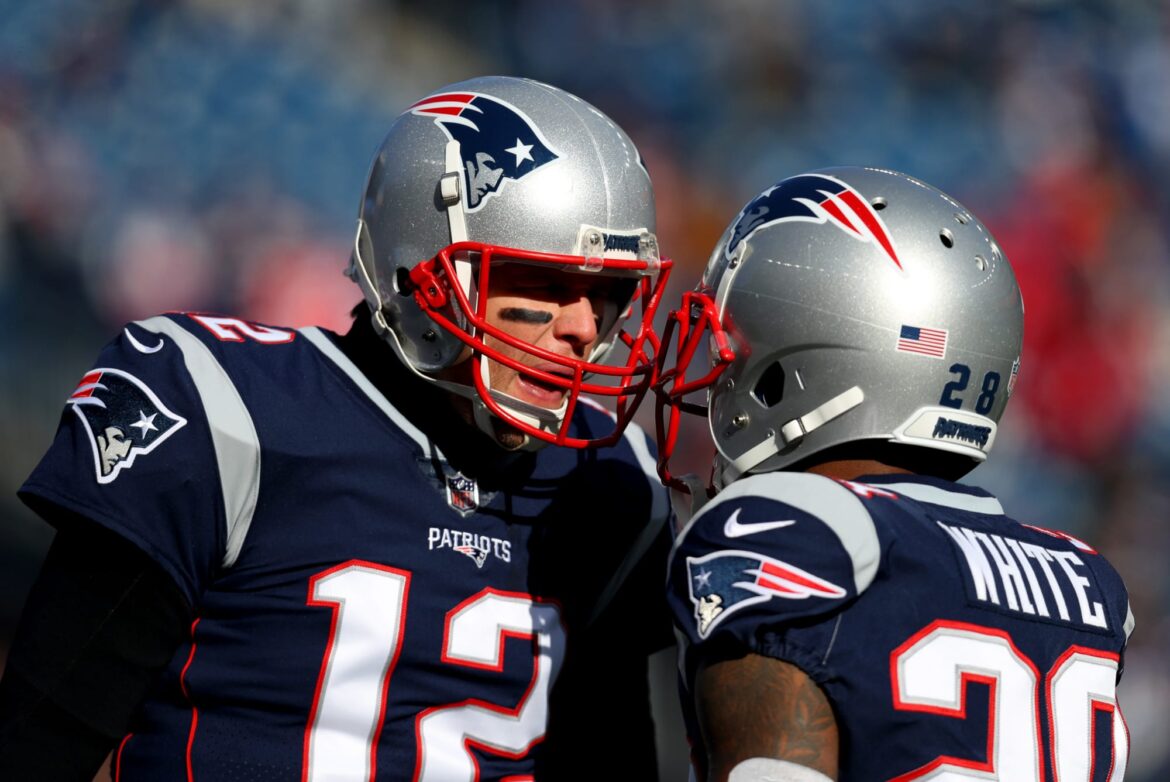 Tom Brady gave some Foxborough love to running back James White after the running back announced his retirement after eight seasons.

And old friend and teammate Tom Brady chimed in on the best wishes.

On his Instagram story, the seven-time Super Bowl champion, six with New England, called White the perfect teammate and congratulated him on his successful run, where both of them won three titles together. One of which brings tears of joy to Foxborough fans on a simple toss in overtime.

James White is the author of the only walk off touchdown in Super Bowl history. An overtime winner.

He played for eight seasons and NEVER lost a fumble.

The definition of reliability. pic.twitter.com/PFWufdhIUU

While together in New England, Brady and White reached the NFL’s biggest stage four times in five years, winning three, including the mentioned Super Bowl LI, where White’s 14 catches helped spur a 28-3 comeback over the Atlanta Falcons, the largest in Super Bowl history, and arguably considered among the greatest comebacks in NFL postseason history.

The friendship between James White and Tom Brady extends well beyond the football field. When White lost his father in a car accident, Brady was among the first to offer condolences, going so far as to call White “his forever teammate.”

That’s the kind of impact that Brady has on those who he plays with. Except Antonio Brown, who changes his mind from time to time, practically all of Brady’s former teammates have had nothing but positive things to say about him. That hasn’t changed despite Brady exchanging blue and red for pewter.

James White will forever be a Patriot and will be honored for all he has brought to the organization, including Super Bowl LI. Also, his teammates, including the most notable one Tom Brady, are grateful for his services and wish him the best in his retirement.