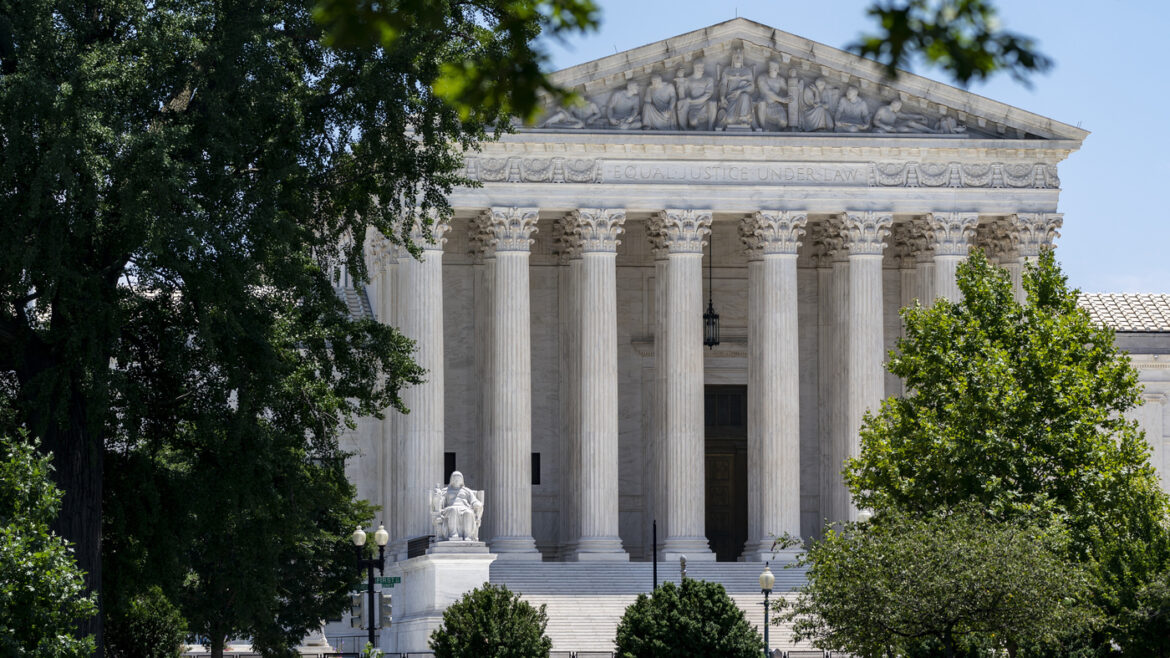 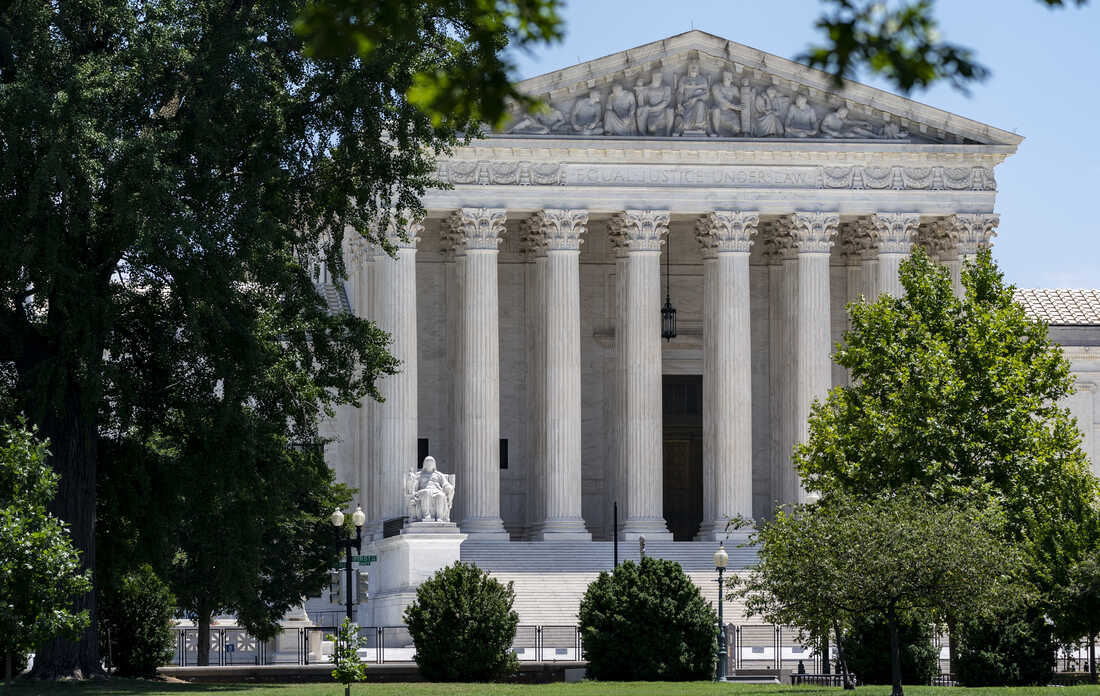 The U.S. Supreme Court is set to hear a case next term involving a controversial legal theory about the power state legislatures have over federal election rules that the conservative Honest Elections Project has been backing in court filings. 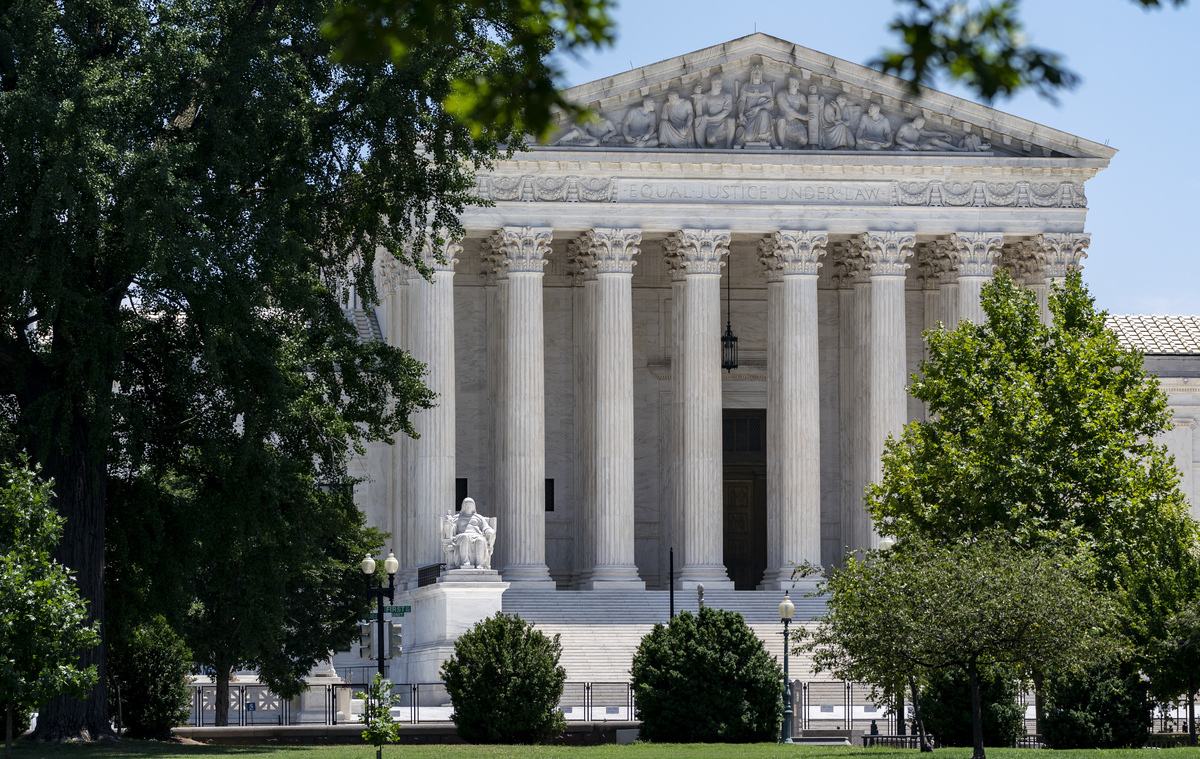 The U.S. Supreme Court is set to hear a case next term involving a controversial legal theory about the power state legislatures have over federal election rules that the conservative Honest Elections Project has been backing in court filings.

A controversial legal theory that could radically reshape presidential and congressional elections has had a vocal supporter in filings to the U.S. Supreme Court.

Since 2020, a conservative group advocating for more restrictive voting laws has filed multiple friend-of-the-court briefs to try to influence the justices, including with the claim that the U.S. Constitution gives state legislatures the power to determine how federal elections are run without limits from state constitutions or state courts.

The group calls itself the Honest Elections Project, which since 2020, according to corporate records filed in Virginia, has been a registered business alias for The 85 Fund. That organization has federal tax-exempt status, millions of dollars in donations and spending that are hard to trace, and ties to Leonard Leo — the Federalist Society’s co-chairman and former executive vice president who helped build the Supreme Court’s majority of conservative justices.

Three of those justices have signaled they are likely to side with Republican state lawmakers in an upcoming North Carolina redistricting case that could result in a Supreme Court endorsement of what’s known as the independent state legislature theory. The lawmakers would need the support of at least two other justices on the court, where conservatives enjoy a 6-3 supermajority.

Over the past two years, what many in the legal world considered a fringe theory has become an increasingly hot topic. The Honest Elections Project’s court filings underscore how conservative groups have been urging the justices to weigh in on exactly how much power state legislatures have over rules for federal elections.

“This is a priority for us,” says Jason Snead, the organization’s executive director, about the North Carolina case Moore v. Harper, which the court is expected to hear in the coming months. “Obviously, a case that deals with this issue in the Supreme Court is an incredibly important inflection point. And so we will be devoting resources to this.”

Snead’s organization has already devoted resources to other cases.

In 2020, the Honest Elections Project submitted a legal brief in support of Pennsylvania’s Republican Party, which unsuccessfully brought to the U.S. Supreme Court a case over whether a state court can extend the deadline for receiving mail ballots. Citing its authority under the state’s constitution, the Pennsylvania Supreme Court had ordered a three-day deadline extension to “prevent the disenfranchisement of voters” amid postal service delays during the COVID-19 pandemic’s first year.

In their brief against the Pennsylvania Supreme Court’s decision, the Honest Elections Project referenced the U.S. Constitution’s Elections Clause and Electors Cause in arguing that state legislatures are “vested with plenary authority that cannot be divested by state constitution to determine the times, places, and manner of presidential and congressional elections.”

This year, the conservative group echoed that position again at the U.S. Supreme Court in a brief for a case about whether North Carolina lawmakers could intervene in a lawsuit and defend a state law about voter IDs that the state’s attorney general was already defending.

“While the Court briefly revisited the independent state legislature doctrine last Term, it has yet to ‘make it clear’ that the doctrine is our law,” the Honest Elections Project’s brief said, quoting Justice Clarence Thomas’ dissenting opinion for the Pennsylvania case. “It should do so here.”

Snead — the Honest Elections Project’s executive director, who previously helped maintain The Heritage Foundation’s voter fraud database as a senior policy analyst — says the independent state legislature theory is not “something that we just stumbled across to advance a particular political agenda” and, in his opinion, gets to “the very core of what it is to have a free election.”

“I think it’s something which we need to give a definitive answer to — when the Constitution says legislatures write the laws that govern our democracy, is that what it means or does it mean something else?” adds Snead.

But many legal scholars point out that state legislatures are the products of, and limited by, their states’ constitutions and the U.S. Supreme Court has long deferred to state courts on interpreting state constitutions and laws.

Opponents of the independent state legislature theory warn that if it is ultimately endorsed by the highest court in the land, it could bring chaos to upcoming elections, make it easier to gerrymander maps of voting districts and clear a path for state lawmakers to try to subvert the results of the 2024 presidential race.

The court is likely to rule by next summer with its expected decision in the North Carolina redistricting case, which election law experts have been watching closely.

So far, however, the Honest Elections Project has yet to join the Republican National Committee and the National Republican Redistricting Trust in filing a friend-of-the-court brief for that case. (Both of those groups have cited variations of the independent state legislature theory in their filings.)

“This was simply a bandwidth question,” Snead says, noting that the group plans to submit a brief now that the Supreme Court has agreed to take on the case. “We’re, of course, very, very excited to see that the court is potentially going to step in and resolve this question.”