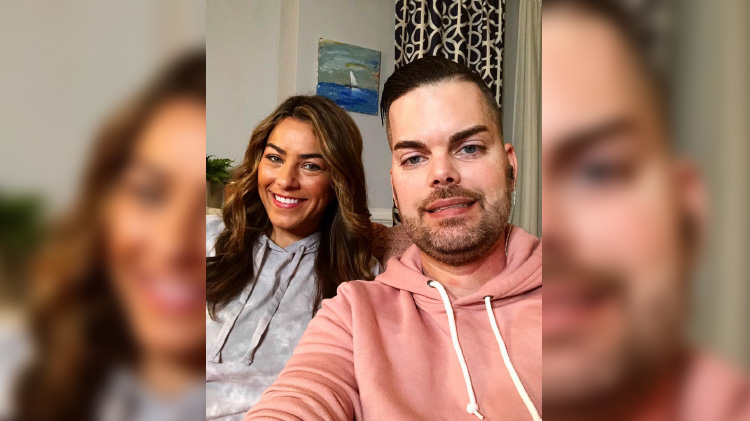 Out of all of the pairs on the spinoff 90 Day Fiancé: Pillow Talk, Veronica Rodriguez and Tim Malcolm are clearly fan-favorites. The former couple were technically not 90-day fiancés, but Veronica played a supporting role in Tim’s story line when he appeared on season 3 of 90 Day Fiancé: Before the 90 Days with ex Jeniffer Tarazona.

Their chemistry on Pillow Talk often leaves fans urging them to get back together — but what exactly is Tim and Veronica’s back story? Keep scrolling below to find out about the exes. 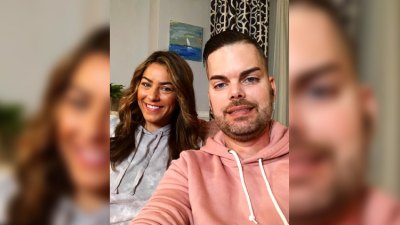 Tim and Veronica Were Previously Engaged

On a March 2021 episode of discovery+’s 90 Day Bares All, the pair revealed they met when Tim was 28 years old and Veronica was 23.

Veronica walked up to Tim at a bar, kissed him and slipped her number in his back pocket before the end of the night — and that’s how their love story began.

When the couple met, Veronica’s daughter, Chloe, was a year and a half old. Tim quickly stepped in as a father figure for Chloe. Tim and Veronica’s relationship progressed and they lived together and were engaged before they decided to go their separate ways.

Tim and Veronica Had a Nasty Split

“Veronica and I were together [for] eight years and just never, you know, tied the knot. We were starting to take different paths in life and we just changed,” Tim revealed in his confessional about his breakup with Veronica, which was four years before his stint on 90 Day Fiancé: Before the 90 Days in 2019 — which means they split sometime in 2015.

He said their separation turned nasty as they fought over their cars, their house and even their furniture. “But we finally got to a good place and now, she’s my best friend,” he explained. “We’re just two close friends that used to be engaged and we’ve raised Chloe together.”

Tim Remained in Chloe’s Life as Her Father Figure

Chloe, who was 12-years-old at the time, gushed over Tim in her confessional and called her daddy a “superhero.” Tim added, “She’s a big part of my life. I’m not her biological father but in my mind, she’s my daughter.”

Returning for an episode of 90 Day Diaries in June 2022, Tim has begun to teach 15-year-old Chloe to drive. “Chloe, she’s still a little girl in my mind. Kids grow up, and I’m excited to see her blossom into an adult,” he explained to producers. “But it’s just very scary how quickly time flies by. I feel very fortunate that Veronica and I are still on the same page about how we raise Chloe.”

Veronica Was Protective Over Her Bond With Tim

Part of Tim and Jeniffer’s story line included Jeniffer’s jealousy over his close relationship with Veronica. Veronica was also very vocal about her concern over Tim’s possible engagement to his online girlfriend and worried it would change their family’s dynamic, but Tim reassured her that he wouldn’t let another woman come in between him and Chloe or their family — even though he admitted Jeniffer was insecure about the amount of time he spends with his ex.

“He may not be my husband but, you know, he’s my best friend,” Veronica said in her confessional during season 3 of Before the 90 Days. “I don’t know what I’d do without him. I’m concerned and kind of wary of Jeniffer. I know she’s after something and I don’t think it’s his heart. If I have to step in, I will. I mean, she’s not gonna f—k my family up.”

Veronica Has Affected Tim’s Past Relationships

In his own confessional on the spinoff, Tim admitted that Veronica has caused issues in his past relationships. “I’ve had some threats of ‘get rid of her, or else,’” Tim said. “I need Veronica in my life because of Chloe, but I need Jeniffer in my life because I want to have a future with somebody. But if this turns into World War 3, I’ll have to do something about it.”

While Veronica did pose an issue in Tim and Jeniffer’s relationship, the couple eventually split because of other problems. Tim traveled to Colombia to meet Jeniffer in person for the first time after meeting on a dating app specifically used by men to meet Colombian women, but they butted heads throughout his trip. While they were not ready to get engaged, Tim still presented Jeniffer with a promise ring at the end of their trip.

He planned to start the K-1 visa process for Jeniffer when he returned to the United States, but their fights continued to intensify, he revealed during the June 2020 episode of TLC’s limited series, 90 Day Fiancé: Self-Quarantined. By that time, Tim and Jeniffer were already broken up and they hadn’t spoken in a couple of months.

Tim explained the K-1 visa process was very expensive so he told Jeniffer he would need time to save the funds. Shortly after, he purchased a very costly piece of equipment for his custom gun business, which ended up exacerbating their relationship struggles. “And then of course, to her, that was like, ‘Oh, you care more about your business.’ That started a series of arguments,” Tim revealed. “She didn’t want to come anymore and we stopped talking. We were done.”

Following Jeniffer’s relationship with Tim, the Colombian beauty went on to date another 90 Day Fiancé alum — Darcey Silva’s ex, Jesse Meester. Showcasing their relationship on 90 Day Fiancé: The Single Life, Jeniffer and Jesse faced off against Tim and Veronica during the dramatic season 2 tell-all.

Tim previously predicted during 90 Day Bares All episode in October 2021 that the new couple’s chemistry would eventually “fizzle out.”

​​”They seem like the perfect match for each other. They’re both self-centered, kind of egotistical, narcissistic,” the North Carolina native added to host Shaun Robinson. “I would put my bottom dollar that you won’t ever see them together long-term, and he better have a big wallet to keep her happy.”

Confronting her ex, Jeniffer fired back at the January 2022 tell-all, “I am an architect and fashion designer, I don’t need money from a man.” She added, “I can’t even call Tim, my ex, because we never developed these real feelings for each other.”

Having Tim’s back, Veronica replied, “But you accepted the promise ring, so clearly you guys had some sort of relationship.”

“And I accept throwing it in the trash and it’s there. You know what? It wasn’t a real diamond,” Jeniffer snapped back.

Getting the last laugh, Veronica revealed the ring was previously hers, “It’s OK, I still have the papers on it.”

Will Tim and Veronica Ever Get Back Together?

Tim addressed fans’ hopes of him reconciling his relationship with Veronica in a June 2020 episode of Self-Quarantined. “I look at [Veronica] more like a sister now,” he said. “I don’t really look at her like a romantic interest and I’m sure she probably feels the same way about me.”

“I think Veronica and I made a good couple,” Tim added. “A lot of my best memories of my life are with Veronica. I think what we have is beautiful and I wouldn’t want to change it.”

Are Tim and Veronica Dating Other People?

On a March 2021 episode of Bares All, Tim and Veronica introduced their significant others to fans. Veronica was dating a man named Grant Glaser and Tim was dating a woman who was 17 years younger named, Linda Ramirez, a Colombia native who had been living in the United States for about two years.

While Tim’s current relationship status is unknown, it seems Veronica’s relationship with Grant fizzled out as the mom of one is set to make her own debut on season 3 of The Single Life. The series premieres on September 12th and this time around, it’s Veronica’s turn to find a suitor that will accept her ex-fiancé turned bestie.