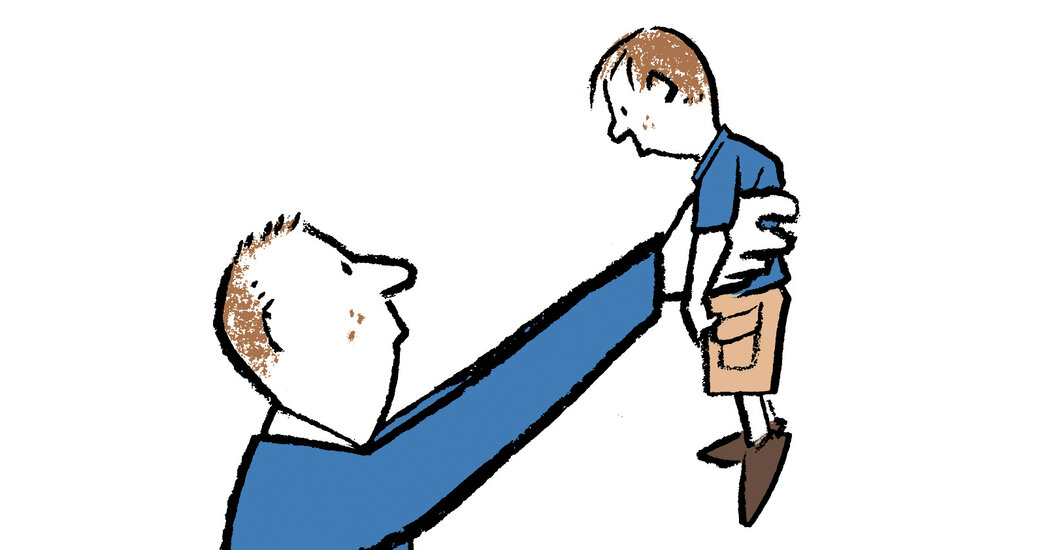 During the pandemic I fantasized about writing a parenting book. Its title would be: GET OUT OF THE EFFING HOUSE. But maybe it’s just as well I didn’t, since it seems every other person in America did. There are many, and they are a mixed bag — understandable when you consider the fact that everyone was writing within whining distance of their children. Here are four worth your consideration; you may find them as helpful as curling up with that third glass of afternoon chardonnay.

FOURTEEN TALKS BY AGE FOURTEEN: The Essential Conversations You Need to Have with Your Kids Before They Start High School (Harmony, 320 pp., $26.99) is the book I needed when my own sons started middle school. I was not an intuitive, tuned-in parent, and I didn’t really notice my son’s suffering, though arguably I should have gotten a clue when he wrote MY LIFE SUCKS on his wall with a Sharpie. But we assume being miserable in middle school is normal, a rite of passage even, and some of us go ostrich on our kids and come up for air when they’re 20. Michelle Icard, a speaker and educator who specializes in young adolescents, wittily shows us how to have The Talks on everything from pornography to privilege. She calls her communication system BRIEF for begin peacefully; relate; interview; echo what you’re hearing; and give your kid feedback. I particularly appreciated her recommendation to practice what she calls Botox Brow: at that moment your kid catches you off guard with surprising or upsetting news, she advises parents, “Pretend you are a celebrity on a late-night talk show who has been so overly Botoxed you can’t move your forehead at all. You will feel like a robot. A Stepford Parent. If you do, you’re doing it right.”

How do you become a loving and present father, when the models of fatherhood in your childhood are crap? That’s the question at the center of Craig Melvin’s POPS: Learning To Be a Son and a Father (Morrow, 208 pp., $26.99), a memoir of the “Today” show co-host’s troubled upbringing. Violence, addiction and mayhem ran deep in Melvin’s paternal lineage. Growing up in Columbia, S.C., in the 80s and 90s with a dad who “didn’t set out to be a bad father” but nevertheless drank and gambled away the family money, Melvin, like a lot of Black kids of his generation, was obsessed with “The Cosby Show” and dreamed of having Cliff Huxtable as a dad. “He didn’t need to be a doctor or a lawyer, but I wanted a dad who would come in and read the paper and talk about the news and ask me how my day went. Before the Cosby show, I hadn’t seen a character like that on television; there was not a Black male father who was a professional, and who had a happy, intact family, who had lived in a nice big house in New York, who talked about highbrow things, who celebrated art and music. A father you could have a real conversation with. That was all foreign to me.”

Melvin makes sure he can always have conversations about his children’s passions, even if he doesn’t share them; the man read the Pokémon field guide for God’s sake. He writes, “I know who Squirtle is, and that’s meaningful to Del.” “Pops” is moving, and while Melvin never quite comes up with answers, the question of how to be different clearly stays with him every hour of every day. You may not share Melvin’s history, but the lessons he learned are universal.

You can’t argue with Jessica Lahey’s bona fides for the subject of parenting: She is a mother, a teacher in a rehab school for adolescents and a recovering alcoholic herself with a family history of addiction. ( “I was raised to understand that the proper term for passing out was ‘taking a nap.’” ) THE ADDICTION INOCULATION: Raising Healthy Kids in a Culture of Dependence (Harper, 336 pp., $26.99) chronicles the complex interplay of genetics and environment that leads to substance abuse problems, and explains how parents can reduce risk factors while amplifying proven protective factors —everything from extended family to pet ownership — that can help keep your kids safe. It’s an important book for the parent who says, “This could never happen to my kid.” Because it could.

Here is how Einat Nathan describes babies: “Think of them as tourists in a country where they don’t understand the language, not even the noises or the lights.” If that doesn’t make you feel tenderly towards the little buggers, nothing will. MY EVERYTHING: The Parent I Want To Be, The Children I Want to Raise (Hachette Go, 304 pp., $28) is a series of short, often funny essays that beautifully capture the micro and macro meanings of being a parent. The constant annoyances that can’t be separated from the pleasures (“They go on and on about things, making me want to die of boredom”). The anxiety that is so counterproductive, because it usually makes us concentrate on ourselves, not them. The critical importance of failing, because frustration and disappointment — starting with not getting more Gummy Worms and perhaps ending with not getting that big job or big love — is vitally important to growth. We are there, she says, to plant the seeds of optimism, to give children a workaround so that when life gives us a No, we know that there are still many Yeses in our future. Or, as she puts it, “I’m not getting you an ice cream right now, but you can have some watermelon.”

That watermelon is still pretty great, and besides, there’s ice cream and cake in your future.