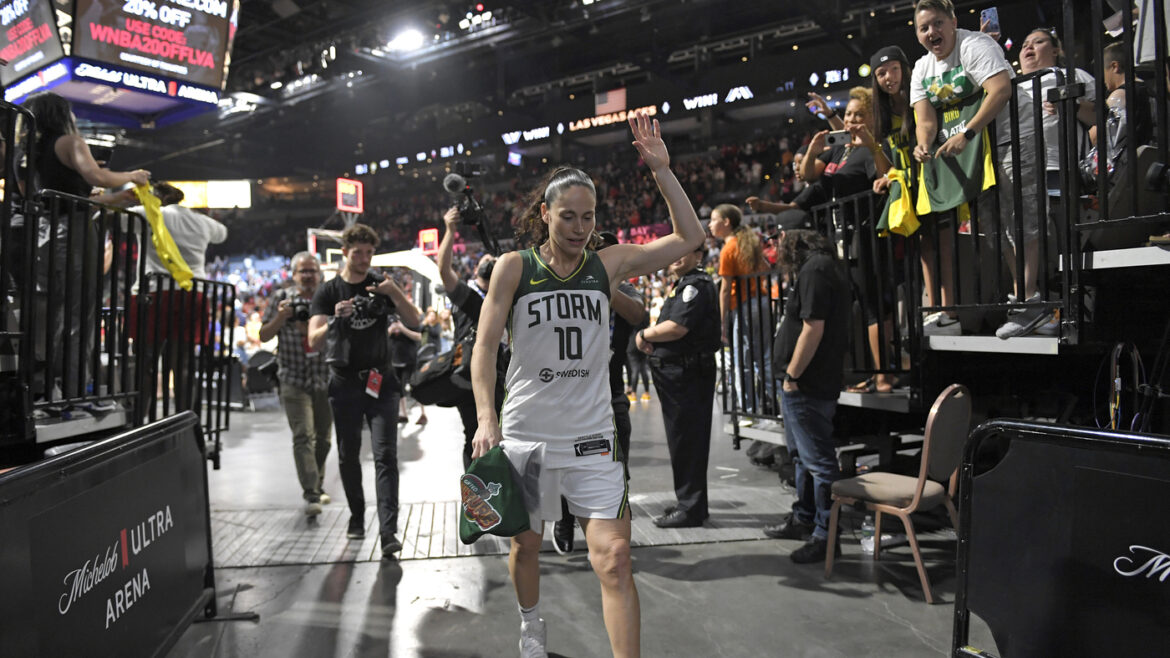 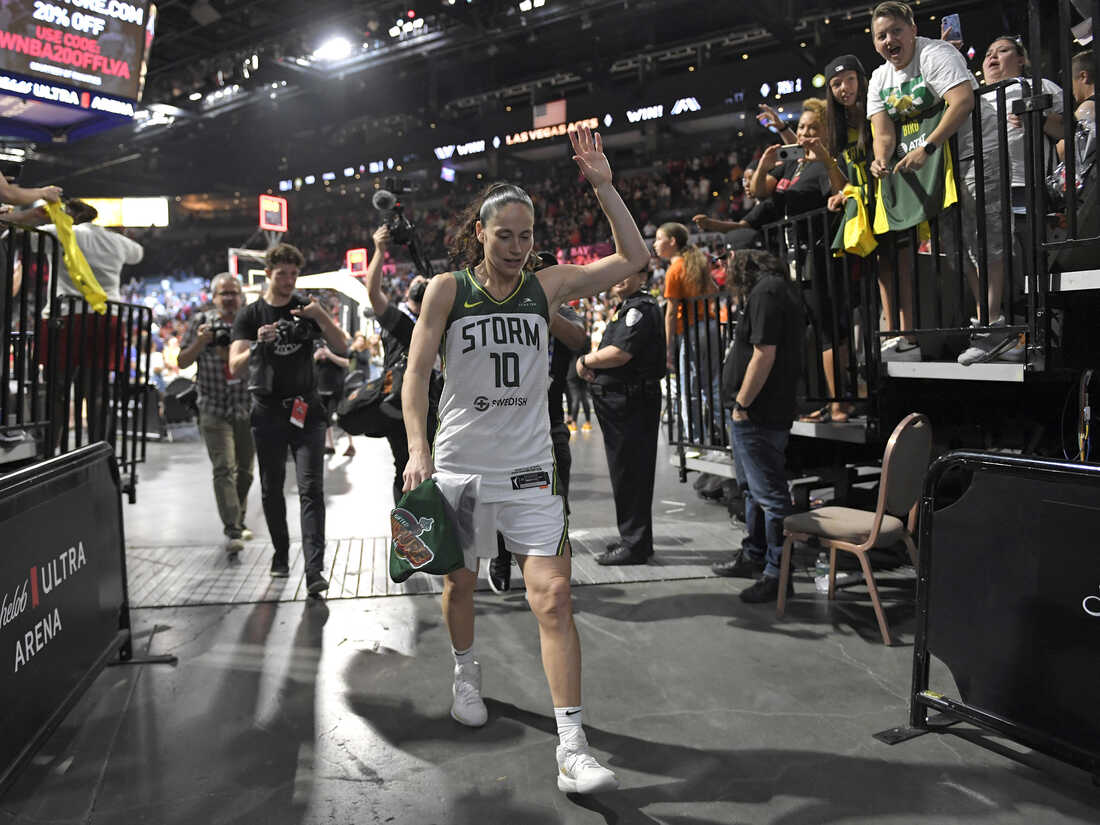 Sue Bird of the Seattle Storm walks off the court after the game against the Las Vegas Aces on Sunday at Michelob ULTRA Arena in Las Vegas. 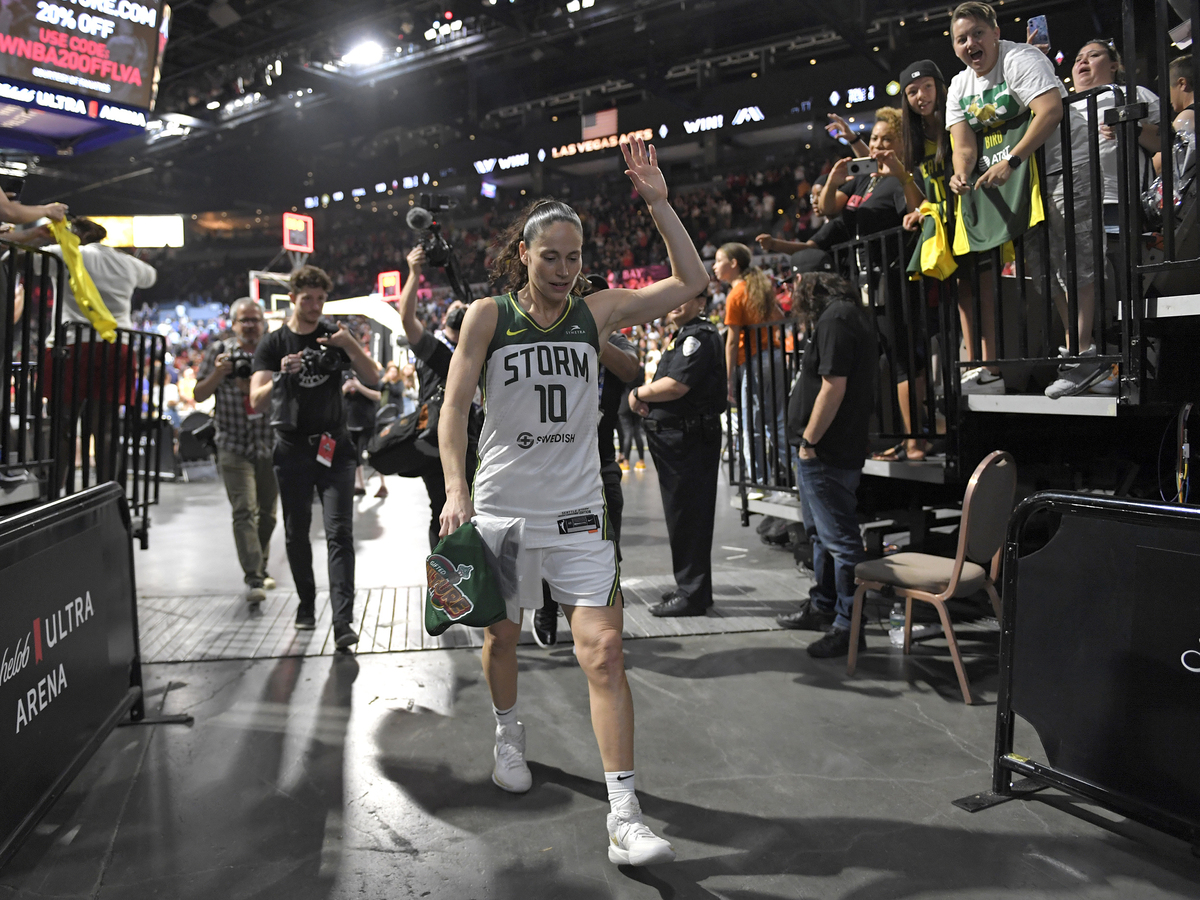 Sue Bird of the Seattle Storm walks off the court after the game against the Las Vegas Aces on Sunday at Michelob ULTRA Arena in Las Vegas.

The WNBA playoffs tip off Wednesday at 8 p.m. ET with eight teams chasing the championship and during this year’s playoffs, there are several key storylines that are standing out.

The Chicago Sky are attempting to become the first team in 20 years to win back-to-back championships. Seattle Storm star Sue Bird will be retiring after this year, marking the end of a 19-year career in the league. And the Phoenix Mercury will be heading into their playoff run without Brittney Griner, who remains in Russian custody facing a prison sentence. Tom Goldman spoke to Morning Edition regarding the key storylines for fans to pay close attention to.

Bird, the Seattle Storm’s elder stateswoman point guard, is planning to retire when the playoffs end. She will retire as the career leader in assists. “She’s a passing wizard, one of those players teammates love to play with. And she’s also credited with helping spur the growth of women’s sport in Seattle and even nationwide,” Goldman said.

The Phoenix Mercury enter the playoffs without Brittney Griner

Griner, the Phoenix Mercury center, remains in Russian custody, where she’s been since February. Griner was detained on at Sheremetyevo International Airport after federal security found she was carrying vaporizer cartridges containing less than a gram of hash oil. A court found her guilty and sentenced her to nine years in prison. “The Phoenix Mercury will go up against the No. 1 seed, Las Vegas Aces, without Griner, but they are also missing another legendary guard, Diana Taurasi, who sat out the end of the regular season with injury,” Goldman notes.

The Chicago Sky are looking to do something that hasn’t been done since 2002 — win back-to-back titles. The last team to do so were the Los Angeles Sparks who won titles in 2001 and 2002. The Sky made history during their playoff run last year, being the first team in the league’s history to win the title without being the No. 1 or No. 2 seed.