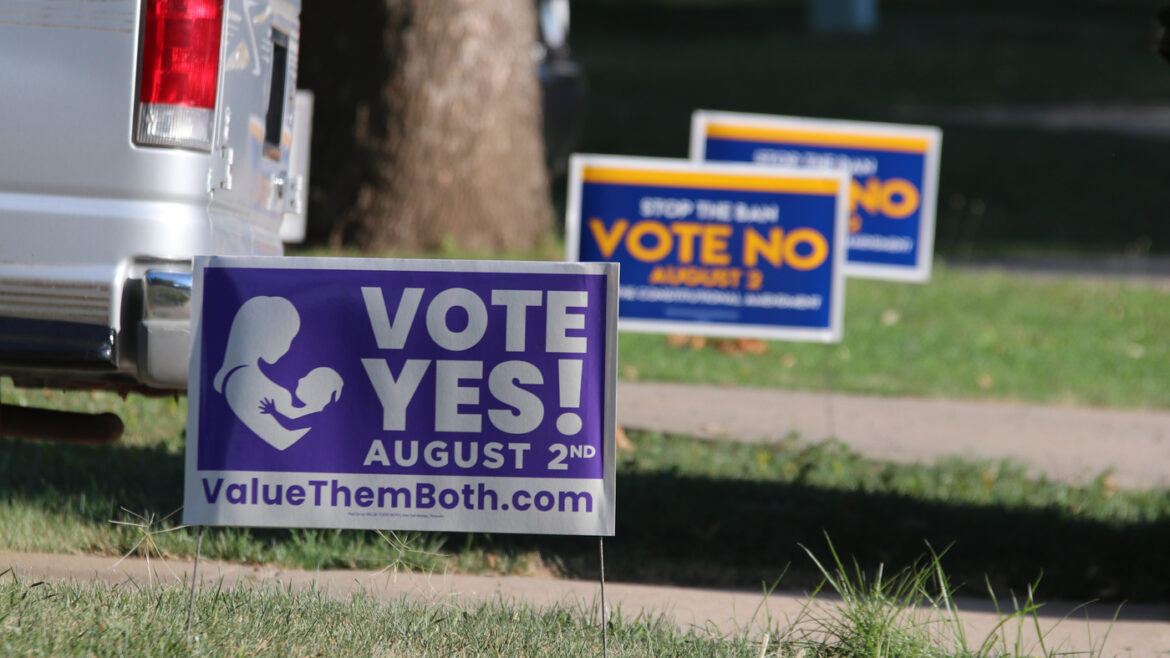 Political signs for the state constitutional amendment vote on abortion rights in Kansas sit near each other in yards in Overland Park, Kan., July 16, 2022. 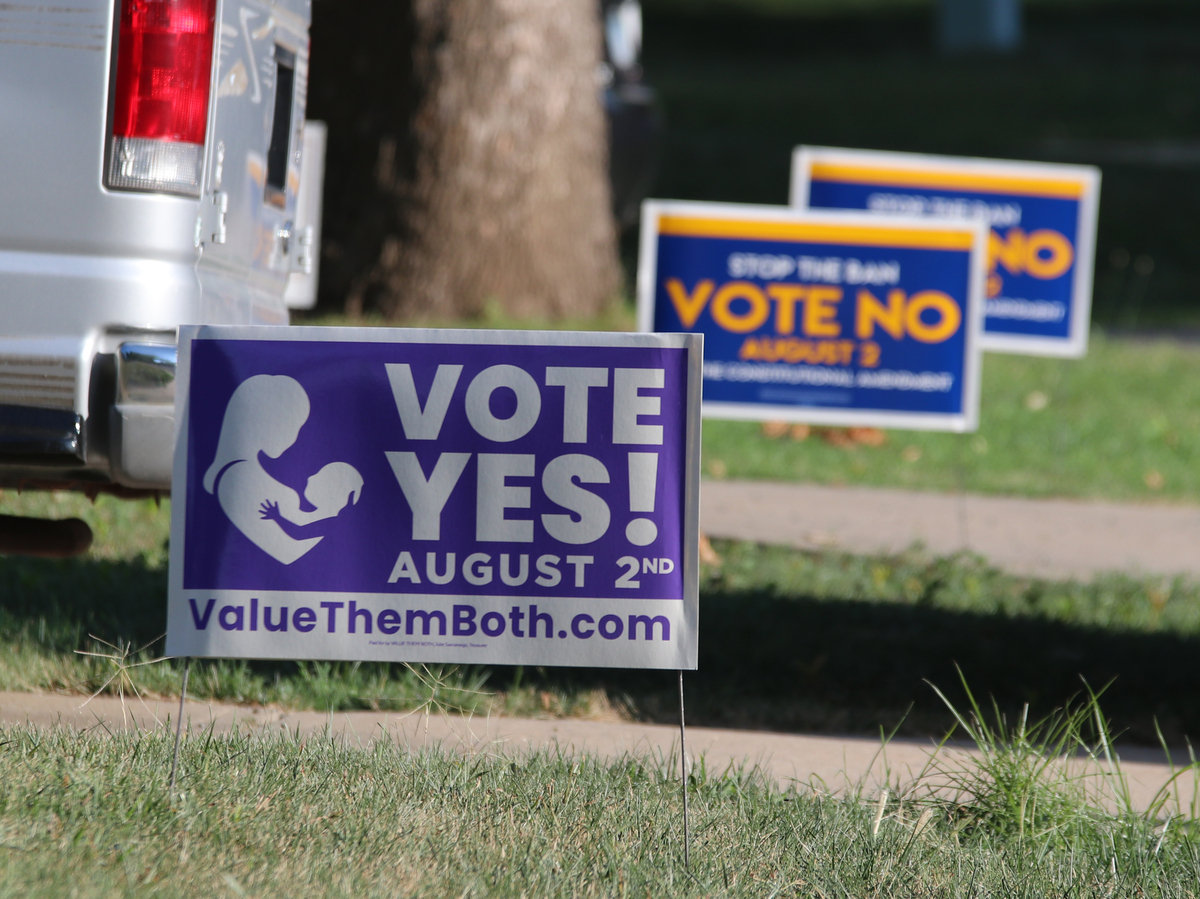 Political signs for the state constitutional amendment vote on abortion rights in Kansas sit near each other in yards in Overland Park, Kan., July 16, 2022.

LAWRENCE, Kan. — Today, voters in Kansas will decide whether their state constitution should not explicitly protect abortion. Protesters against the amendment have taken to the streets, while rallies in support are taking place in church sanctuaries. It’s also spurred millions of dollars of campaign funding to flood into the state from across the country.

Supporters say the amendment does not ban abortion. They argue it would correct what they see as the state court’s overreach by striking down some of the state’s previous abortion restrictions. For example, a law struck down in December that mandated specific health inspections for abortion providers could kick in if voters tweak the state constitution next week.

As the state hurtles toward the vote, the campaign arguments have been contentious, and the vote appears to be close.

“At the end of the day, the vast majority of Kansans, they are with us,” said Mercedes Schlapp during a recent rally at Central Christian Church in Wichita. Schlapp’s husband, Matt Schlapp is the chairman of the American Conservative union. They argued the vote simply puts abortion policymaking back in the hands of lawmakers.

“They understand the importance of this amendment to protect the woman and protect our unborn babies.”

But at least some polling doesn’t support that. According to a 2021 Kansas Speaks survey by Fort Hays State University, most Kansans support at least some access to abortion services.

Alesha Doan, an abortion policy expert at the University of Kansas, says work by abortion opponents over the last 30 years has had one goal in mind — a full-blown abortion ban in Kansas.

Protests have popped up even in some of the most conservative communities in the western part of the state — Hays, Dodge City and Garden City.