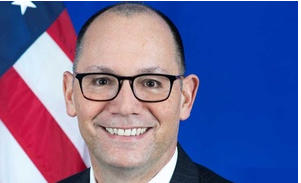 US Ambassador to Dhaka Peter Haas has said that his country will not take any side in the upcoming elections in Bangladesh.He made the remarks at a function on US-Bangladesh relations in the presence of Foreign Minister AK Abdul Momen on Sunday.

Peter Haas said: “I want to make it clear that the United States will not take sides in the upcoming elections. We only expect a democratic process through which the people of Bangladesh can decide who will run the country. ”

Although there is one and a half years left before the national election of Bangladesh, it is being discussed in the political arena. The statement came from the US ambassador.

The United States also raised questions after allegations of irregularities surfaced in the last two elections in Bangladesh.

The BNP has already announced that it will not contest the next elections if the Awami League is in power. It was also discussed during a meeting between US Secretary of State Anthony Blinken and Foreign Minister Momen in Washington earlier this month.

It was then reported that Foreign Minister Momen had “called” on the United States to bring the BNP to the polls.

After that BNP said that Awami League is giving ‘oath’ to foreigners not to give people’s right to vote.

Elections were also discussed at a seminar on “Bangladesh-US Relations: Enhanced Cooperation and Progressive Partnership” at the Bangladesh Institute of International and Strategic Studies (BIISS) in Eskaton on Sunday.

Speaking before Foreign Minister Momen, Peter Haas said, “I am satisfied that Foreign Minister Momen has made a statement to the effect that Bangladesh will welcome foreign observers in the next elections. I also welcome the Law Minister’s recent commitment to reform the Digital Security Act to prevent its misuse. ”

“In fact, the election has already begun,” he said. Elections held in accordance with international standards are not limited to voting on election day.

“Democratic elections in the true sense of the word require the expression of citizens’ opinions, the fearless pursuit of journalists, and the creation of a wide range of civil society opportunities.”

Speaking as the chief guest after the ambassador, Foreign Minister Momen said Bangladesh welcomes foreign observers for the upcoming elections.

“We’ve been through a lot of complications over the last 50 years, but we’ve done a lot better in the last few years,” he said. All kinds of processes have been taken for free, fair and transparent elections.

“I have invited foreign nationals to come and observe the elections if they want.”

Momen, referring to the earlier visit of Ambassador Earl Miller to the Foreign Minister’s seat in Sylhet in the last national election, said, “They have not found any inconsistency. Bring observers and welcome you to observe.

“We want to improve the electoral system. If you see any weaknesses or shortcomings, we welcome your suggestions. ”