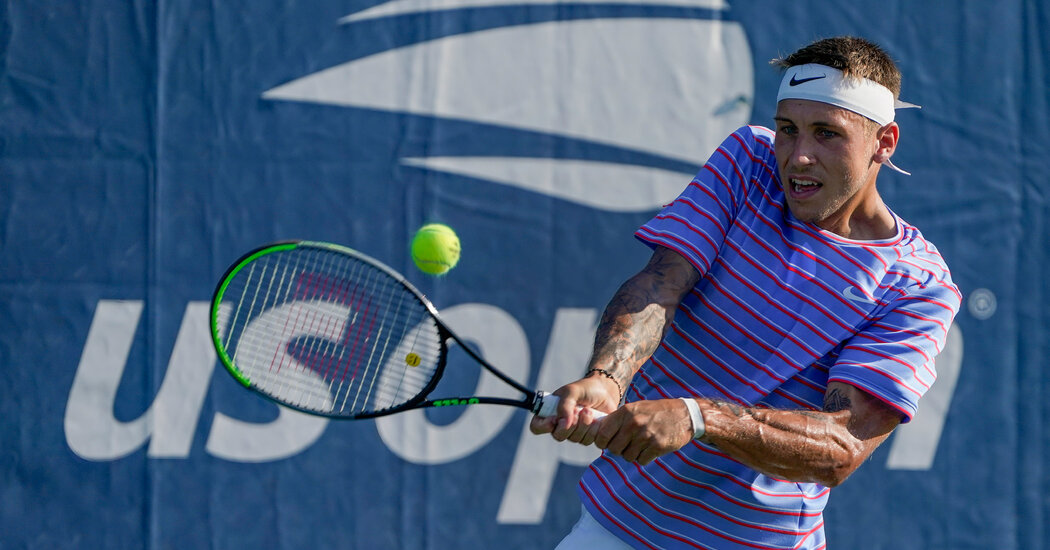 Originally from Presov, a town of about 90,000 in eastern in Slovakia, Molcan showed enough promise as a child that his mother, who was divorced from his father, took him and his little sister 250 miles west to Bratislava when Alex was 12. If he was going to make it as a pro, Bratislava was the place to train.

After a few years his mother, Andrea Jackova, moved back to Presov for work. Molcan stayed in Bratislava, living with a friend’s family. Molcan said the family traveled quite a bit and left the two boys, then 14 and 15, home alone, and not surprisingly, trouble ensued as the two adolescents began drinking and running around at will.

“Two young guys in Bratislava, it wasn’t good, of course,” Molcan said. “We did stupid things and I wasted two years maybe. The other guys were out there working hard every day and I wasn’t. That kept me down.”

But even through his rebellious adolescent haze, Molcan knew deep down he had the ability to beat good players, like Rublev, if he could only rediscover it. He needed to get his focus back. He needed his mother.

Jackova, a former sprinter, Molcan said, finally moved back to Bratislava along with Molcan’s sister. She found work as an athletic trainer, but finances were still a challenge and Molcan remembers those difficult days as “crazy times.”

“She changed her life because of me,” he said. “It’s what maybe mothers do. Maybe not. But mine did, and to be honest, this is really overwhelming for me that someone can do this for her kids.

“To move the family with a little kid, my sister, who was 3 years old, it was the hardest decision in her life because she was trying to help me be a good tennis player, to stay humble and be the good person. It is really amazing.”