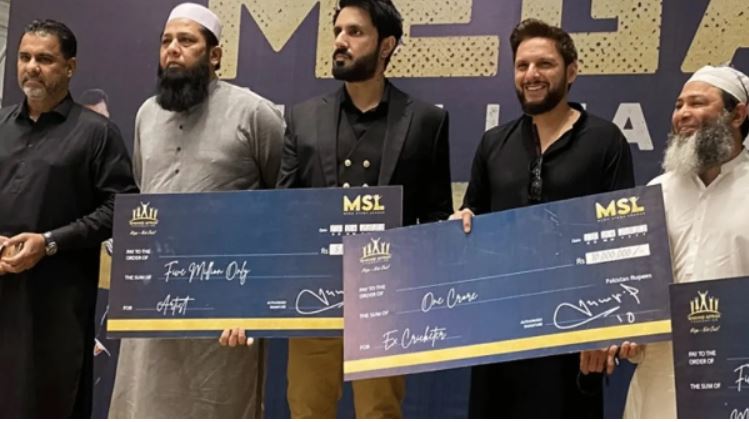 Former Pakistan captain Shahid Afridi is going to organize T20 league with former cricketers in T20 format. The Mega Stars League will be held in Rawalpindi next September.

Former legendary cricketers Waqar Younis and Inzamam-ul-Haqra along with Shahid Afridi were present at the announcement ceremony of MSL League. The tournament will be organized with six teams.

The main purpose of launching the league is to help former cricketers, sports journalists and other players. Originally it would be held as an entertainment league.