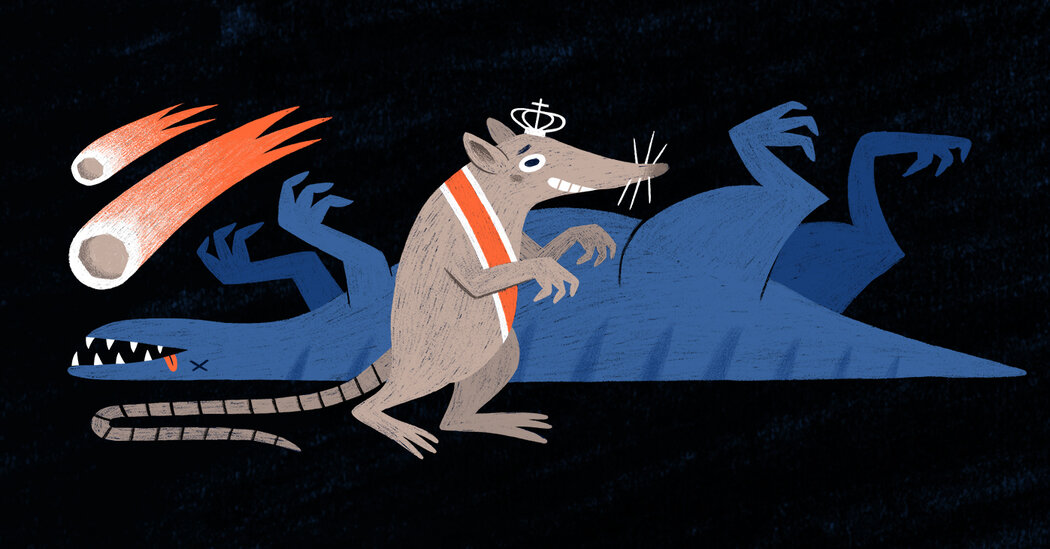 Richard Owen loathed small mammals, calling them “ratlike, shrewlike forms of the most stupid and unintelligent order of sucklers.” That wouldn’t have mattered if Owen weren’t one of the most powerful scientists of the Victorian era. A leading anatomist and paleontologist, a founder of London’s famed Natural History Museum, a puller of strings and dispenser of favors, he represented the pinnacle of British scientific endeavor, and when he spoke, even or especially when it was trash talk, it was science speaking. In an age when dinosaurs were all the rage (partly because they were one of Owen’s passions; it was he who coined the word “dinosaur”), he had no truck with runty mammalian fossils that dared vie for attention.

Now, some 150 years later, comes the paleontologist Elsa Panciroli, a research fellow at the Oxford University Museum of Natural History, with “Beasts Before Us,” her smart, passionate and seditious book aimed at erasing Owen’s lingering influence and showing us the wonders he missed when he dissed small mammals.

These animals did not and do not “think” in the way we do, Panciroli notes, nor strive for anything but to live and help their offspring do so. Yet when an asteroid strike made earth a hellscape 66 million years ago, they easily outsmarted the supposedly supreme dinosaurs, who quickly vanished, and went on an evolutionary tear that created today’s modern ecosystems and (arguably less to their credit) human life. Despite their puny stature, she writes, “their evolutionary path is not one of relegation, but innovation. They seized the moment with endothermic gusto. … Their tale is packed with evolutionary eurekas.”

Yet even now those early mammals get little respect. Why?

Part of the reason, Panciroli asserts, is size. That the average pre-asteroid mammal was puppy-scale did not sit well with a male Victorian view of evolution as a struggle for “dominance” won by large animals — your megalosauruses and tyrannosaurs, mammoths and mammoth-size saber-toothed cats — that “ruled the earth.” The “language of conquest” in which 19th-century science framed evolution, she writes, still “permeates how we talk about evolution: Animals dominate, they are kings of the jungle, they rule the seas/land/skies, and all other groups sit in their shadows like vassals. How tedious it is always talking about the rise and fall of life as though it was a series of oppressive empires.”

Another factor, she says, is the suppression of alternative scientific perspectives that has resulted from excluding from science almost anyone not white, European, and of or close to money. She widens the circle to include the painful but moving stories of local “natives” with great vernacular knowledge as well as female European scientists whose expertise was dismissed. As her narrative advances and expands, these stories cross and mesh with those of many small mammals whose evolutionary ingenuity was largely ignored until recently, and her thesis starts to emerge: To advance solid science, social justice or both, attend the overlooked and underrepresented.

Panciroli never states this explicitly and doesn’t really bring it out to be seen until a bit past the book’s middle. There, having just described the career of the talented but intensely racist Richard Broom, a star South African paleontologist of the early 20th century, she tells of Ione Rudner, a midcentury paleontologist who on job sites was expected to make meals as well as dig — and who in Lesotho discovered the late-Jurassic Megazostrodon rudnerae, the second of four mouse-size finds that “would prove to be some of the most important fossils in the world for understanding the origin of mammals.” The twin implications of Rudner’s story here, for science and ethics, show just how wonderfully explosive a book about these diminutive creatures can be.