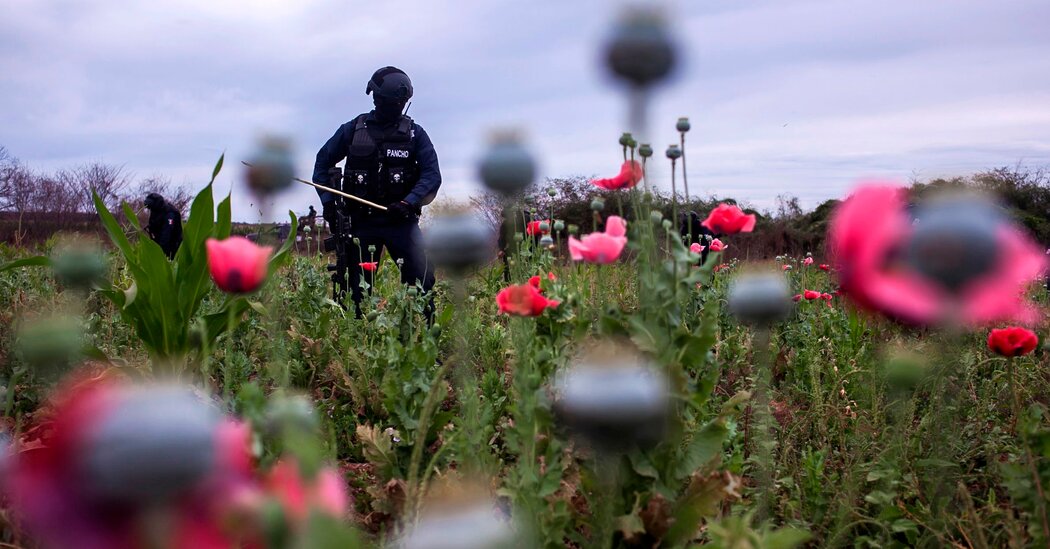 He is comfortable telling precartel narco anecdotes that he uncovered in dusty archives, but he skims over some messy details of recent atrocities. For instance, he does not identify Cardinal Posadas by name but refers to the shooting of “the pope’s representative in Mexico,” apparently confusing the cardinal with Geronimo Prigione, the papal nuncio whom Posadas was reportedly meeting the day he was killed.

Smith makes a strong case that the awful escalation of violence is “not so much in the DNA of trading in narcotics as in the DNA of prohibiting the trade.” For decades, Mexican authorities treated narcotics as a source of revenue. As early as 1915, Esteban Cantú, the appointed governor of Baja California, collected a 3.5 peso tax on every kilogram of opium imported from China and demanded a share of protection racket payments, using the money to build roads, parks and a functioning postal service.

Such a morally questionable approach was considered justifiable because, until recently, Mexico had no drug-addiction problem of its own. So long as the drugs went north, what was the harm? In the 1940s, freethinkers got the Mexican government to experiment with legalizing marijuana and permitting dispensaries to give addicts morphine, until the United States quickly forced a reversal.

But as profits increased, competition for protection schemes intensified and eventually engulfed the federal government. The corruption and violence described in the book’s final section, “Into the Abyss, 1990-2020,” is apocalyptic. By early 1997, even the Mexican Army general in charge of the nation’s war on drugs was taking payments to protect the cartels.

It didn’t stop there. The biggest drug lords now run their own rackets, unleashing their armed wings against opposing gangs that try to muscle in on their territories. Mexico’s murder rate more than doubled during the tough-on-drugs presidency of Felipe Calderón. The cartels spread their infection to car theft rings, kidnappers and illegal loggers, and then demanded protection payments from legitimate businesses. They even stalked Mexican elective politics. Just this past June, 35 candidates for local office were killed as cartels ensured that their own candidates won.

Smith ends not with policy recommendations but with the bleakest of predictions: “A century and counting, the Mexican drug trade shows no signs of slowing.”