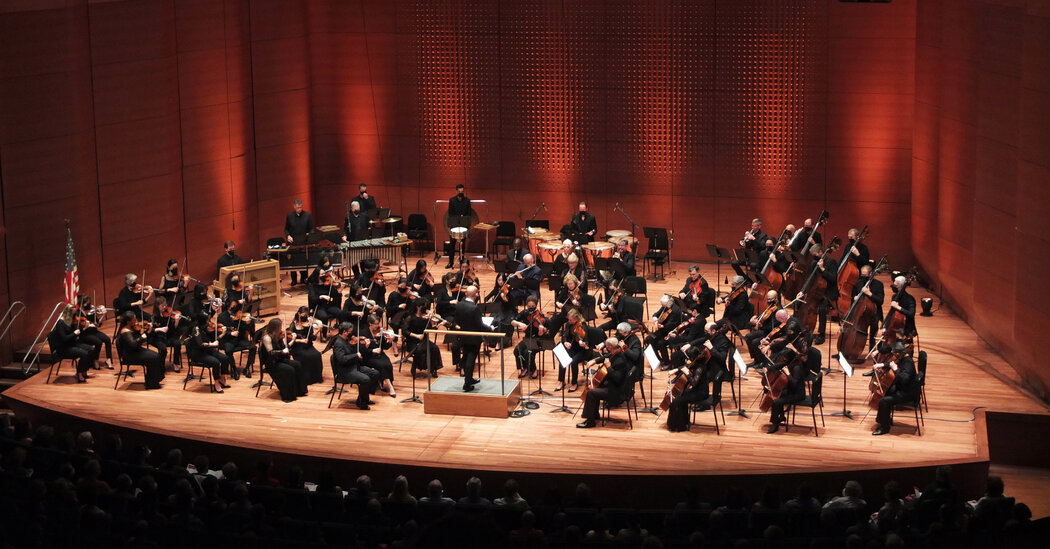 The New York Philharmonic’s concert on Friday was not just a heartening return to Lincoln Center for America’s oldest orchestra, 556 days after its last performance there.

The event also revealed an institution in the midst of momentous transitions, including the unexpected announcement on Wednesday that Jaap van Zweden has decided to step down as music director at the end of the 2023-24 season. His six-season tenure will be the Philharmonic’s shortest since Pierre Boulez’s in the 1970s.

Van Zweden’s big news hovered over the occasion. But it was hardly the only big news. The concert, at Alice Tully Hall, opened a season during which the Philharmonic’s home at David Geffen Hall will be closed for a long-awaited overhaul. For all the ravages of the pandemic, the closure allowed the Philharmonic and its dynamic president, Deborah Borda, to speed up the renovation schedule by a year and a half. Next season’s opening should take place in the “new” Geffen Hall; through June the orchestra will perform mostly in Tully, the Rose Theater at Columbus Circle, and Carnegie Hall.

The concert on Friday also showed a major institution attempting to address issues of racial and gender representation in classical music that have grown only more gnawing over the past year and a half. Mahogany L. Browne, Lincoln Center’s first poet in residence, read as part of a program that offered works by Anna Clyne and George Walker next to classics by Copland and Beethoven.

Presiding from the podium, of course, was van Zweden. On Wednesday he had explained that the pandemic led him, at 60, to reassess his priorities and to put his family in the Netherlands first. Constant travel to New York and to his other directorship, in Hong Kong, which he announced he would also leave in 2024, is surely not easy.

Still, his tenure, which with the long closure has so far amounted to only a season and a half, raises questions about whether he was the right conductor to lead the Philharmonic during a time of challenge, when major rethinking was called for. When his appointment was announced in early 2016, he had won praise as the music director of the Dallas Symphony Orchestra for building up the ensemble’s technical capacities and leading dynamic accounts of the core repertory. But was this what the New York Philharmonic needed?

Van Zweden initially quieted my reservations by enthusiastically joining the Philharmonic’s effort to lure Borda from the Los Angeles Philharmonic, where she had proven herself a visionary leader. And he arrived in 2018 full of energy and ambition. To my surprise, he was at his best leading contemporary scores, especially major premieres like Julia Wolfe’s seething multimedia oratorio “Fire in my mouth” and David Lang’s “Prisoner of the State,” a bold retelling of Beethoven’s “Fidelio.” Van Zweden seemed in his element on both occasions.

Working with Borda, he joined in two new-music series: Nightcap and Sound On. As his second season began, he presided over the start of Project 19, which commissioned works from 19 female composers to commemorate the centennial of the 19th Amendment. One of them, Tania León’s “Stride,” won the Pulitzer Prize this year.

Yet when leading the standard repertory, which was supposed to be his selling point, van Zweden, seemingly bent on adding new vitality to classics, often went too far, resulting in blaring, aggressive and overly emphatic performances. Not always. He has conducted some vibrant, insightful accounts of Rachmaninoff and Brahms symphonies and other works.

But he has given some bafflingly blatant performances of the staples. And too often his programs drop a relatively short new piece into an evening of familiar fare. A disappointing number of programs this season hew to the same uninspired thinking.

He explained on Wednesday that he sees his main mission now as taking the orchestra through its nomadic season and inaugurating the next at what should be a splendidly renovated hall. More power to him. He will have two full seasons there; I’ll be waiting to see if the new space emboldens him — and the orchestra — to take artistic chances and match the moment.

The program on Friday, at least, was thoughtfully conceived and finely performed. Clyne wrote the tender, elegiac “Within Her Arms,” scored for 15 strings, in 2008, in the aftermath of her mother’s death. The title comes from a poem by the Buddhist monk Thich Nhat Hanh, and the performance was preceded by Browne’s sensitive reading of a crucial passage. Van Zweden intriguingly had the strings give some extra pinch to dissonant intervals and chords, and brought out the subtle urgency that courses below the surface of this ruminative piece.

Then, with the full orchestra, Daniil Trifonov was the soloist in Beethoven’s Piano Concerto No. 4. As we have come to expect from this remarkable artist, he played magnificently — by turns daring and sensitive, impassioned and poetic. When he wanted us to hear intricate details he brought uncanny clarity to bear. But other times, whole passages unfolded in swaths of milky colorings. The orchestra sounded plush, full-bodied and brilliant in Tully, which, with about a thousand seats, is far smaller than Geffen or Carnegie.

At the start of the evening, the audience applauded and cheered enthusiastically when a heartfelt Borda came onstage and welcomed the Philharmonic’s audience back. With the new Geffen well on its way, she had begun to drop hints she was considering stepping down. But now she has the chance to set a new direction for this storied orchestra by appointing a new music director. (How about its first woman?) I hope she’s still on the job in three years, when a new era will begin.