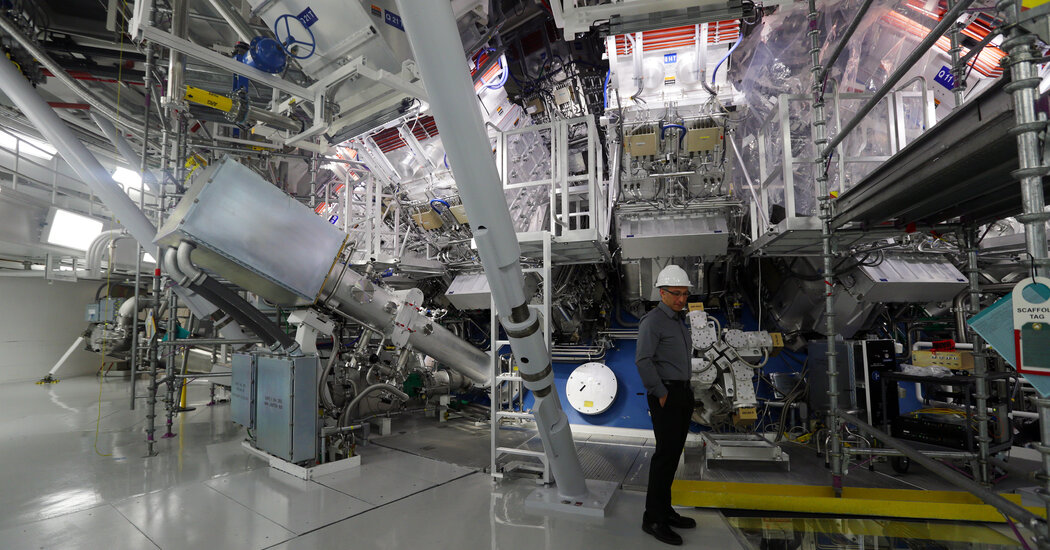 This star-building quest began in the 1960s, and for the first decades it was driven by government investment. But in the past 20 years or so, dozens of start-up companies have joined the race with innovative designs, marketing skills and big promises. Many of them opt against magnetic confinement and instead fire giant lasers at fuel pellets, or try to implode pellets by other, often undisclosed, methods. For his book, Turrell visited and interviewed several of the people behind these efforts — just to report that all of them think their own approach is the most promising one.

With his Ph.D. from Imperial College, London, Turrell would have been well qualified to judge the prospects of these different fusion technologies, but he withholds his opinion, except for expressing mild skepticism about the most audacious claims that we will see a significant plasma energy gain in the next few years. (Plasma energy gain is the ratio you get when you divide the thermal energy the plasma releases by the thermal energy that you put into the plasma. If it’s larger than 1, that means net energy is released. The record for plasma energy gain is 0.67, set in 1997 by the Joint European Torus.)

The ratio is a useful way to describe advances in controlling the plasma, but it’s misleading if one wants to judge the societal prospect of fusion power. Figuring out how much energy actually gets used in fusion is far from straightforward. Keeping up strong magnetic fields requires cooling the magnets with liquid helium. This takes energy, and not all of that energy is delivered to the plasma. Similarly, powering up a laser takes more energy than goes into the beam, and much of that energy also never makes it into the plasma.. Regardless of the approach, a certain amount of energy needed for fusion isn’t accounted for in the plasma energy gain. And the thermal energy that is created by fusion still needs to be converted into electricity, which isn’t possible with 100 percent efficiency either. That conversion, too, isn’t accounted for in the plasma energy gain.

The more relevant way to evaluate fusion power would be by looking at what Turrell calls the “wall-plug” energy ratio: the electric energy out divided by the electric energy in. He mentions this method in one sentence and never returns to it, a missed opportunity to clear up the widespread confusion between the wall-plug gain and the plasma gain. Confounding these two measures unfortunately makes fusion technologies appear much closer than they really are to providing power to the electric grid.

The eventuality of fusion pouring energy into our homes by midcentury is a recurring theme in the book, one voiced by many of the people Turrell interviews. What he doesn’t include is anyone willing to question the premise that spending so much on nuclear fusion now, when other clean energies can make a more tangible impact on our energy mix, is a good idea. And while Turrell withholds judgment on which of the different fusion technologies might be most promising, he freely offers an optimistic outlook for the future of fusion power and is adamant about the need to invest in it.