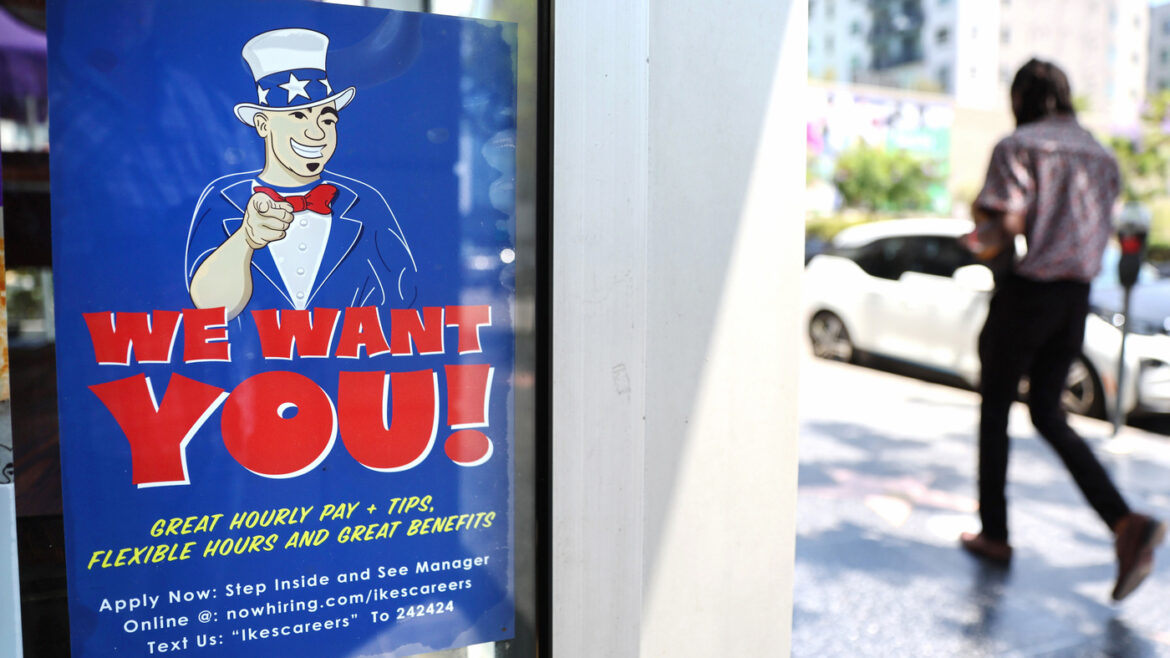 A ‘We Want You!’ sign is posted at an Ike’s Love & Sandwiches store in Los Angeles on July 26. 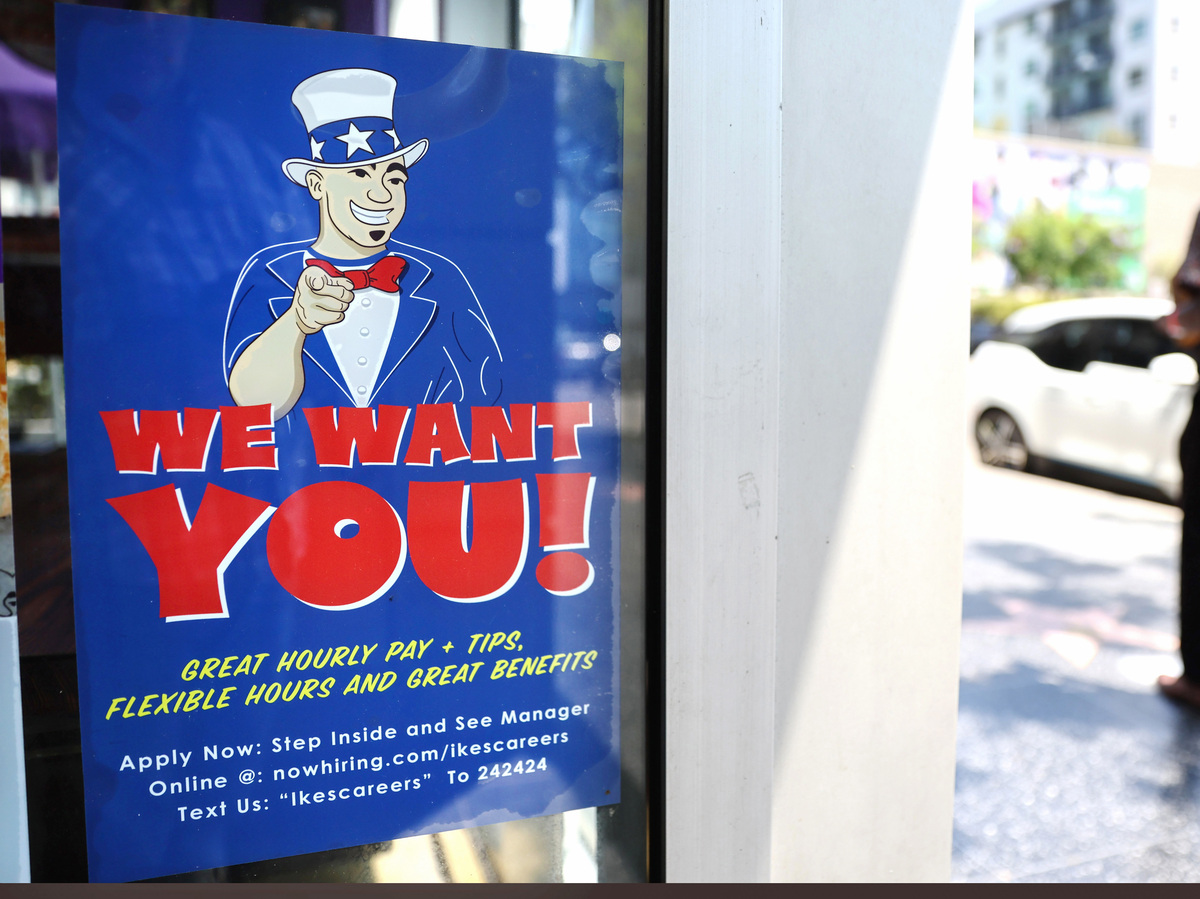 A ‘We Want You!’ sign is posted at an Ike’s Love & Sandwiches store in Los Angeles on July 26.

The pace of hiring unexpectedly surged last month, as the U.S. job market showed surprising strength in the face of high inflation and softening economic activity.

Employers added 528,000 jobs in July according to the Labor Department — a significant acceleration from the previous month.

Job gains for May and June were also revised upwards by a total of 28,000 jobs, while the unemployment rate fell to 3.5%, matching its lowest level in decades.

The uptick in job growth surprised analysts who had expected a slowdown. The U.S. economy has now replaced all of the jobs that were lost in the early months of the pandemic.

No signs of widespread job cuts

Separate reports from the Labor Department this week showed the number of unfilled job openings has declined slightly, while the number of people filing new claims for unemployment benefits is inching up.

Still, there’s no sign of widespread layoffs or a sharp jump in unemployment, although some companies like trading app Robinhood have recently announced job cuts.

“I think what we’re seeing is the soft landing that a lot of folks are hoping for,” said Dave Gilbertson, vice president at UKG, which tracks the working hours of some four million hourly employees. “I really do believe this is going to be a tight labor market for a long time.”

The strength of the job market is in contrast with other economic indicators, which show the U.S. economy shrinking during the first six months of the year.

That’s often a sign of recession, but many observers find that hard to reconcile with an economy that’s added more than 3 million jobs this year.

“If you think about what a recession really is, it’s a broad-based decline across many industries that’s sustained for more than a couple of months,” Federal Reserve Chairman Jerome Powell said last week. “This doesn’t seem like that.” 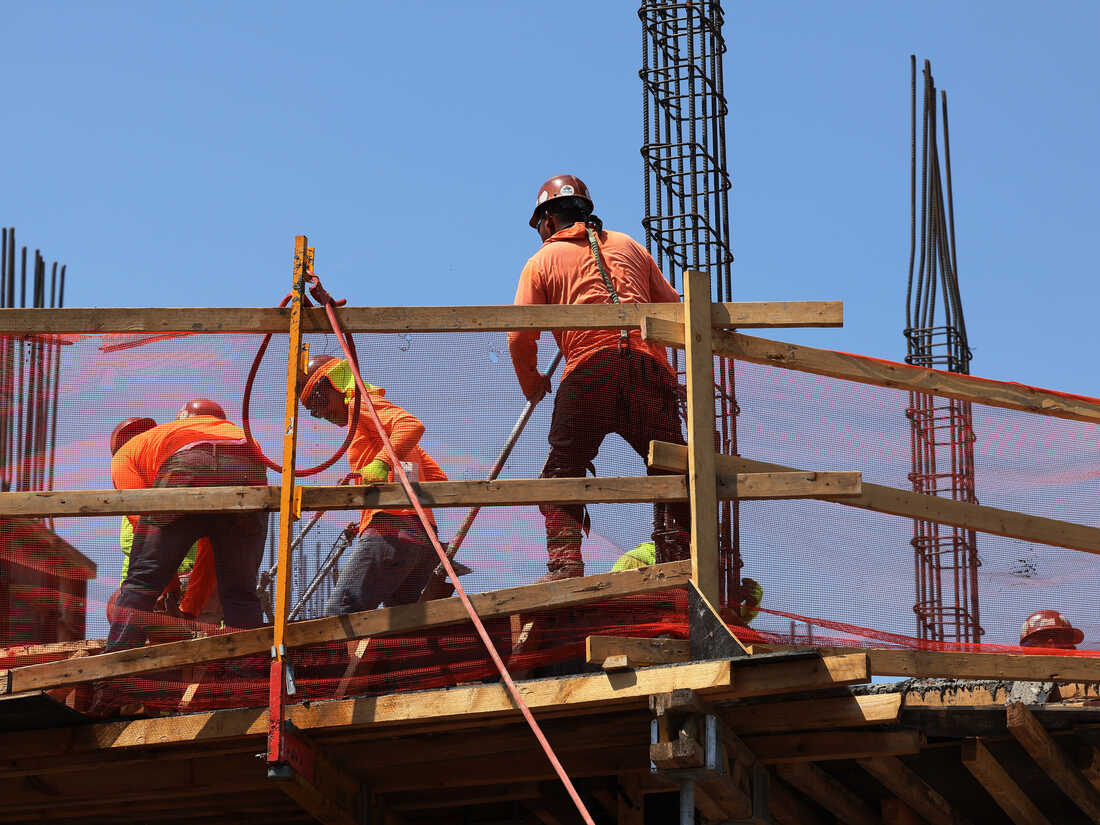 Construction workers work on a construction site in Brooklyn, N.Y., on July 22. 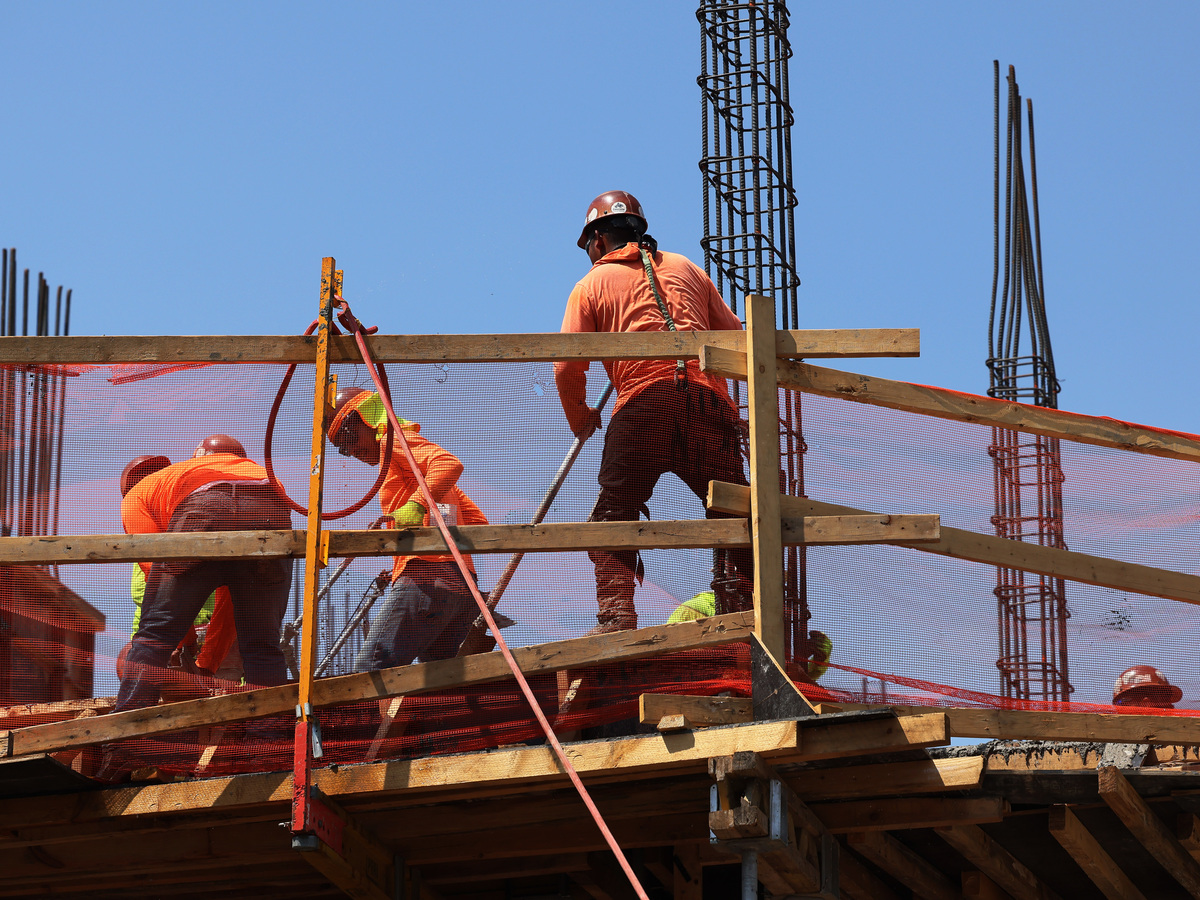 Construction workers work on a construction site in Brooklyn, N.Y., on July 22.

The Fed faces a challenging task

Powell and his colleagues at the central bank are deliberately trying to slow the economy by raising interest rates in an effort to curb inflation. But they hope to do so without triggering a recession or widespread job loss.

“We think that there’s a path for us to be able to bring inflation down while sustaining a strong labor market,” Powell said. “We know that the path has clearly narrowed.”

The central bank would actually welcome some cooling in the job market, since red-hot wage growth has the potential to fuel inflation. Private sector wages jumped a whopping 5.7% for the twelve months ending in June, while employers’ cost for benefits rose 5.3%.

“Wage gains and benefit growth is great for households,” House said. “But it’s still trailing in comparison to inflation and it’s making the Fed’s inflation problem very difficult to control and bring down.”

Not all recessions are created equal

House predicts that job growth will continue to slow this year as interest rates climb and consumer spending softens. Even if the Fed’s efforts to curb inflation do lead to a recession, as many forecasters expect, it’s likely to be much milder than the last two economic downturns, in 2007-9 and 2020.

“Not all recessions are nearly as bruising as a financial crisis or a global pandemic,” House said.

Friday’s report shows fewer people were working or looking for work in July, after a substantial drop in the labor force the month before.

“Given the inflation that households are seeing right now, that might tip some workers to come back into the jobs market,” House said, “just to help shore up their finances.”