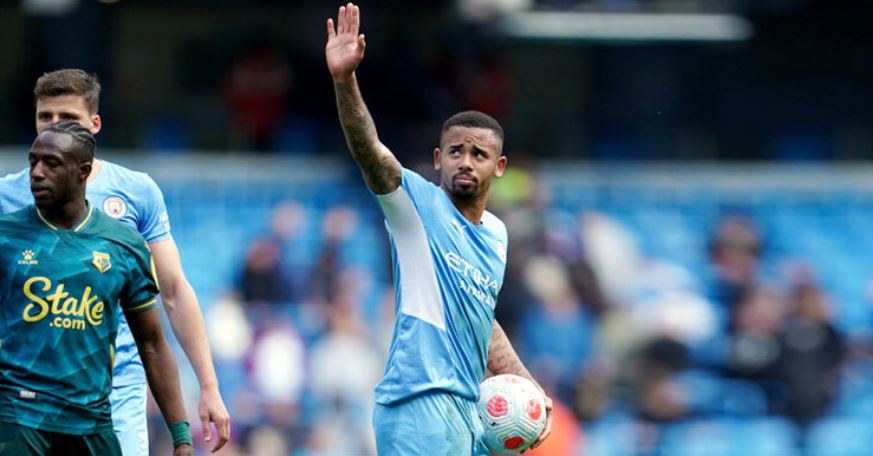 It is always difficult to find the perfect Pep Guardiola’s favorite player. However, Gabriel Jesus has won the heart of the coach many times with his impressive performance. After his four goals against Watford, the discussion is moving forward.

Hardworking, selfless and versatile, the Brazilian has often had to wait for his place in the team. Even with the English media coming out this week, he could leave Manchester City this summer. Even so, owning one is still beyond the reach of the average person.

His craft may be overshadowed many times. But since joining the club as a teenager in 2016, City have always relied on him in one way or another.

In all competitions, Jesus has scored 93 goals in 230 appearances for City. There are 41 assists. His trophy showcase is not empty. He is heading for his fourth Premier League title this season and has already won four home cups.

Guardiola praised Jesus, who scored his first hat-trick in the league against Watford on Saturday. According to him, there is no need to bring such a performance to prove that the Brazilian star is an important member of the team.

“We are happy with him because he has won the team,” said Guardiola. However, it is not the case that for the team, Gabby will have to perform as he does today or score four goals.

The City coach added: “He missed two chances against Liverpool (FA Cup semi). But the important thing is that he is in the team. He has incredible abilities. He is always thinking of giving the best to the team.

He is the happiest coach as Jesus performs, said Guardiola. In his words, ‘I am the happiest person in the world when he spends such a night. Because he works hard in training, whether he plays or not. His better days will come. I can say for sure because I am older than him. I know what I’m talking about. ‘

However, despite such praise from the Man City coach, the presence of Jesus in the club is uncertain. City’s contract with the 25-year-old is set to expire in 2023.

Arsenal have their eyes on Jesus. They can make a very attractive offer to take him to London. And the fact that Jesus has more time on the field to match himself may come to mind. He has been in the starting XI in just 18 of the 33 Premier League matches this season.

Although now Guardiola seems keen to keep him. However, he also knows that Jesus can leave the club if he is not guaranteed to play 90 minutes.

“What we need for Gabriel is one of the best,” said Guardiola. However, every player wants to play 90 minutes. At the end of the season I might talk about extending his contract. I want to keep him. However, he can also say that he wants to leave the club for more minutes.