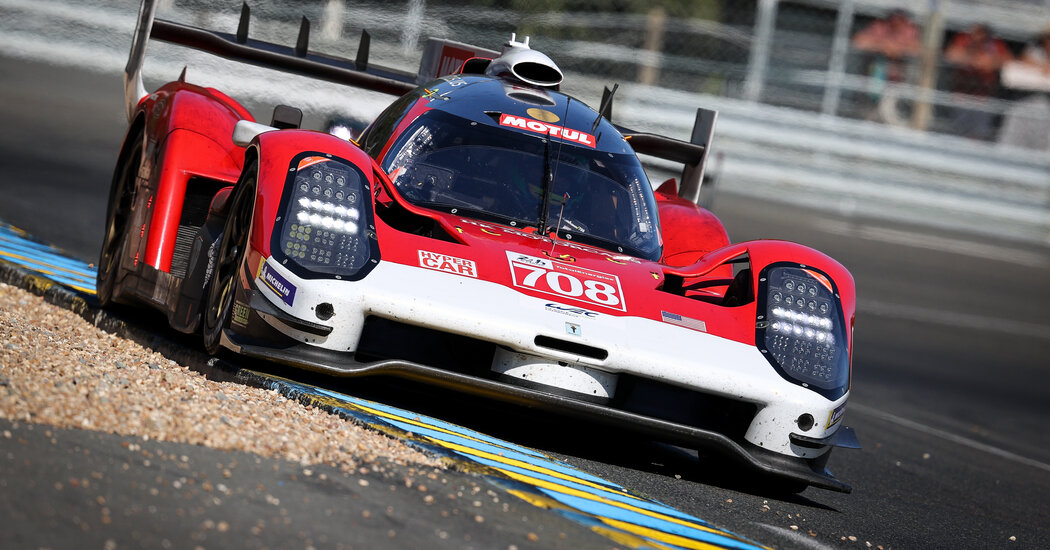 Twelve entries withdrew from Le Mans last year because of the pandemic, citing travel restrictions and financial uncertainty. Corvette’s absence was notable because it had planned to debut its C8.R car in the GTE-Pro category. It was the first time since 1999 that the Chevrolet brand had not raced at Le Mans.

“When you watch it on TV, you realize how special it is,” Taylor said. “You’re like, ‘OK, I definitely miss this now, and I want to be back.’ It definitely motivates you even more to get back there and be competitive.”

This year’s race features 62 cars and will be the debut of the Le Mans Hypercar class, which replaces LMP1, high performance prototype sports cars. The Hypercars are designed to be concepts of future production cars, making them more relevant for automakers. The LMP2 prototype class and the two Grand Tourer classes, GTE-Pro and GTE-Am, also will return to Le Mans.

The Hypercars are expected to be 15 seconds per lap slower than last year’s LMP1 cars because of greater weight and less downforce. But Hartley said his new GR010 car was “made for Le Mans.”

“I’m expecting it to come alive at Le Mans,” Hartley said. “With the long straight lines, we’re expecting to see similar top speeds that we saw with the LMP1s. But some of the corners that weren’t corners before, maybe they’re going to be. We’re definitely going to have our eyes open.”

The new Hypercar category is already proving attractive. Peugeot said it would enter that class starting in 2022, while Ferrari enters in 2023. A sister class, known as Le Mans Daytona h, has confirmed entries from Porsche, Audi, Acura and BMW from 2023.