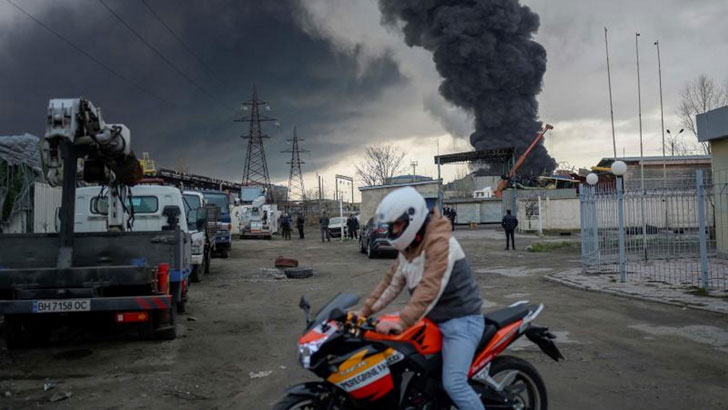 The calm Odessa was shaken by the Russian attack
Russia launched its first attack on Ukraine on 24 February. Since then, they have been wreaking havoc in the country.

The capital, Kiev, and its environs are the worst-hit areas.

Moreover, the Russian forces have launched a massive attack on the port city of Mariupol. They have turned Mariupol into ruins.

Odessa, another port city, has not yet seen the onslaught of Russian aggression, despite the ravages of war in other cities and regions. The city was quiet and safe.

But this calm Odessa trembled on Saturday.

The day after his announcement, a missile strike took place in Odessa, in the south.

Odessa is a port city in southern Ukraine. Russia has been keeping an eye on Odessa since the beginning of the war.

Ukraine has claimed that the Russian military launched a missile attack on a tall building.

Earlier, the Ukrainian Air Force said in a statement that it had intercepted two more Russian missiles. But two other missiles hit two residential buildings.