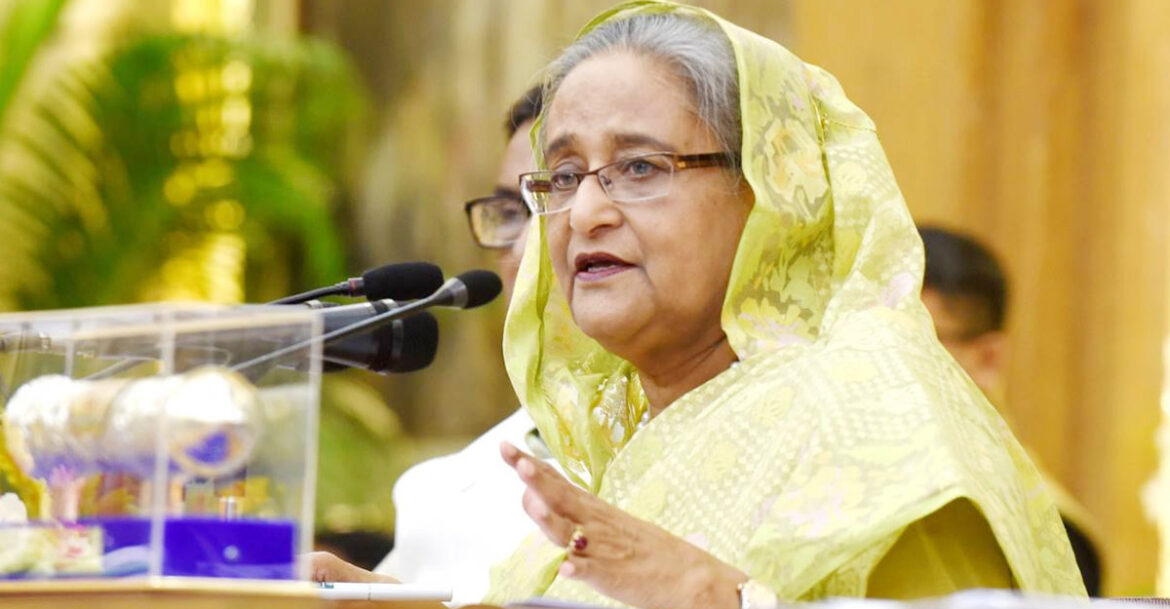 Prime Minister Sheikh Hasina has said that BNP is a party established by the occupiers of power.

“They have no vision for the people,” he said. Their greed for power is big. Money laundering, corruption, creation of militancy, creation of Bangla Bhai were their work. They have not done anything for the welfare of the people of the country.

He was speaking at the inaugural function of the Bangabandhu Sheikh Mujib Mobile Railway Museum with 1 broad gauge and 1 meter gauge coach and 30 meter gauge and 16 broad gauge locomotives virtually connected from Ganobhaban on Wednesday (April 26) morning.

The Prime Minister said, “We want to take the country forward.” But sometimes the disaster comes, it is also sad. When we bought the new coach-locomotive, the BNP started fiery terror. Sadly, the new trains carrying passengers were set on fire.

He said that many railway lines, railway coaches, railway engines were burnt by BNP. Or is it their movement. I don’t know what kind of movement it is to burn people or set fire to a moving bus or train launch. This is a kind of terrorist activity.

“We lack manpower in the railways,” he said. Manpower must be increased. That is why action has already been taken. I think it should be implemented quickly.

The Prime Minister thanked all concerned in the Ministry of Railways for setting up ‘Bangabandhu Sheikh Mujib Mobile Railway Museum’. In this context, he said, the contribution of the father of the nation for the independence of Bangladesh or the Bengali nation will be better known to the people of our country. After the assassination of the Father of the Nation in 1975, the name of the Father of the Nation was completely erased from the history of Bangladesh. But no one can erase history and that is the proven truth today.

The Prime Minister said Eid a few days later. Eid will increase our movement. The new locomotive that is going to be launched today will enable the people of the country to participate in the Eid festival in a better and easier way. You will be able to return to your own home.

He said that Railways has also been established as a for-profit organization today. I think it would be more beneficial to be able to provide better manpower here, to be able to expand the lines and to introduce new lines. Those who work in the railways work with utmost sincerity.