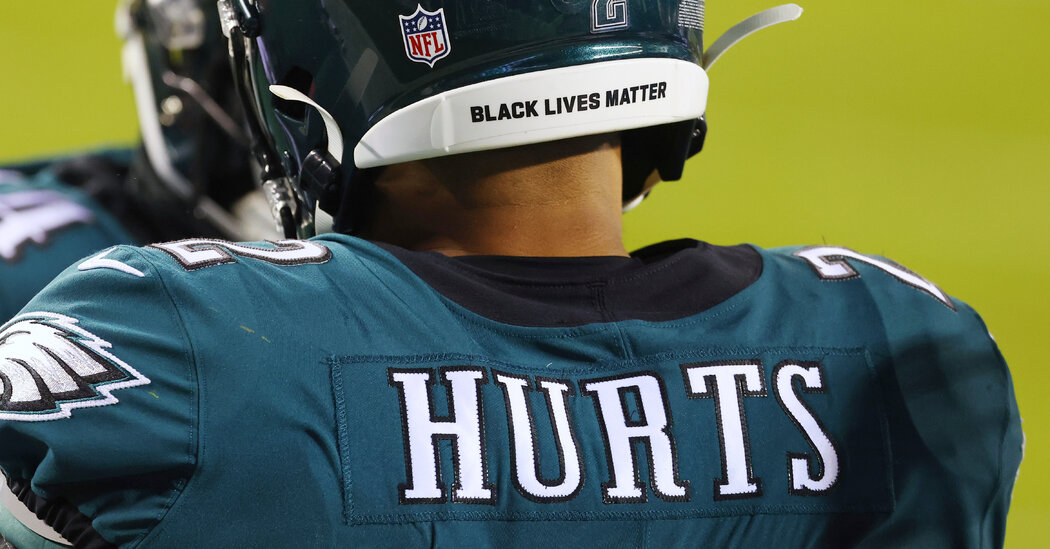 In Thursday night’s season opener, players stood on the field at Raymond James Stadium with their arms intertwined as Alicia Keys and the Florida A&M choir performed “Lift Every Voice and Sing” before the game’s start.

The N.F.L. began airing the song, also known as the Black national anthem, as part of its TV broadcasts before games following the worldwide racial justice protests held after the police killings of George Floyd and Breonna Taylor. It also included a performance of the song before the draft in April.

The league will continue to include the song’s performance in its pregame ceremonies as part of its continued social justice efforts.

“Lift Every Voice and Sing,” written over 120 years ago by N.A.A.C.P. leader James Weldon Johnson, captures in its lyrics the solemn hope for the liberty of African Americans, which read in part:

“Sing a song full of the faith that the dark past has taught us.

Sing a song full of the hope that the present has brought us.

Facing the rising sun of our new day begun,

Let us march on ’til victory is won.”

Along with playing the song before its games, the N.F.L. will also allow players to wear helmet decals with one of six approved social justice messages. The league will again display the slogans “It Takes All of Us” and “End Racism” on end zones in solidarity with social justice movements against racism and police brutality.