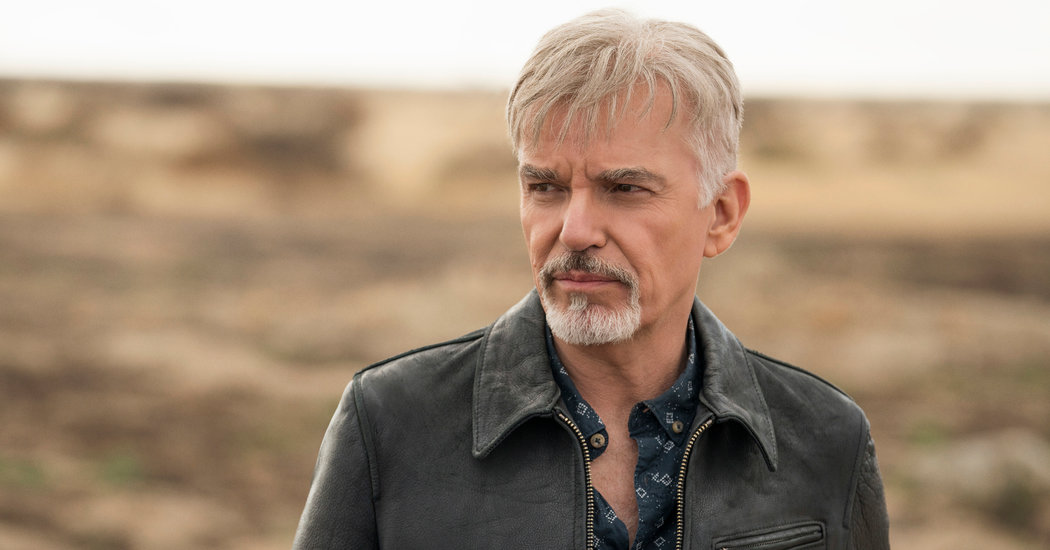 Every month, streaming services add movies and TV shows to its library. Here are our picks for some of September’s most promising new titles. (Note: Streaming services occasionally change schedules without giving notice. For more recommendations on what to stream, sign up for our Watching newsletter here.)

Billy Bob Thornton says goodbye to one of the best characters of his career with the fourth and final season of “Goliath,” a California legal drama inspired by film noir. Thornton has spent three seasons playing Billy McBride, a formerly high-powered and high-living lawyer who crashed hard and has since been trying to redeem himself, one seemingly unwinnable case at a time. For this last run of episodes, Billy finds himself in San Francisco, fighting his mental, physical and emotional frailties while helping a big-time law firm earn a potential billion-dollar settlement against some opioid-peddling pharmaceutical companies. Once again, an ace supporting cast (including the series regular Nina Arianda and the newcomers Bruce Dern, Jena Malone, J.K. Simmons and Elias Koteas) works magnificently to deliver a moody and complex mystery with juicy twists.

‘Come From Away’
Starts streaming: Sept. 10

Two national tragedies — the Sept. 11, 2001, terrorist attacks and the COVID-19 pandemic — play a role in this recording of the Tony-winning musical “Come From Away,” shot in a Broadway theater earlier this year in front of a specially selected live audience of emergency responders, health care workers and 9/11 survivors. The show is a tuneful and impressionistic document of a true story from that day, describing the moments of kindness and connection that happened when the friendly Canadian small town of Gander, in Newfoundland, took care of over 7,000 passengers from planes diverted to its airport. Both an imaginative piece of journalism and an emotional recollection of a difficult time, “Come From Away” is a cathartic entertainment, tempering heartbreak with hope.

One of the most influential science-fiction franchises of all time, Isaac Asimov’s “Foundation” is as relevant today as it was when the original trilogy of books was written in the 1940s and ’50s. The long-in-development, flashy-looking TV version embraces the modern parallels. Jared Harris plays the brilliant mathematician Hari Seldon, who has crunched the numbers and has determined that the millennia-old galactic empire is due for an irreversible collapse in a few centuries, leading to 30,000 years of chaos. But that chaos could be reduced to a mere 1,000 years if society took immediate steps to preserve its knowledge and culture. The show’s creators, David S. Goyer and Josh Friedman, tell a story that spans multiple planets and decades but is ultimately about how ordinary human weaknesses and fears sometimes keep us from realizing our grandest ambitions.

This remake of the ’90s family dramedy “Doogie Howser, M.D.” moves the action from Los Angeles to Hawaii and changes the protagonist from a teenage boy to a teenage girl (played by the Disney Channel favorite Peyton Elizabeth Lee). But the premise remains the same: What if a child genius finished college and medical school early and became a licensed doctor by age 16? Like the original, this new “Doogie” is a coming-of-age story about a precocious kid, who discovers that knowing a lot about how to fix human bodies hasn’t wholly prepared her for the more adult problems of romantic heartbreak and workplace woes.

“Happier Than Ever: A Love Letter to Los Angeles”

Based on the acclaimed 1973 TV mini-series from Ingmar Bergman, “Scenes From a Marriage” stars Jessica Chastain and Oscar Isaac as a seemingly content upper-middle-class couple whose relationship begins to splinter when the circumstances in their lives prompt them to scrutinize what they have. Written by the playwright Amy Herzog and the writer-producer-director Hagai Levi (best-known for the original Israeli version of the show that became HBO’s “In Treatment”), this new “Scenes” follows the arc of Bergman’s original story while taking into account what has changed in the past 50 years of gender dynamics. Chastain and Isaac anchor the series, playing a husband and wife who still love and appreciate each other but who have outgrown their old expectations.

‘What We Do in the Shadows’ Season 3
Starts streaming: Sept. 3

This hilarious horror mockumentary had a great run last year, with the cast and writers expanding on the show’s initial concept: a Staten Island version of the 2014 New Zealand movie about bickering vampire roommates. “What We Do in the Shadows” is still an episodic sitcom, with each chapter telling its own story. But the larger arc that started to develop in Season 2 continues in Season 3 as this band of slacker bloodsuckers and their shrewd human assistant Guillermo (Harvey Guillén) find themselves presented with new opportunities. Although the characters have richer back stories now — filled with bizarre, centuries-old grudges — this show’s primary asset is still its performances, as some very funny actors react with deadpan irritation at the paranormal craziness surrounding them.

For over a decade, the Brian K. Vaughan and Pia Guerra comic book series “Y: The Last Man” has been in development for a screen adaptation — first for the movies and then for TV. There’s a good reason the project’s producers have been so persistent: “Y” has an irresistibly juicy premise, depicting a society where an apocalyptic event has killed every mammal with a Y chromosome on Earth except for one. The comics are also filled with memorable characters and thrilling plot twists. This version retains both the grabby story and the fascinatingly eclectic cast — including the title hero, Yorick Brown (Ben Schnetzer). But the series’s head writer, Eliza Clark, has also updated the original’s exploration of gender roles.

“The Killing of Two Lovers”

“The Lost Symbol” is the third novel in Dan Brown’s popular series of books about Robert Langdon, a Harvard professor who specializes in symbology and classical art — and who often ends up using his know-how to help the authorities crack the secret codes underlying international conspiracies. Tom Hanks has played Langdon in the movie versions of Brown’s stories. Ashley Zukerman has taken on the role for a TV adaptation that is meant to serve as an entry point for newcomers. As with the books and the films, this version is a complicated tale of good versus evil, featuring a lot of scenes of smart folks solving ancient puzzles in dark and dangerous chambers.