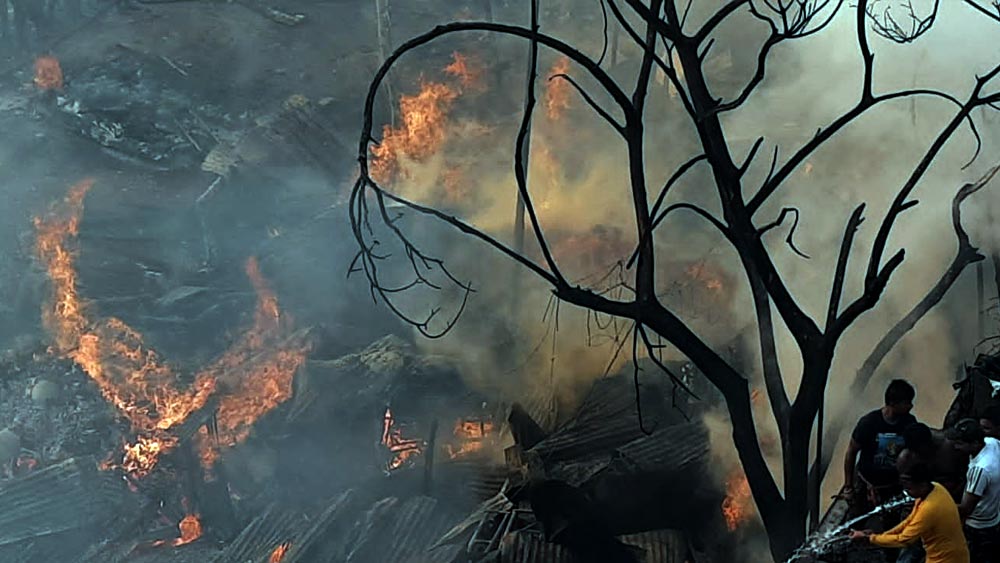 The fire was almost under control at the Christopher Road factory in El Tanger. The fire broke out there on Sunday afternoon. At first, the locals started putting out the fire. After that 10 fire engines came to the spot. Fire Minister Sujit Basu said, “The fire department is constantly trying. 10 engines sent. A few more engines are on the road. It is difficult to work because the area is crowded. Hopefully, the fire will be under control in a few moments. ” On the other hand, there was a fire in that place before. Again, a part of the local people are venting their anger over this fire incident.

A local woman said, “I sat down to eat lunch. Suddenly there is a monstrous sound. I went out and saw that there was a fire. I took the children away. There were two or three fire incidents here. I don’t know how many more days I have to be scared like this. ” Another said, first a car factory caught fire. Cars were repaired in that factory. There was a lot of combustible material like petrol-diesel. As a result, the fire spread to the warehouse next door.

There are several factories in that area of ​​Tangra. And the area is very crowded. In the words of an official of the administration, “the factories are very old. At one time there were not so many settlements. Now the situation is that one house is attached to the other. As a result, if the situation does not change, there is a risk of greater losses in the coming days.