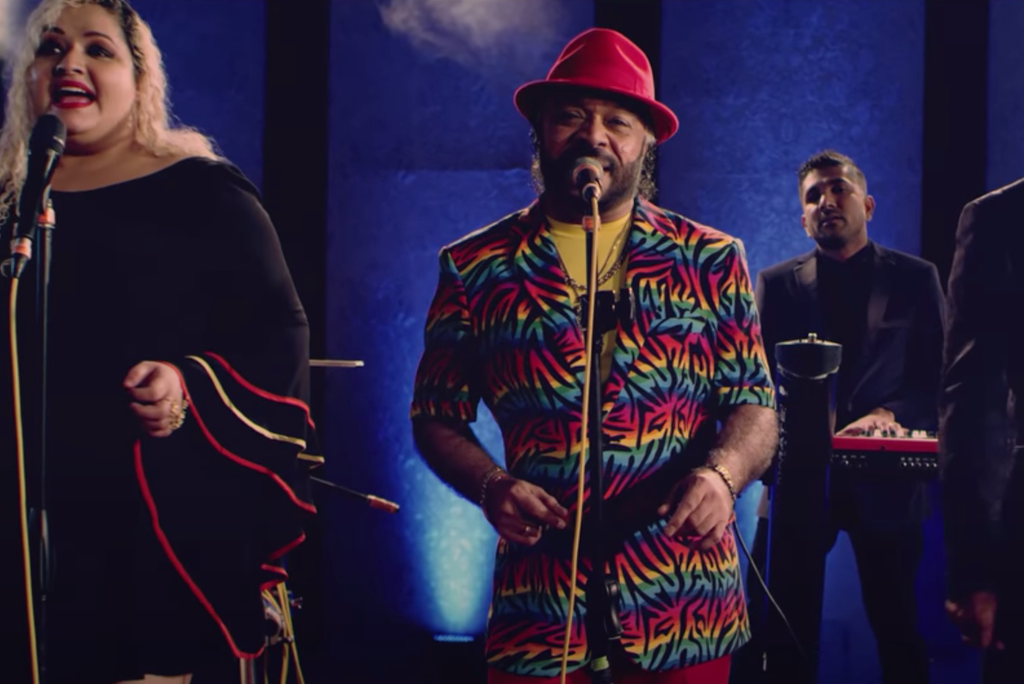 On his deathbed at a hospital in Colombo, the nation’s capital city, Mr. Perera had asked for a guitar, but one was not provided. So he turned to what couldn’t be denied.

“The doctor told me that the day before he died, he was singing and entertaining everyone there,” said Piyal Perera, Sunil’s brother and bandmate.

Mr. Perera died on Monday at Nawaloka Hospital, his brother said. He was 68.

While the cause of death was not clear, Piyal Perera said, Mr. Perera had been recovering from Covid-19 when he was rushed into intensive care.

Few have made as large an impact on Sri Lanka’s cultural and entertainment scene as Mr. Perera did for half a century. Often dressed in bright colors and wearing a fedora, he produced hit song after hit song through the Gypsies, the family band, which was preparing to celebrate its golden jubilee this year.

The Gypsies specialized in baila, a jolly and rhythmic genre sung mostly in Sinhalese but influenced by the Portuguese, who colonized much of the island in the 16th and 17th centuries.

Over the decades he used his lyrics and his voice to amplify concerns about Sri Lanka’s shrinking democratic space. The country, still recovering from years of civil war, has been beset by government pressure against journalists, activists and minority groups. Mr. Perera frequently attacked the country’s decaying political elite, which has become bogged down in bickering and that, he believed, was dashing the nation’s hopes.

“He was both popular and a protester,” said Lakshman Joseph-de Saram, a film composer from Sri Lanka. “We rarely have a Bob Dylan and a Michael Jackson in one package.”

Tributes poured in after Mr. Perera’s death, including from politicians he had openly criticized. He directed his anger at the country’s ruling Rajapaksa family, and at the opposition that repeatedly disappointed him with the chaos in its ranks.

President Gotabaya Rajapaksa called his passing “a great loss.” Sajith Premadasa, leader of the opposition, said Mr. Perera had “pioneered a modern-day revolution in the musical history of Sri Lanka.”

He was born Uswatta Liyanage Ivor Sylvester Sunil Perera in 1952 to a Roman Catholic family and grew up in the Colombo suburb of Moratuwa. He was one of 10 children of Anton Perera, a former soldier, and Doreen Perera, a homemaker.

The elder Mr. Perera built the Gypsies largely around his children. Sunil was a teenager when he joined the band and later became its lead singer. He described his father as a disciplinarian who had wanted him to complete his higher education, but who supported his choice when he left his studies to focus on guitar and voice training. In 2017, the Gypsies recorded a family tribute to their founder.

Why Did Two People So Poorly Matched Stay Together So Long?

To Survive the Pandemic, a Secret Nintendo Cafe Is Secret No Longer

Sunil Perera’s opinionated lyrics and public stances set him apart from other high-profile musicians in Sri Lanka. In his songs he dealt with corruption and politicians soured after their election losses. One song depicted aliens landing in Sri Lanka and turning down an invitation to stay.

“It’s 72 years since we got independence,” he said in one interview. “We are in debt to the whole world. Is it the fault of the people? Whose fault is it? I don’t blame one group. I blame the entire set of politicians who ruled us.”

He was open about his personal life, discussing what he saw as hypocritical attitudes about sex in Sri Lanka’s conservative society. But his language often got him in trouble, particularly when he described women as “baby machines” in a discussion of how large Sri Lankan families were in his father’s generation.

His friends and family acknowledged that Mr. Perera could be divisive. But they said his outspokenness had come from his firm belief that Sri Lanka could overcome the ethnic and religious divides that have led to conflict for decades. Piyal, his brother, said Mr. Perera had declared that what would make him happiest would be if all four of his children married into four different communities.

“His head was not swollen with the fame — he was simple,” said Mariazelle Goonetilleke, a fellow musician and friend. “He was not afraid to tell the truth, always spoke his mind. There were people who didn’t like that.”

Mr. Perera came down with Covid-19 last month and was hospitalized for 25 days before being discharged, only to be readmitted, this time in intensive care, just days later.

In addition to his brother, survivors include his wife, Geetha Kulatunga; two daughters, Rehana and Manisha Perera; and two sons, Sajith and Gayan.