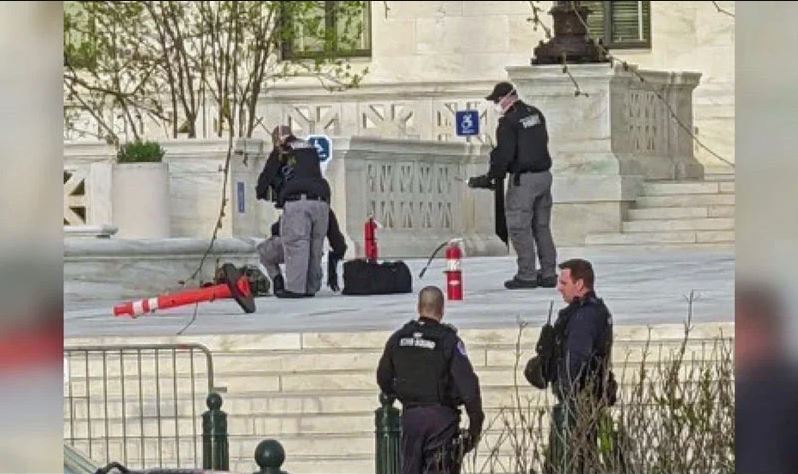 A man has set himself on fire in front of the US Supreme Court near Capitol Hill, the parliament building in the US capital, Washington DC.